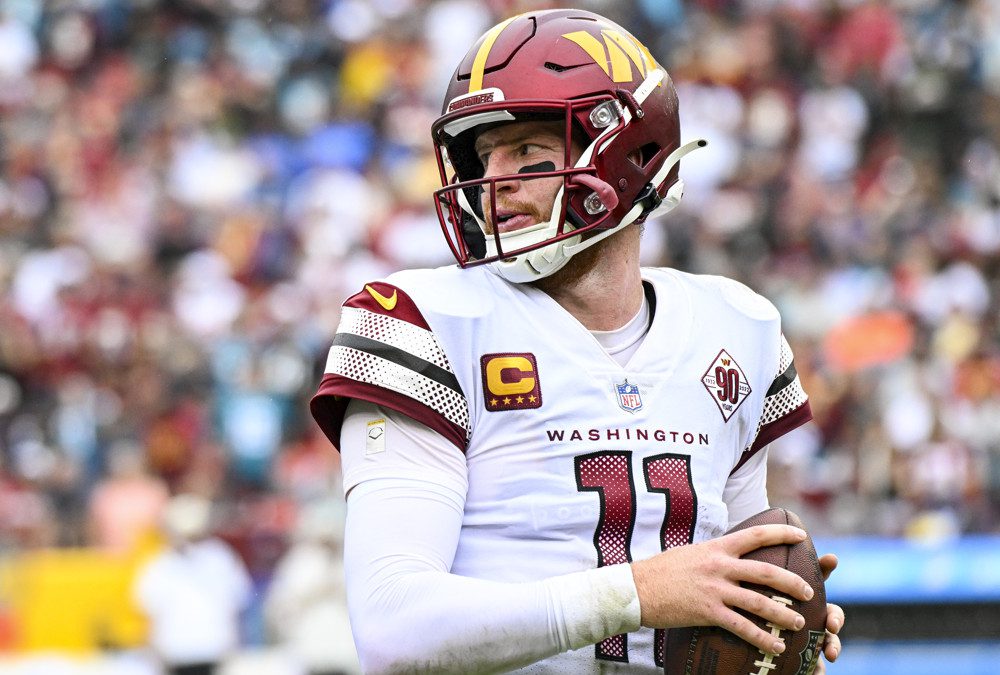 Visiting domed Ford Field to face a Lions team that’s given up point totals of 38, 30, and 51 to its last three opponents and looked helpless against both the Eagles’ run and pass games in Week 1, Carson Wentz deserves matchup-based QB1 streamer and DFS-tournament consideration after his promising opener. Although full-season skepticism is advised regarding Wentz’s box-score bankability, he is fully capable of capitalizing on plus draws, is well protected behind Washington’s sturdy offensive line, and has a competent weapons cast to throw to against a hapless Detroit defense that conceded Week 1’s overall QB4 score to Jalen Hurts. (Wentz dropped Week 1’s QB3 score on Jacksonville.) … After dicing up the Jags for 130 yards on 21 touches and a 64% snap rate, Antonio Gibson encounters a Lions defense Eagles RBs combined to clock for 22/126/3 (5.7 YPC) rushing on Opening Day. J.D. McKissic remained involved against Jacksonville with six touches and a 40% playing-time clip, but Gibson is clearly in the driver’s seat as the Commanders’ primary back, earning upside RB2 treatment in Sunday’s plum spot.