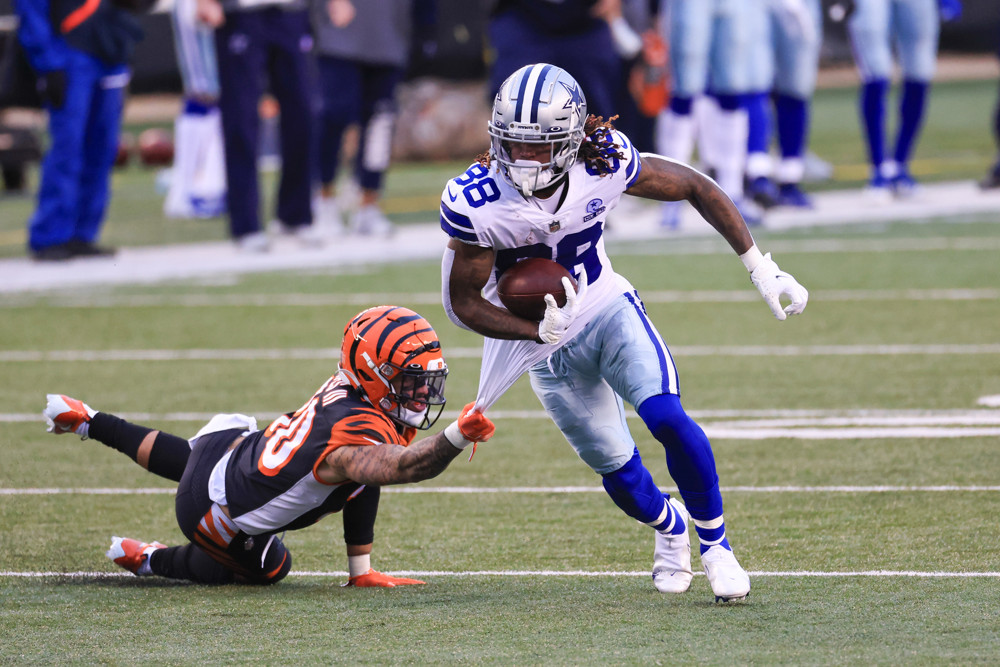 Tied with Texans-Bears for Week 3’s lowest-totaled game, Cowboys-Giants projects as a fantasy-unfriendly affair wherein Cooper Rush is playable only in two-QB leagues and on one-game DFS slates. Through two NFL starts, Rush is a combined 43-of-71 passing (61%) for 560 yards (7.9 YPA), a 3:1 TD-to-INT ratio, and four rushing yards. … Ezekiel Elliott has looked powerful and elusive early on but is losing 10.5 touches per game to Tony Pollard and playing in a suddenly lower-scoring offense behind a decimated offensive line. It helps that the Giants are giving up over 5.0 yards per carry to enemy backs and allowing the league’s ninth-most fantasy RB points two games in, but expectations for Elliott have to be scaled back to RB2/flex range. It is notable that the Giants will be without studly DT Leonard Williams (MCL, doubtful) here. … Pollard appeared on only 39% of Dallas’ Week 2 offensive snaps but is a good bet to flirt with double-digit touches and is the Cowboys’ best receiving back. Pollard’s pass-catching acumen is noteworthy because the Giants are getting cooked by running backs in the passing game.