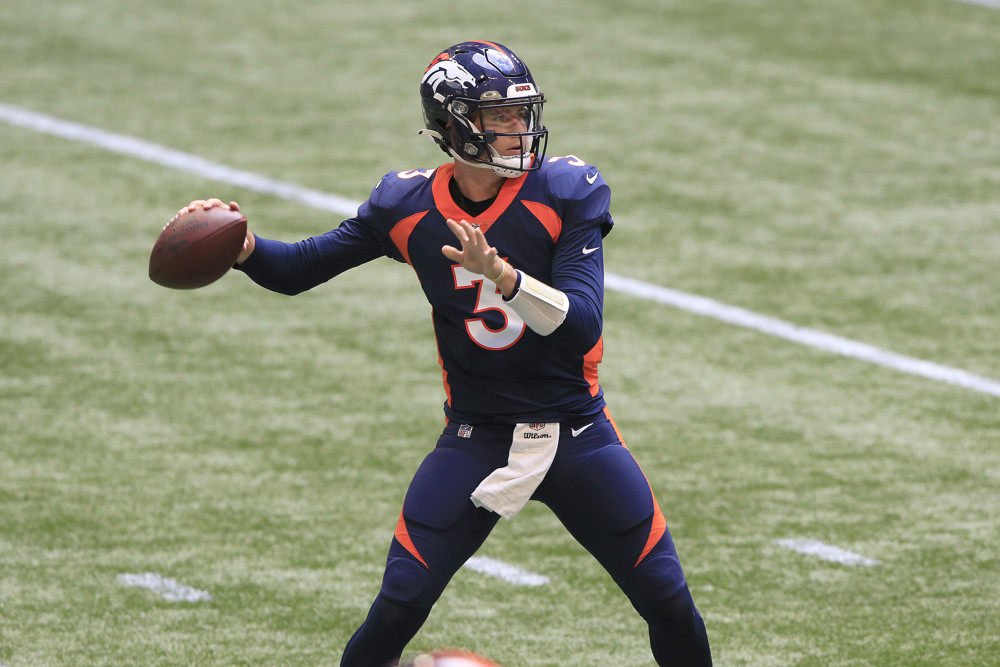 Up to 3-0 as Miami’s starter with respectable fantasy finishes of QB17 (Cardinals) and QB15 (Chargers) over his last two games, Tua Tagovailoa faces a Broncos defense against which enemy quarterbacks have banked top-15 scores in 8-of-9 games. Yet the low-scoring projection of Sunday’s affair with Miami playing lights-out defense and Drew Lock hurting on the other side threatens Tua’s ceiling, rendering him a mere two-QB-league play. … With Myles Gaskin (MCL, I.R.) at least another week away, Jordan Howard sent to the free agent wire, and Matt Breida (hamstring) having played just eight combined snaps since Week 6, UDFA rookie Salvon Ahmed has emerged as Miami’s clear-cut lead back. In Week 10’s win over the Chargers, Ahmed parlayed 22 touches into 90 yards and a touchdown on 76% of the Dolphins’ offensive snaps while backups Patrick Laird and DeAndre Washington handled two touches apiece.