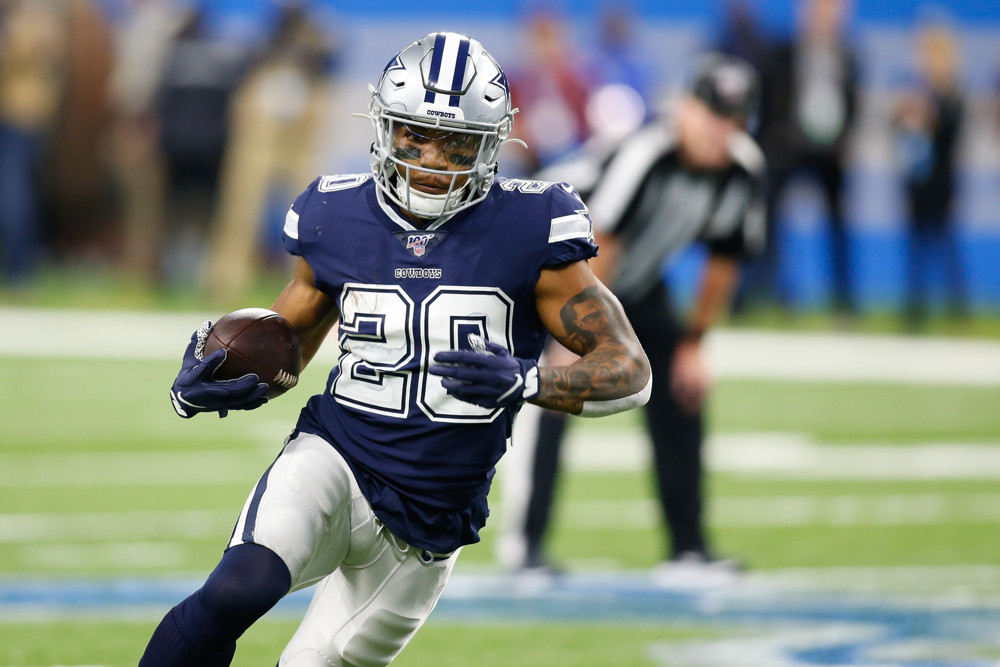 The Giants’ best shot at keeping Thursday’s late-afternoon matchup with Dallas competitive would be to lean heavily and efficiently on Saquon Barkley. Yet Barkley’s efficiency is lacking lately, managing a 70/227/2 (3.2 YPC) rushing line and only six receptions over New York’s last three games. Just five NFL defenses have yielded fewer fantasy RB points than Dallas. Barkley’s workload is so vise-grip secure that he remains a cinch RB1 play in season-long leagues, but there are viable reasons to fade Saquon on Thanksgiving-only DFS-tournament slates. Getting back lane-paving rookie RT Evan Neal (MCL) would certainly help; Neal is expected to be a game-time decision. … Daniel Jones has banked 18-plus fantasy points in three of his last four games, earning every-week starter treatment in two-QB leagues. Jones’ rushing equity keeps him playable on three-game Thanksgiving slates; among NFL quarterbacks, only Justin Fields, Lamar Jackson, Josh Allen, and Jalen Hurts have rushed for more yards than Danny Dimes this season.