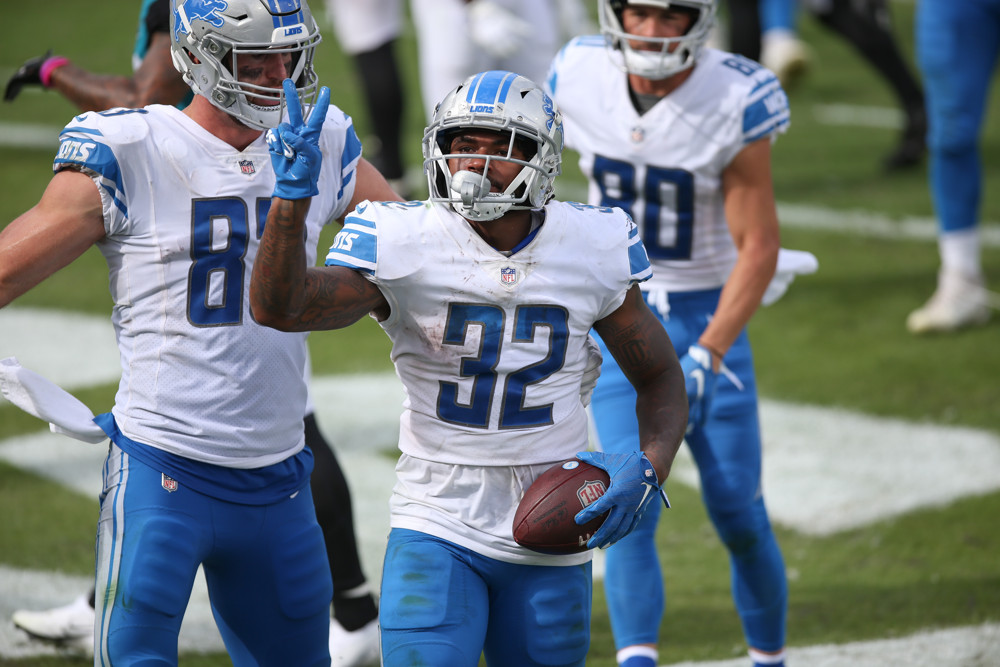 Jared Goff profiles as a quality Superflex/two-QB-league play beneath Minnesota’s U.S. Bank Stadium dome after the Vikings permitted the league’s fourth-most yards per pass attempt (8.7) in Weeks 1-4. Goff’s subpar supporting cast limits his ceiling, but he’s finished QB18 or higher in 3-of-4 starts. … As promised by coach Dan Campbell, the Lions increased D’Andre Swift’s Week 4 usage on a season-high 73% playing-time clip, yet Swift was still out-touched 14 to 12 by Jamaal Williams and clearly remains part of a committee. In a Week 5 script where Detroit projects to play catch up, I’m going right back to Swift as an upside RB1 play at Minnesota.