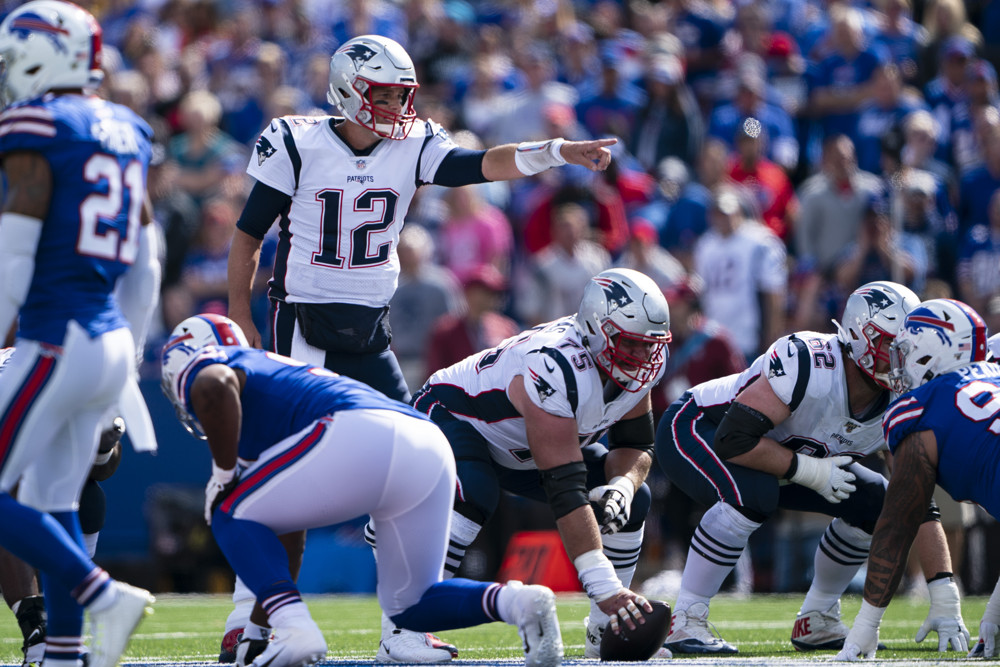 The Patriots come off their bye to face an Eagles defense that’s buoyed fantasy floors by permitting top-14 results to 6-of-9 quarterbacks faced, including top-eight outcomes to Dak Prescott, Kirk Cousins, Aaron Rodgers, Matt Ryan, and Case Keenum. As no team is better at attacking opponent weaknesses and circumventing strengths than the Patriots, this sets up as a high-volume game for Tom Brady, who has likewise been a high-floor, high-ceiling scorer for the most part with top-14 finishes in 6-of-9 starts, including four top-seven QB1 weeks. At very least, Brady is a rock-solid season-long play in this possible shootout. In DFS stacks, Brady correlates especially positively with James White and Julian Edelman. … Sony Michel is a Week 11 fade facing a Philly run defense that’s bottled up enemy backs for 173/582/6 (3.36 YPC) rushing. … Even as a healthy Rex Burkhead always complicates Patriots backfield matters – Rex siphoned five touches on 36% of New England’s pre-bye Week 9 offensive snaps – Burkhead himself is not individually fantasy playable, yet White is with double-digit touches in four of the Patriots’ last five games. The Eagles’ defense eliminates ground attacks but has yielded nearly six running back catches per game. White is on pace for career highs in receptions (88) and receiving yards (808) this season.

Fresh off their own bye, the Eagles have settled in as a “balanced” offensive team with Jordan Howard near the forefront after Howard commanded 16.8 touches over Philly’s six pre-bye games, averaging 79.3 total yards and one touchdown in that span. New England’s defensive deficiency has been exposed, clocked by enemy backs for 112/591/1 (5.28 YPC) rushing over its last six games. Howard’s floor is low with an average of barely one catch per game and high touchdown dependency, but Howard’s workload should be bankable as a season-long RB2 in a beatable matchup at home. … Miles Sanders has given Doug Pederson’s team sporadic big-play sparks – Sanders’ 6.5 yards-per-touch average is superior to Alvin Kamara’s 6.4 lifetime mark – but Sanders has reached 50% of the Eagles’ offensive snaps in 1-of-9 games and will continue to struggle to get there with Darren Sproles’ health back in order. As Sanders’ primary box-score contributions come as a receiver and New England has allowed the NFL’s third-fewest running back receiving yards per game (30.8), Sanders is a high-volatility flex option. … Coming off three straight fantasy results of QB18 or worse, Carson Wentz is an on-the-fence season-long starter whose outlook is enhanced by this game’s shootout potential. Wentz has just five top-12 fantasy scores in nine 2019 starts, however, and no team has allowed fewer fantasy quarterback points than New England.

Wentz’s 2019 target distribution: Zach Ertz 71; Nelson Agholor 55; Alshon Jeffery 53; Dallas Goedert 31; Sanders 25; Mack Hollins 21; Howard 14; Sproles 10; J.J. Arcega-Whiteside 7. … Ertz is an every-week starter with a league-high 74 targets at his position, but Ertz’s Week 11 matchup will be a tough test. Patriots TE stopper Pat Chung has permitted 130 scoreless yards on 18 targets (7.2 YPA) this year, while New England has allowed the AFC’s fewest fantasy points per game to tight ends. Ertz is a fade-matchup, bet-on-talent TE1. … Agholor made a handful of big early-season plays but is difficult to take seriously with just one game above 50 yards in nine tries. … Jeffery is the Eagles’ likeliest candidate to command Stephon Gilmore’s coverage. Jeffery’s agility and body control have appeared to take sizable 2019 steps back, while Gilmore hasn’t conceded a touchdown pass since last Week 14. Jeffery is a low-floor WR3 option. … With DeSean Jackson (sports hernia) shelved for the year, Goedert is right back in TE1 streamer contention after tallying season highs in playing time (79%) and routes run (30) in Philly’s pre-bye win over the Bears. Goedert has played over 70% of the Eagles’ offensive snaps in four of their last five games and drawn five-plus targets in three of the last four. He’s a full-time player now.