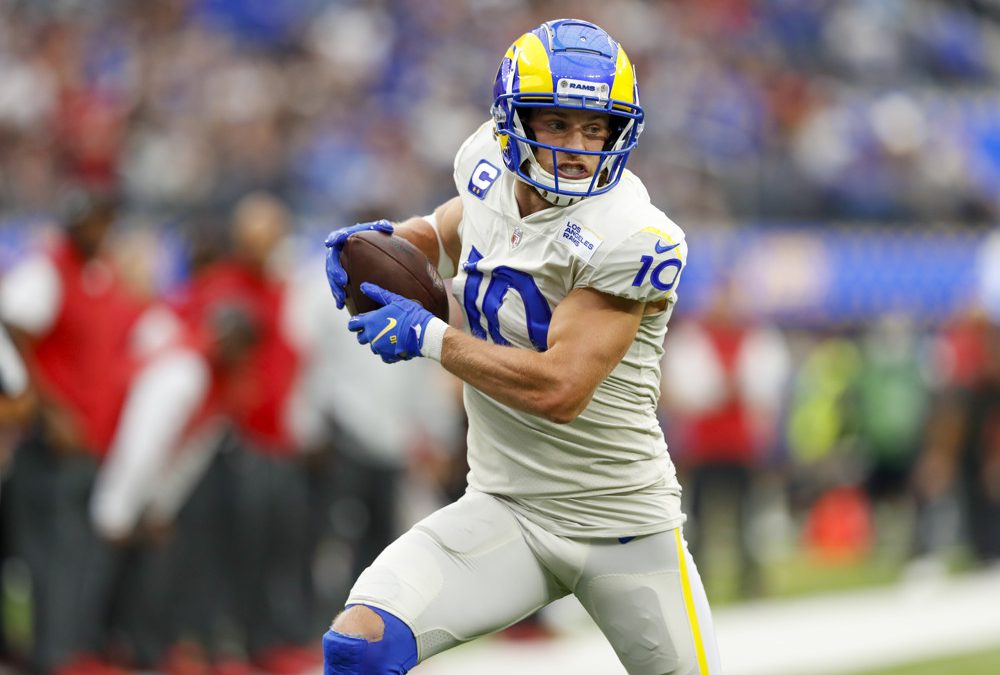 Following Weeks 1-3 finishes of QB29 (vs. BUF), QB10 (vs. ATL), and QB28 (@ ARI), Matthew Stafford encounters a 49ers defense yielding the league’s second-fewest fantasy QB points. Worse in protection and lacking explosiveness in the air, the Rams’ passing game has looked nothing like last year’s dynamic unit. … Although Cam Akers out-touched him 12 to 4 in last week’s win at Arizona, Darrell Henderson out-snapped Akers 25 to 23 and ran 10 more pass routes than Akers. It’s notable that Akers has logged two carries inside the 5-yard line; Henderson has none. This is a brutal draw for the Rams’ backfield; San Francisco is holding enemy backs to 2.9 yards per carry, while Los Angeles has so far struggled badly to run block. Akers is a low-floor flex consideration. Henderson is playable only on one-game DFS slates.