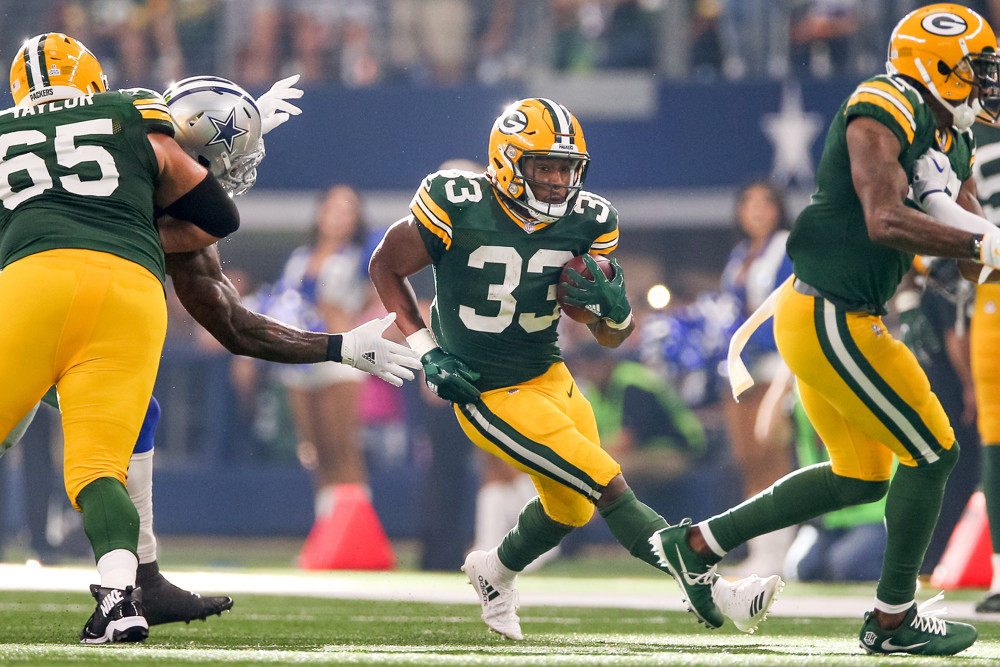 Settled in as a defense- and run-oriented team in an era where NFL rules definitively favor the opposite approach, the Rams have nevertheless come this far amid late-season quarterback, running back, wide receiver, and left tackle injury/illness turmoil. Jared Goff is expected to start at Lambeau Field despite his right (throwing) thumb fracture/dislocation after Goff’s Week 18 passes in relief of John Wolford (neck) overwhelmingly consisted of lollipops and rainbows. Already sporting smallish hands (9”), Goff’s grip on the ball was obviously negatively affected by his injury. Goff was born in California, played high school and college (Cal-Berkeley) ball in the same state, and spent the last five years with the L.A. Rams. In forecasted fringe 20-to-30 degree weather, Green Bay’s D/ST is an exciting DFS bet. … Even with an alleged high ankle sprain mixed in, Cam Akers has taken control of Los Angeles’ late-season backfield by averaging 24.8 touches over his last five appearances and banking a 73% snap rate in Week 18’s upset of Seattle, underlined by Akers’ second career 30-plus-touch game.