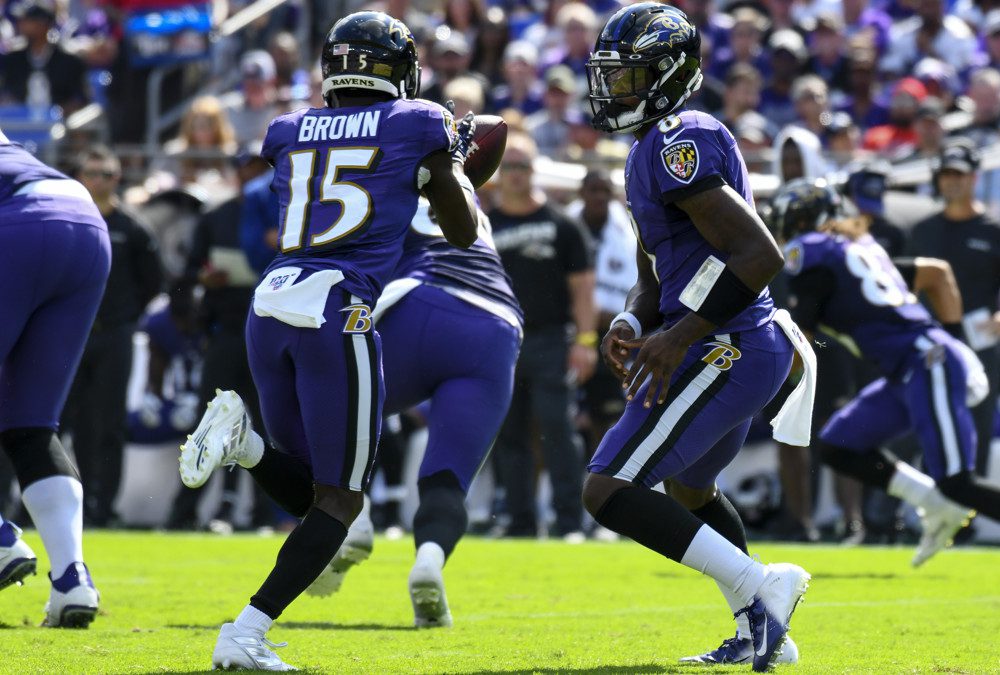 As Week 18’s highest-totaled affair, Ravens-Titans offers the Wild Card Round’s most individual DFS appeal beginning with Lamar Jackson, who’s capable of teeing off on a Tennessee defense that gave up the NFL’s fourth-most fantasy QB points and ninth-most real-life points this regular season. Following the Ravens’ Week 7 bye, Jackson banked a 16:7 TD-to-INT ratio plus five rushing scores and a 73-yard rushing average. Baltimore has scored 37.2 PPG over its last five games. Jackson admitted this week he’s keenly aware of the Ravens’ playoff-drought narrative – John Harbaugh’s team hasn’t won a postseason affair since 2014 – and this is obviously a prime opportunity for Jackson to rip the monkey off his team’s back. … Although all three Baltimore backs will be available at Tennessee, the Ravens made a stretch-run commitment to J.K. Dobbins as their lead runner, and the dynamic rookie more than delivered with a combined 77/495/7 rushing line (6.43 YPC) over his final six appearances.