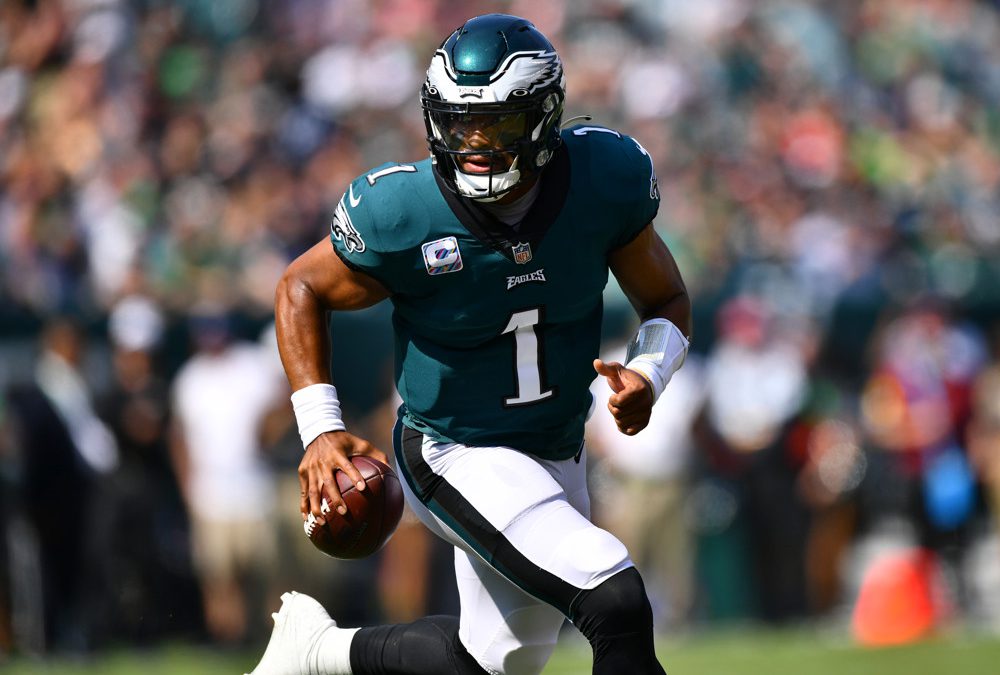 Patrick Mahomes – Week 18’s highest-totaled game at 52.5 points, Chiefs-Raiders is one to target in season-long leagues and DFS. Mahomes will likely be the highest-owned quarterback on Saturday’s two-game slate. Also the NFL’s MVP favorite, Mahomes can further pad his stats and lock up the AFC’s No. 1 seed and a first-round playoff bye with a Saturday victory. We should expect Kansas City to play all out to win. The Raiders have allowed the NFL’s eighth-most fantasy points to quarterbacks. Only the Titans, Vikings, and Lions have surrendered more passing yards than Las Vegas. When the Chiefs hosted the Raiders in Week 5, Mahomes produced the overall QB2 week with a sparkling 292 yards and four touchdown throws. Brock Purdy lit this Las Vegas defense up for 284/2 passing and 8.1 YPA last week.