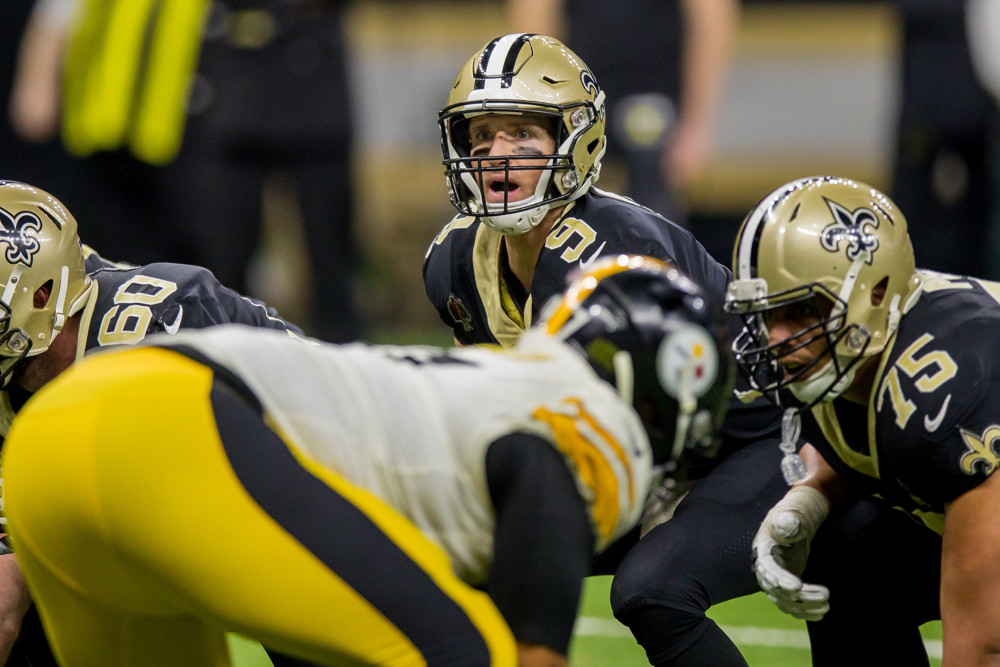 Vikings-Saints is lined at nine, by far Wild Card weekend’s biggest spread and a red flag for playoffs-only fantasy leaguers focusing on players on teams likely to accrue points in multiple games. All Vikings skill players are contrarian picks in postseason formats and Wild Card DFS. … On the bright side, Dalvin Cook (shoulder) sounds legitimately recuperated after limited participation in Weeks 13-15 followed by full inactivity in the last two regular season weeks, while starting OTs Riley Reiff and Brian O’Neill benefited from Week 17 rest. Even without DT Sheldon Rankins (Achilles’) and DE Marcus Davenport (foot), the Saints have shown no signs of running back vulnerability – limiting enemy backs to 3.64 yards per carry and a below-par 38.6 receiving yards per game – but Cook has matchup-proof capability when healthy, projects to rarely leave the field, and will surely go lightly owned in DFS. No. 2 back Alexander Mattison is coming off a dreaded high ankle sprain. We probably won’t see Week 17 sensation Mike Boone at all.

In addition to being Week 17’s highest-lined game, Vikings-Saints boasts the Wild Card Round’s largest projected point total (49) and carries no weather concerns inside New Orleans’ Superdome. Kirk Cousins is therefore theoretically positioned for elevated pass attempts in comeback mode with passing-game playmakers Cook and Adam Thielen (hamstring) back near full strength to complement Stefon Diggs in a potential shootout. Albeit in Minneapolis, Cousins touched up Saints DC Dennis Allen’s defense for 359 yards, two touchdowns, one interception, 21 rushing yards, and 8.6 yards per pass attempt in these clubs’ Week 9 date in 2018, while Cousins’ career YPA shoots from 7.52 with a 93.1 passer rating in outdoor games to 7.99 and a 107.4 rating inside domes. On the heels of a season where he established career bests in TD Rate (5.9%), interception rate (1.4%), adjusted yards per attempt (8.7), and QB rating (107.4) under Kevin Stefanski and Gary Kubiak, Cousins is a premium DFS-tournament option on four-game Wild Card slates. The Saints played rock-solid defense for most of the year but did allow point totals of 28 (Titans), 48 (49ers), and 31 (Panthers) over the course of their last six regular season games.

Including playoffs, Stefon Diggs has faced Allen’s secondary three times over the past three seasons, delivering monster lines of 6/137/1 > 10/119/1 > 7/93/2. Ala Cousins, Diggs’ career TD Rate (59.4%) and yards per target (9.8) skyrocket indoors versus outdoors (30.6%, 7.9). The Saints have used top CB Marcus Lattimore in a variety of ways in past Minnesota meetings, leaving us without predictability as to Diggs’ individual cornerback matchup. Ultimately, Cousins-to-Diggs stacks will probably not be as heavily owned as they deserve to be in DFS tourneys. … Adam Thielen’s stat lines in such affairs were 6/74/0 > 7/103/1 > 9/157/0, and his DFS ownership will also be depressed by recency bias with three catches for 27 scoreless yards combined since Week 7. No. 2 CB Eli Apple’s (ankle) absence will force the Saints to turn to late-season waiver pickup Janoris Jenkins, a talented but inconsistent gambler Cousins shouldn’t hesitate to attack. … TEs Kyle Rudolph and Irv Smith’s box-score expectations go way down with Thielen back, but they maintain touchdown-reliant appeal on four-game DFS slates. Rudolph hasn’t topped three targets since Week 13. Smith hasn’t topped four targets since Week 10. … Olabisi Johnson is a deep but low-upside sleeper playoffs-only drafters may want to consider in leagues preventing you from picking more than one player from each team. Johnson should log around 60% of Sunday’s snaps at slot receiver and can be overcome as a punt play if the Vikings are eliminated in the first round.

The Saints are projected as Wild Card weekend’s likeliest winner and have realistic Super Bowl chances peaking at the right time with a sparkling plus-95 point differential over their last seven games, the NFL’s No. 2 stretch-run-weighted offensive DVOA at Football Outsiders, and top-ten weighted defensive DVOA in an NFC bracket lacking one dominant team. Inside the Superdome facing Minnesota’s pass-funnel defense, Drew Brees’ upside is immense with his supporting cast near full strength, critical Vikings MLB Eric Kendricks (quad) well short of 100%, underrated slot CB Mackensie Alexander (knee) dinged up, and no one on Mike Zimmer’s roster capable of stopping Michael Thomas. Even going on age 41, Brees finished 2019 on absolute fire. He returned from an early-season hand injury in Week 9 and went on to complete 246-of-330 passes (74.6%) for 2,571 yards (7.8 YPA), 25 touchdowns, and just two picks over New Orleans’ last nine games. On the season, Brees’ 116.3 passer rating was the best of his career.

Severely victimized by the aftereffects of his early-season high ankle sprain for so much of 2019, Alvin Kamara finally found a groove with 5.61 yards per carry, four touchdowns, and 13 catches over New Orleans’ final three regular season games. Kamara logged touches/yardage/TD counts of 15/105/1 > 20/76/2 in his last two clashes with Minnesota, while coach Sean Payton has shown a consistent willingness to feature Kamara over inferior RBBC partners Mark Ingram and Latavius Murray in high-leverage scenarios like playoff games. Heavily favored at home with his legs seemingly, finally, back on a team that should make a multi-game postseason run, Kamara is an exciting fantasy pick in all formats. I suppose it’s worth mentioning that this is a “revenge” game for ex-Vikings, now-Saints No. 2 RB Murray.