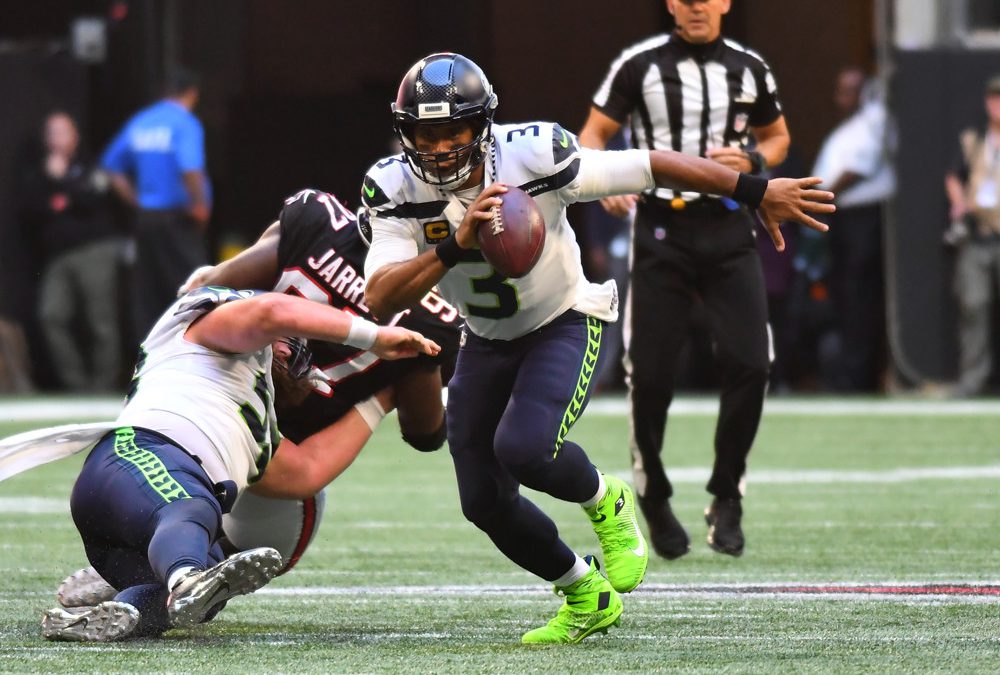 The Vikings visit CenturyLink Field after their bye with Kirk Cousins in God Mode, having completed 162-of-221 attempts (73.3%) for 2,020 yards (9.1 YPA) and an 18:1 TD-to-INT ratio over his last seven starts. Seattle will apparently force onto the field top interior rusher Jarran Reed (ankle) and top outside rusher Jadeveon Clowney (hip), while Minnesota is the NFL’s most-rested team having not played since November 17. In a possible shootout, Cousins has earned every-week, season-long QB1 treatment. Six of the last eight quarterbacks to face Pete Carroll’s defense banked top-12 fantasy scores. … Dalvin Cook’s Monday night matchup does not stand out as particularly soft or stout, but his legs should be fresher than usual following the open date, and Cook’s usage and production stand for themselves. Fantasy’s No. 2 overall back behind only Christian McCaffrey, Cook is averaging a touchdown per game and drew six-plus targets in four straight affairs leading into last week’s bye. Cook is a bet-on-usage and bet-on-talent elite RB1 play at The Clink.

Carroll’s secondary has surrendered the NFL’s sixth-most catches (152) and tenth-most yards (1,893) to wide receivers, firming up Thielen and Stefon Diggs as locked-in WR2 plays. Before going down, Thielen logged 75-plus yards and/or a touchdown in 6-of-7 games, while the Vikings’ offensive staff somewhat embraced more aggressiveness with Cousins white hot during Thielen’s time away. … Whereas Thielen has been fairly consistent when healthy, Diggs has been wildly boom or bust regardless of Thielen’s health with six games of 100-plus yards and/or a touchdown and the other five all below 50 yards. This is a favorable enough matchup for a Diggs ceiling week, but his track record speaks for itself on a still-run-first Vikings team. … Thielen’s return bodes poorly for Kyle Rudolph and Irv Smith, but they remain playable on one-game DFS slates. Seattle has allowed the NFL’s fifth-most fantasy points to tight ends, including especially PPR-fruitful weeks to Gerald Everett (7/136/0), Zach Ertz (12/91/1), C.J. Uzomah (4/66/0), Austin Hooper (6/65/1), Tyler Higbee (3/47/0), Vance McDonald (7/38/2), Ricky Seals-Jones (4/37/1), and Dallas Goedert (7/32/0). Rudolph is always a better bet for a touchdown than Smith.

Suddenly getting lapped by Lamar Jackson in 2019’s MVP race, this is a prime spot for Russell Wilson to reassert himself on national TV facing a respected defense. Wilson’s matchup is overrated; the Vikings showed pass-funnel tendencies by yielding top-eight QB1 scores to Carson Wentz, Matthew Stafford, and Dak Prescott in three of their last six games, facing Brandon Allen, Matt Moore, and Case Keenum-Dwayne Haskins in the others. This is also a green-light spot for Seattle’s pass-catcher corps, which we’ll hit on in a minute. Last week, Wilson’s box score could have looked far nicer if not for D.K. Metcalf’s 38-yard touchdown drop and Philadelphia’s complete lack of offensive resistance. … Chris Carson’s Week 12 was an epic disaster, fumbling on back-to-back fourth-quarter plays, losing the second, managing 26 yards on eight carries, and getting severely outproduced by Rashaad Penny (14/129/1). Penny gave up a second-half sack via abysmal pass protection, however, and he hasn’t so much as caught a pass since Week 5. The Vikings have limited enemy backs to six all-purpose TDs in 11 games. Carson needs to be reduced to a low-floor flex play, but Penny is no sure thing as a still-flawed player in a difficult draw.