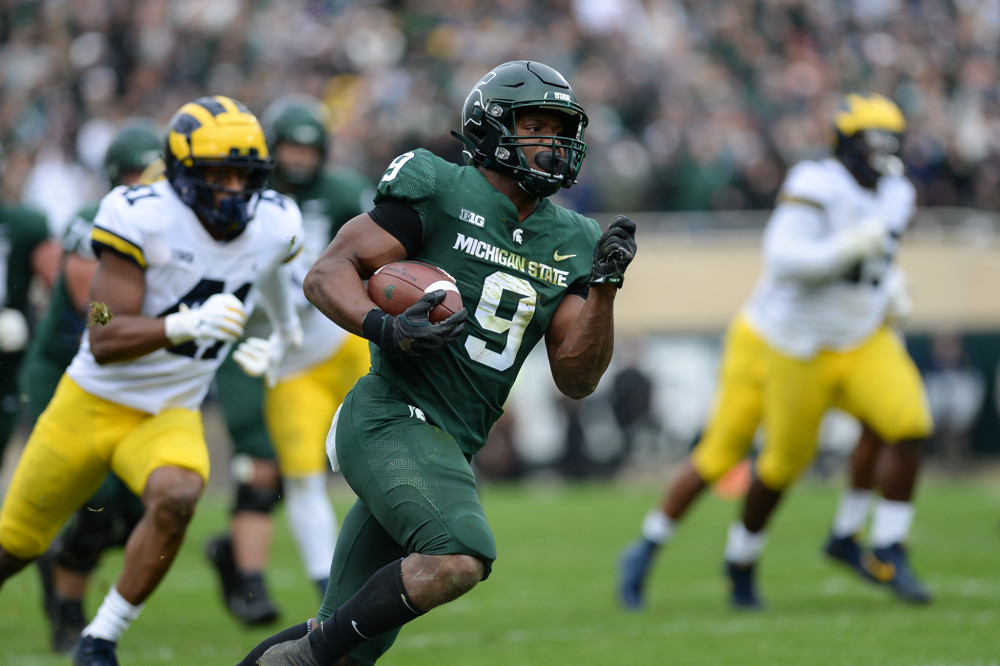 At some point, you’ve just got to tip your cap, right? Despite a host of other needs — most notably at quarterback — the Seahawks remained relentlessly committed to their brand on Friday night and chose Michigan State RB Kenneth Walker in Round 2 of the NFL Draft. Seattle has been the subject of league-wide scrutiny for their dedication to establishing the ground game, and the decision to choose Walker signals they have no plans to change their philosophy in the immediate future.

Unfortunately, this could also be a reflection of where Chris Carson is at in his recovery from a neck injury. There have been murmurs that Carson’s injury could threaten his career, and the arrival of Walker will only add smoke to the fire. Seahawks coach Pete Carroll, normally as optimistic about injuries as anyone in the league, admitted that Carson’s future is uncertain:

Pete Carroll said Seattle picked RB Kenneth Walker III because of how highly they had him rated, but he acknowledged there's uncertainty with Chris Carson coming off neck surgery. "We don’t have updates yet on Chris and we won’t know for some time here that we can’t predict yet."

We’re expecting Walker and Rashaad Penny to spearhead this backfield in 2022, as Carson currently carries too much risk to comfortably draft. With that in mind, let’s take a look at how we’re projecting the Seahawks’ backfield.

“There is no consensus RB1 in this draft class, but if there is a running back who might be considered in the first round, it should be Walker. With his vision and contact balance, he generates impressive burst off his plant foot to dart away from trouble and break tackles (led the FBS with 89 forced missed tackles in 2021).”

Kenneth Walker is the epitome of a Yards Created standout.

Think he was a fluid pass catcher on limited reps, too.