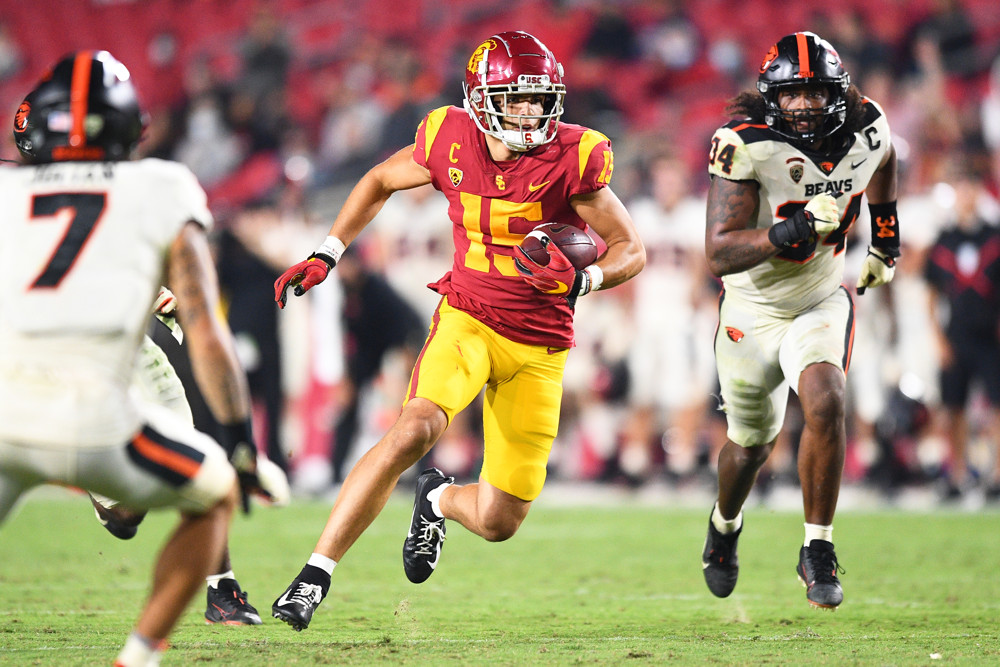 With Calvin Ridley suspended for the entire 2022 season, it was the NFL’s worst-kept secret that the Falcons might take a wide receiver with the eighth overall pick. The question, then, became which one they preferred. Would they opt for Ohio State’s Garrett Wilson, USC’s Drake London, or gamble on Alabama speedster Jameson Williams?

Atlanta wasted little time answering that question, as they made London the first pass catcher off the board on Thursday night. London immediately ascends to the top of a barren wide receiver depth chart and should challenge for the team lead in targets as a rookie. Let’s take a look at where he lands in the ETR projections now that we know his landing spot.