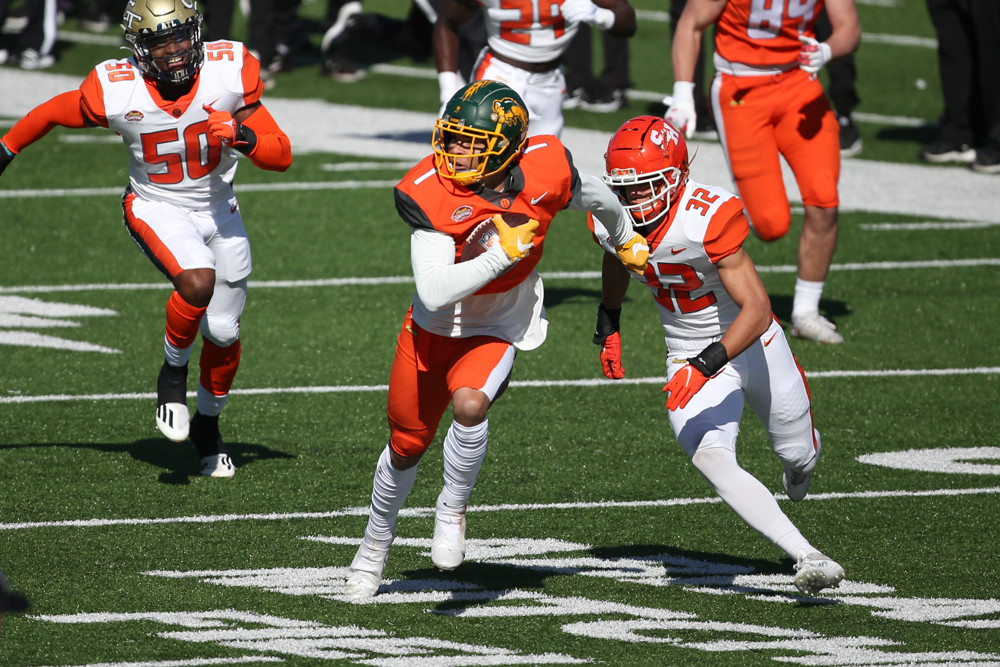 It happened. The Green Bay Packers drafted a wide receiver. They no longer have Davante Adams. They have infamously opted not to draft numerous talented wideouts in years past.

On Friday night, the Packers did the unthinkable when they traded up to nab North Dakota State’s Christian Watson.

The former Bison is a 6-foot-4, 208-pound size-speed freak who runs a 4.36 40, but his production profile leaves a lot to be desired. He took five years to break out (at a 30% Dominator Rating threshold) at North Dakota State, although he did account for 36% of NDSU’s receiving yards as a junior. Moreover, he was not an early declare and in fact stayed five seasons in Fargo after redshirting as a freshman. Players in his mold have struggled in the past:

He’ll play his entire rookie season as a 23-year-old, making him an older rookie. Simply put, he wasn’t very productive in college despite playing in the FCS, but his athleticism offers a massive ceiling, and the landing spot is just about perfect. Let’s get into where Watson ranks in ETR’s projections.