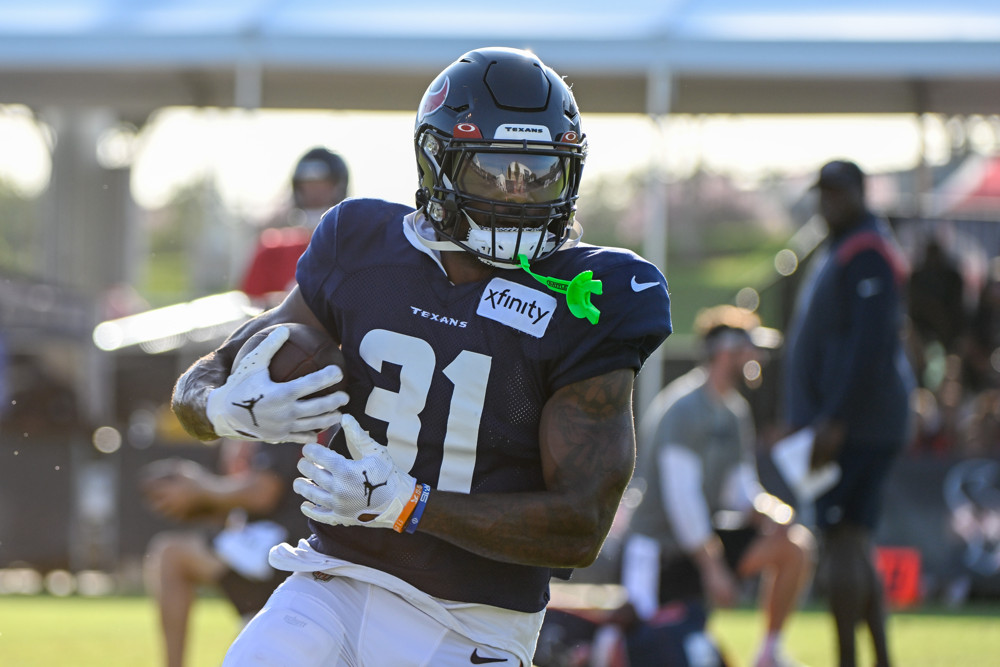 Each week in this space, we’ll look at how fantasy football ADP has changed across real-money drafts over the past week. The goal is to learn how drafters playing for cash prizes are reacting to news, injuries, and more to build their teams. Finally, at the bottom of the article, we will pull out the takeaways we think are important to understand from these moves. 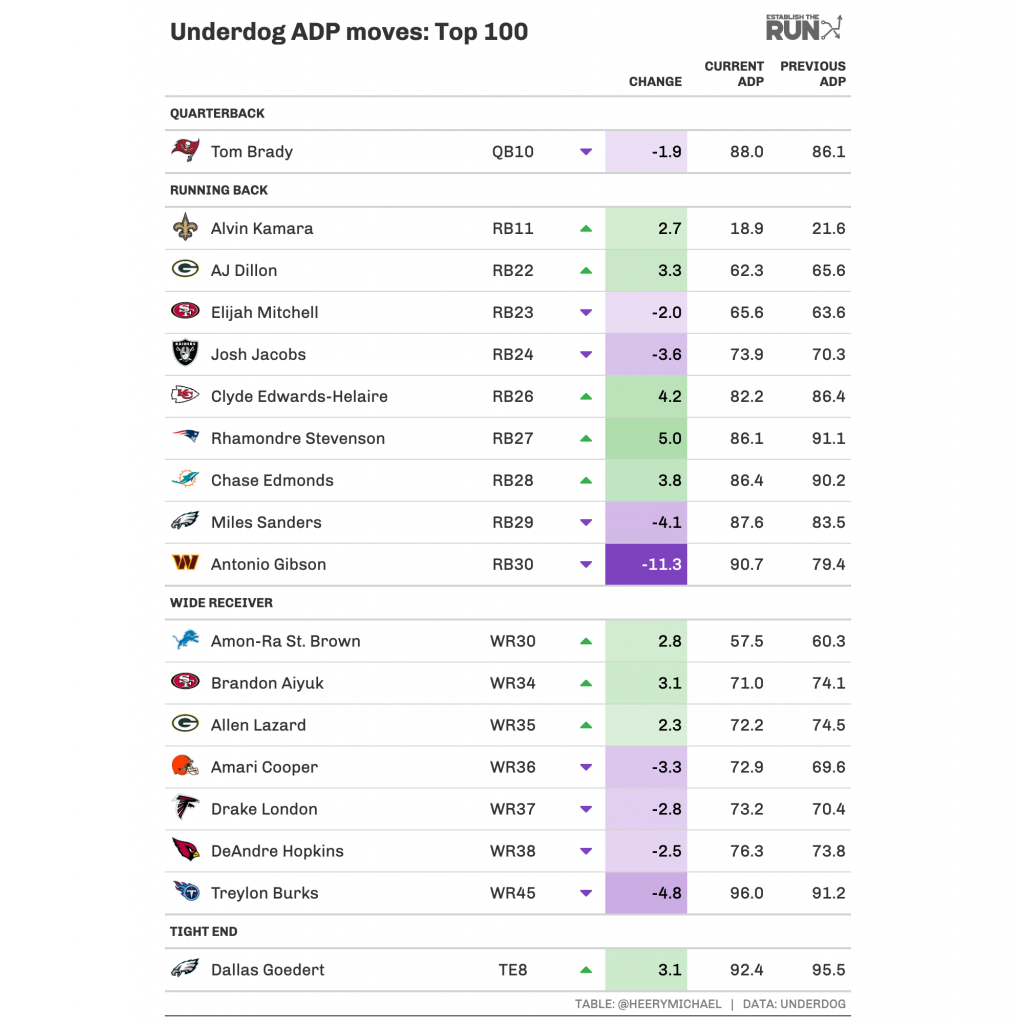 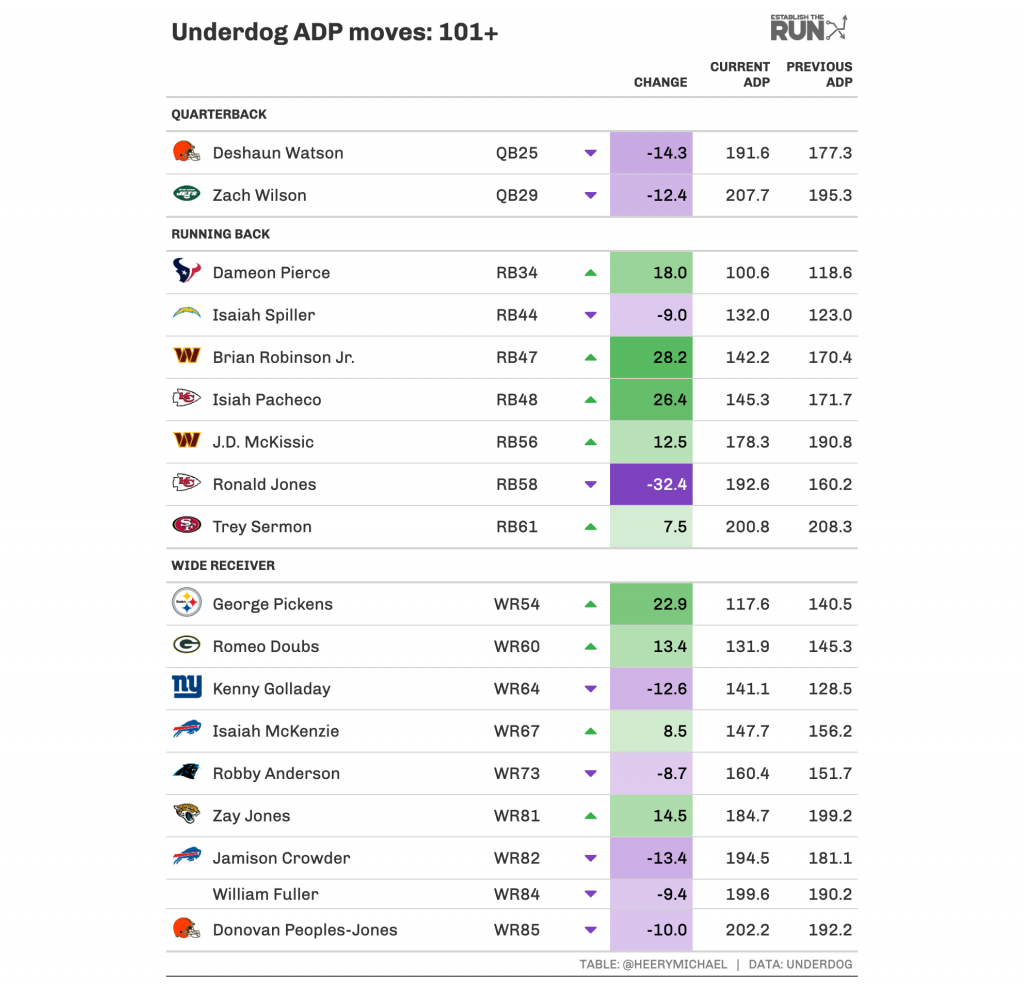 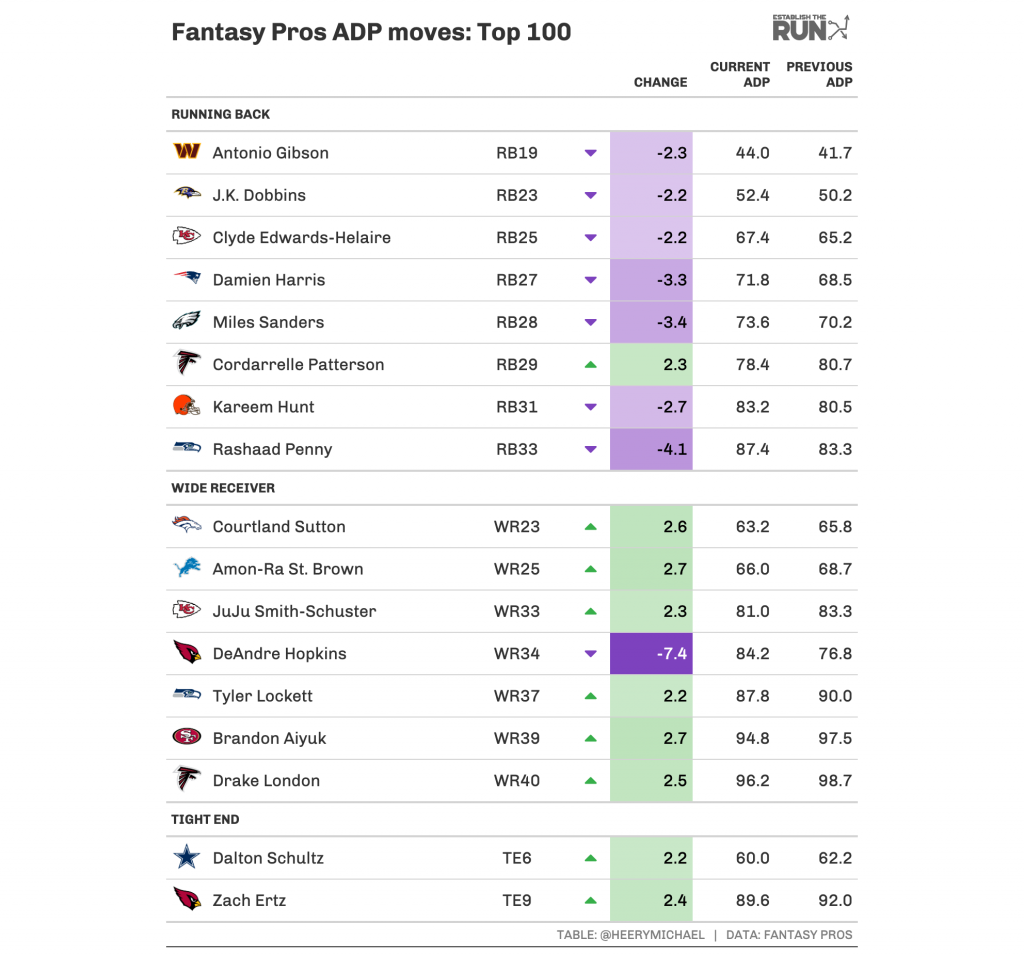 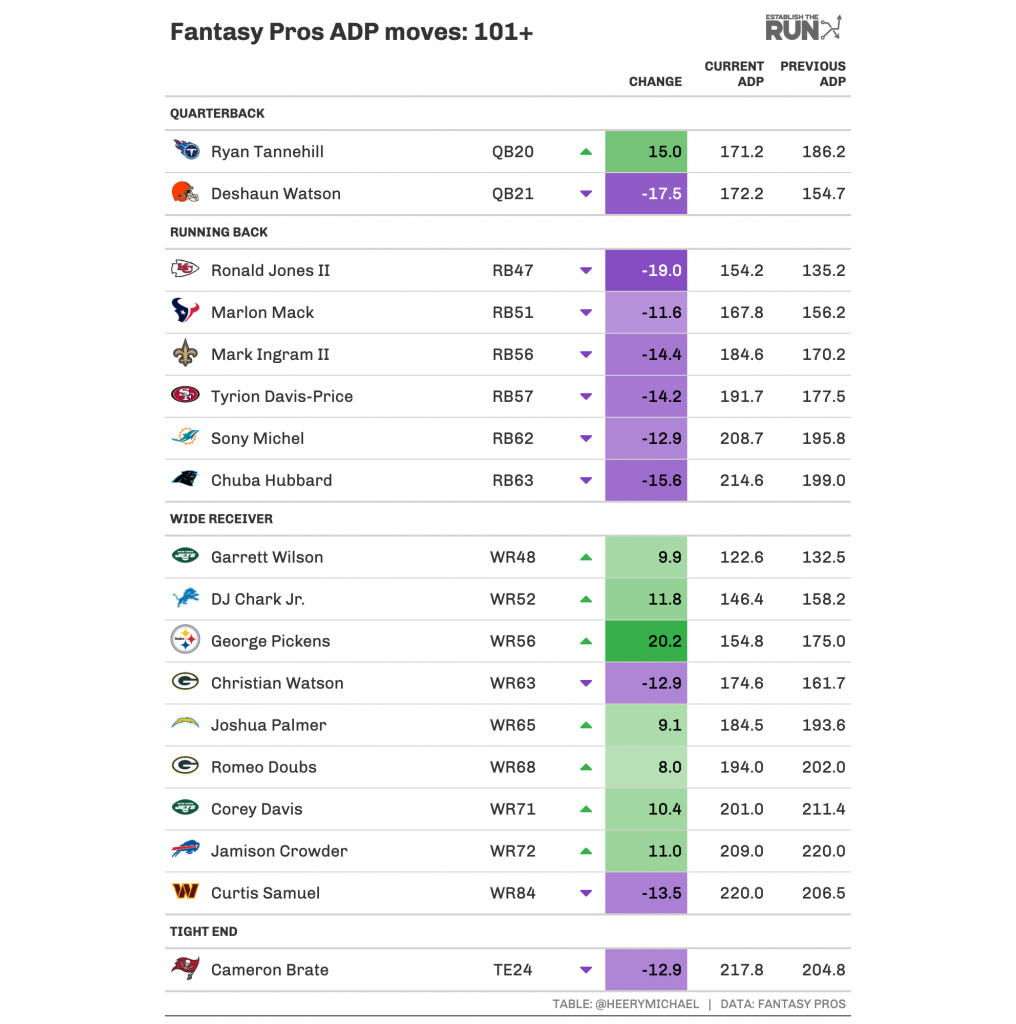 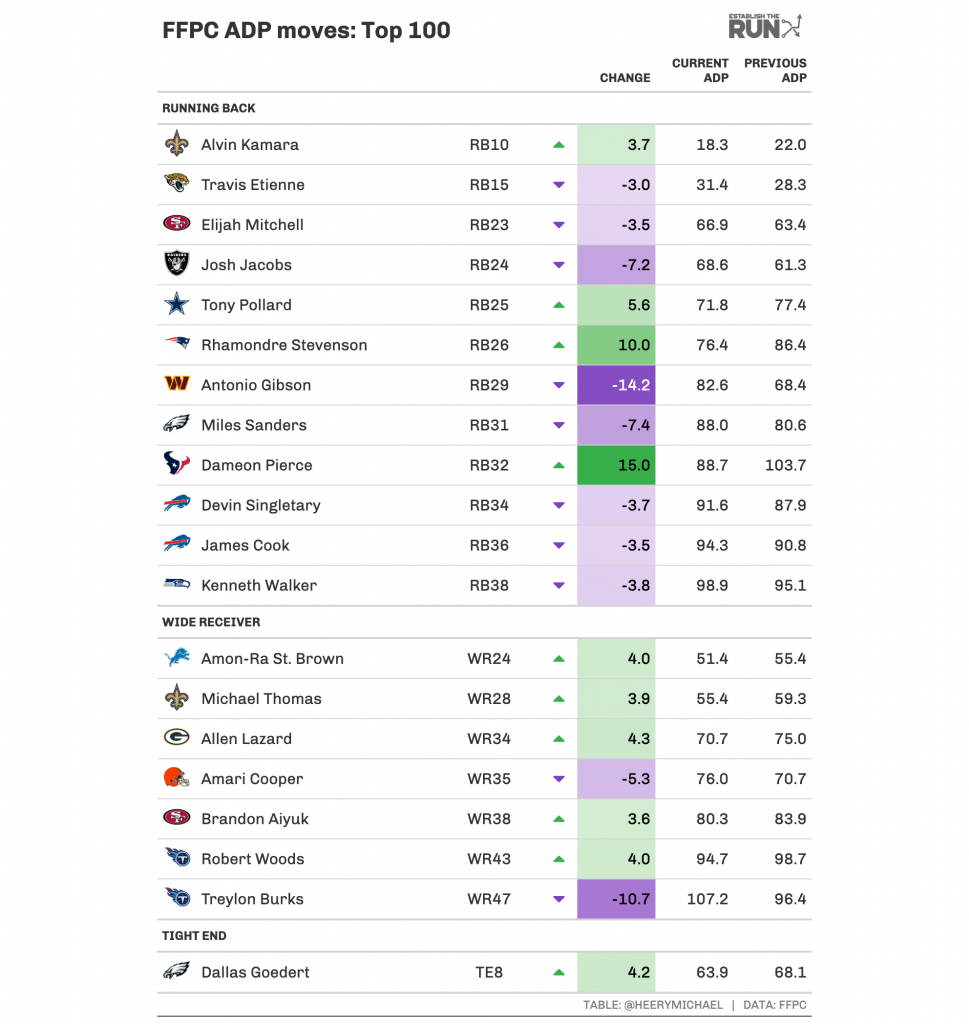 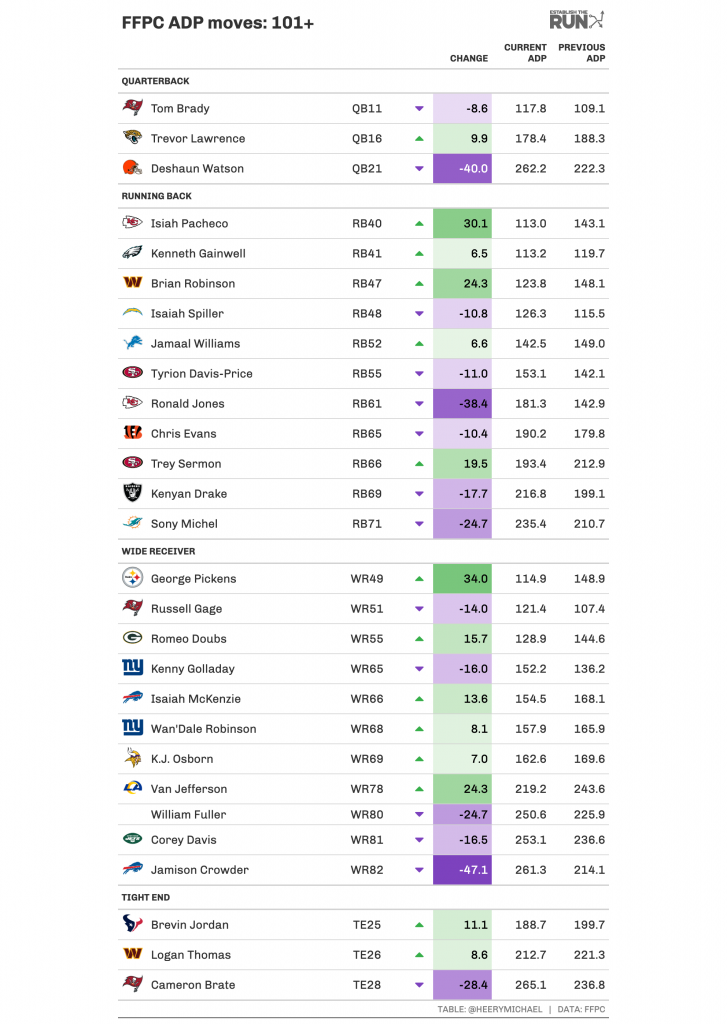 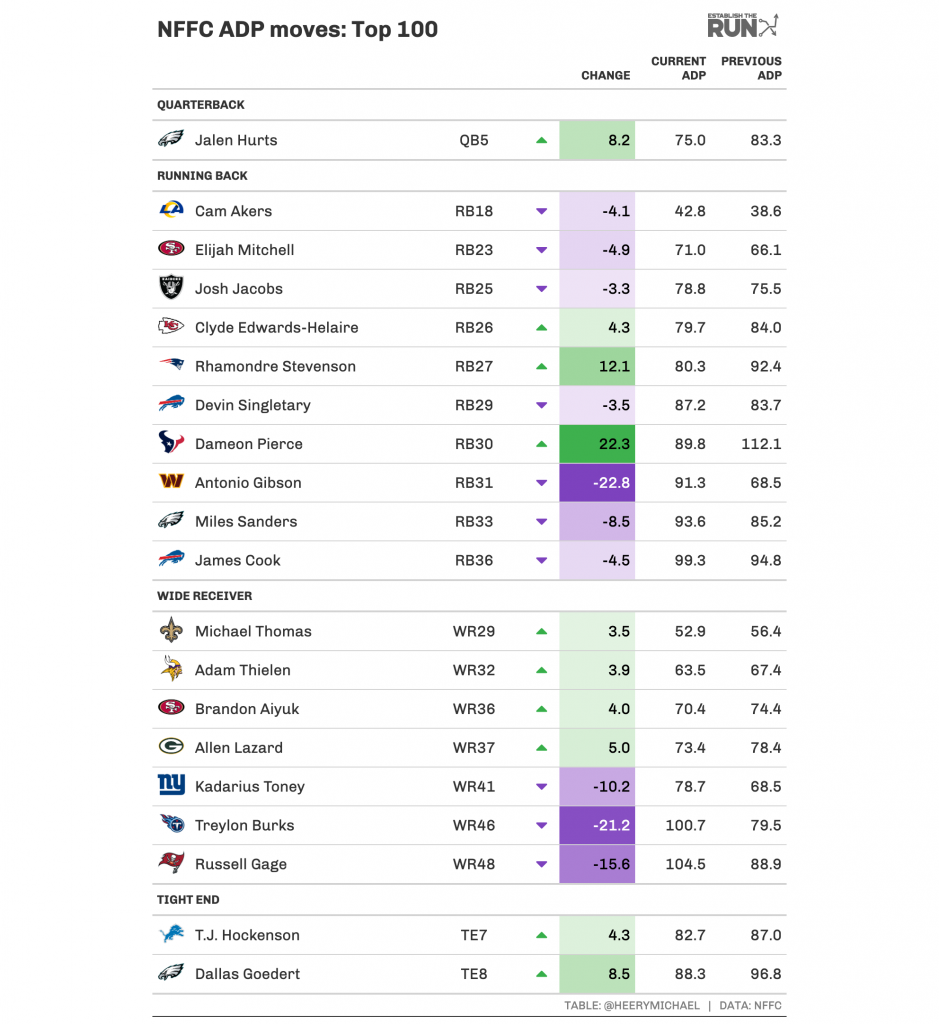 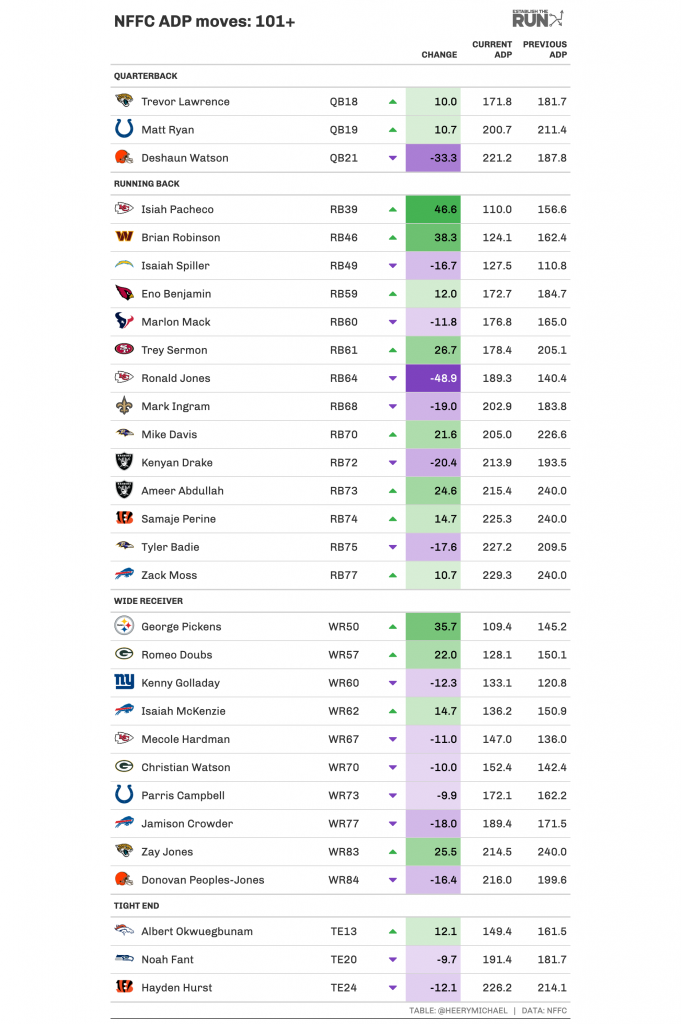 The big moves this week center around the RB position as depth charts have become more clear:

Other situations with meaningful moves: