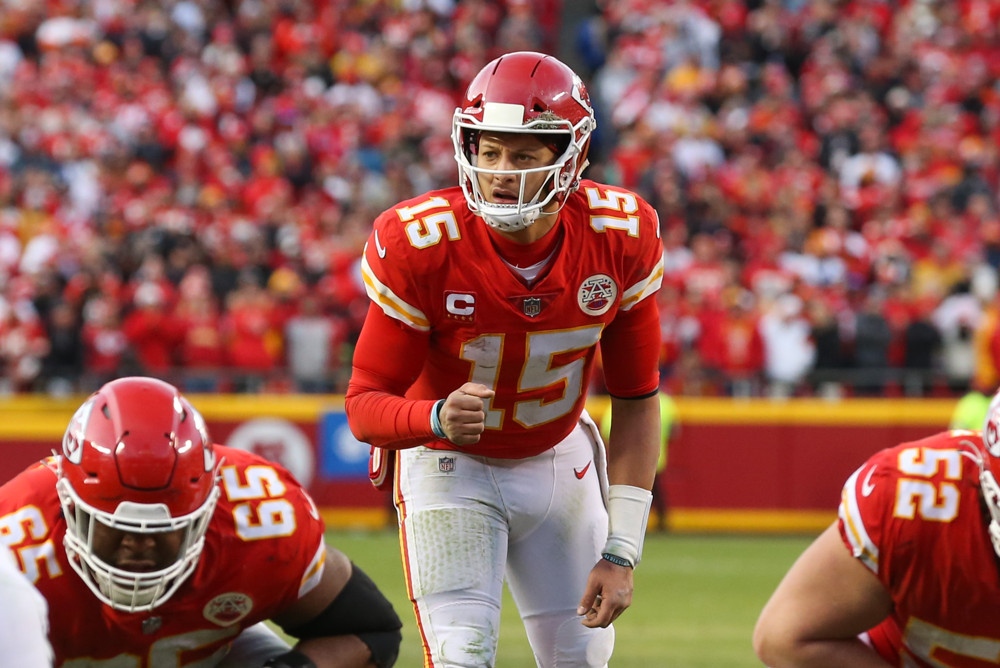 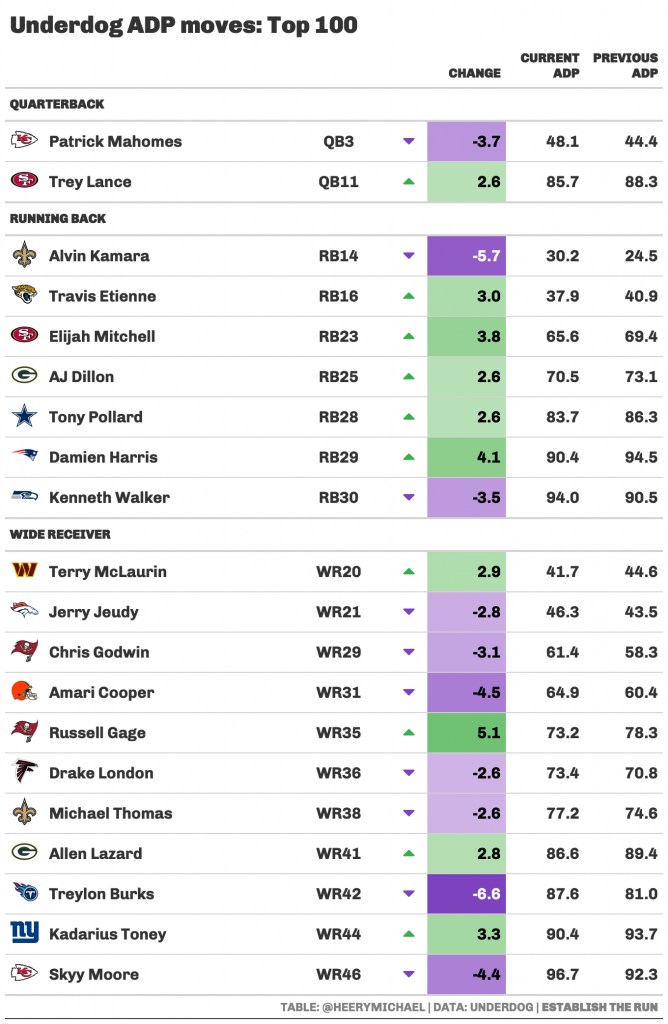 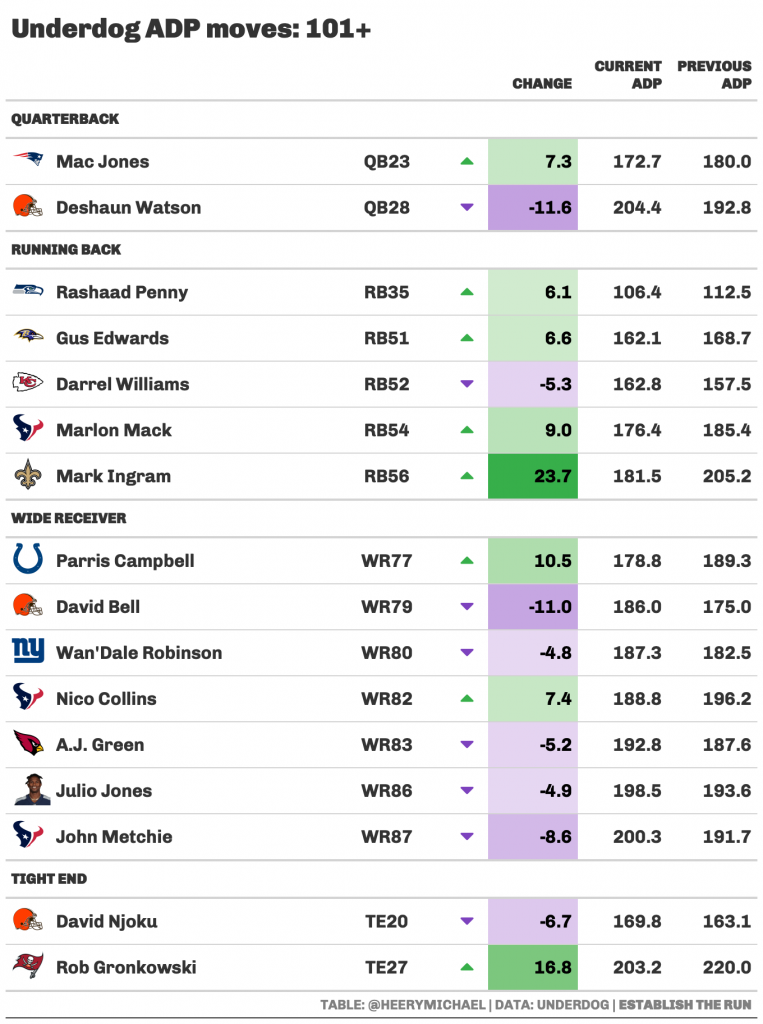 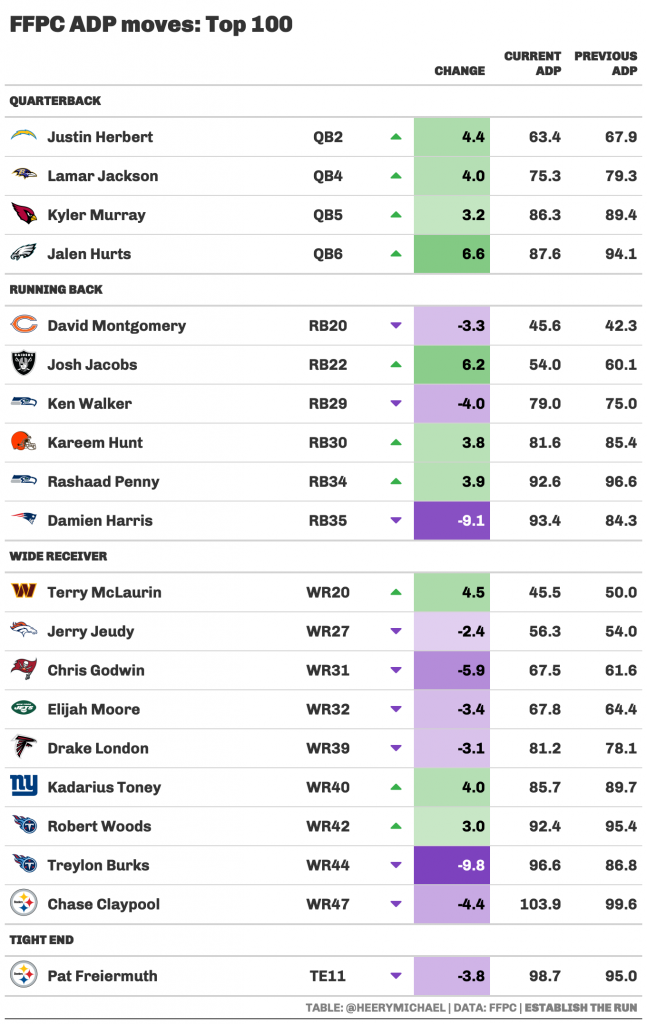 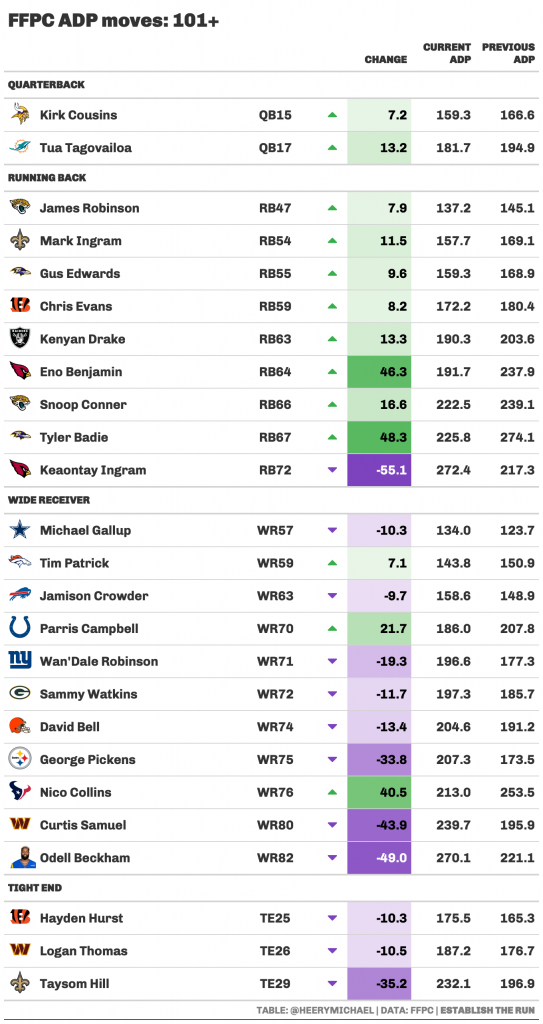 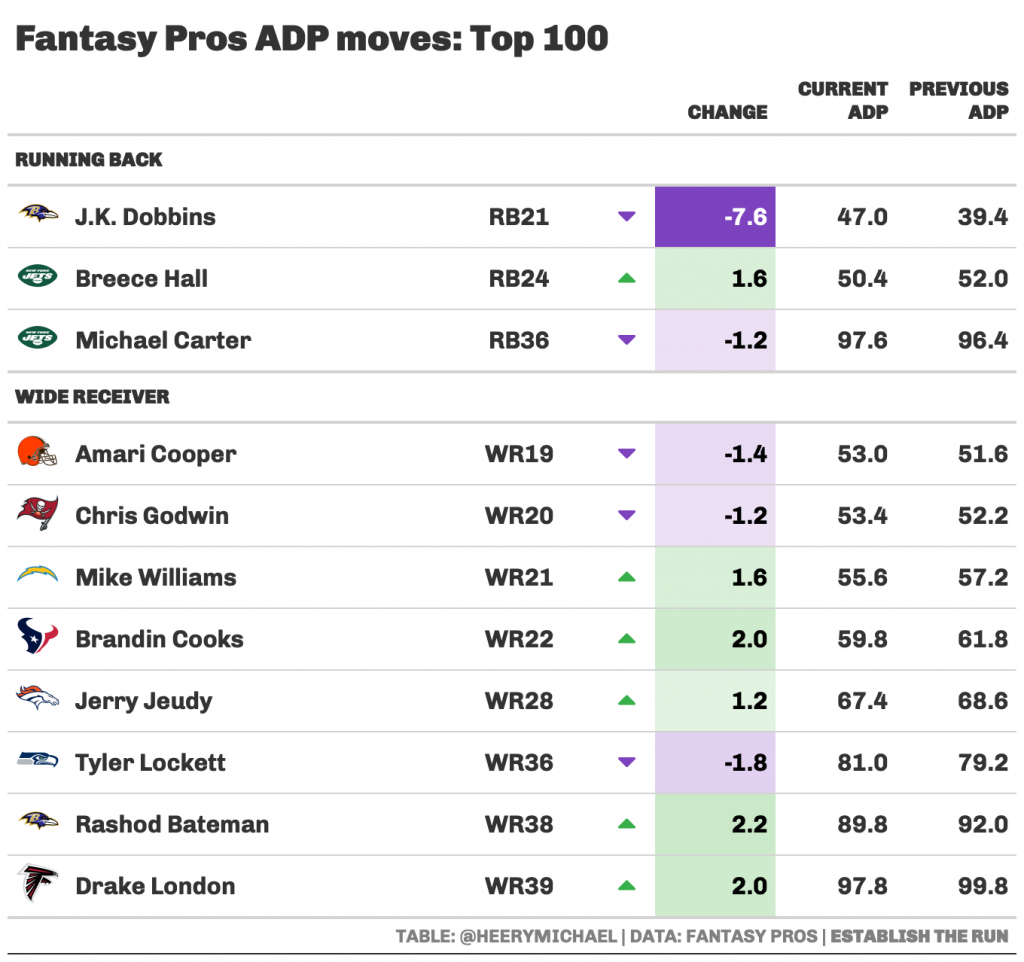 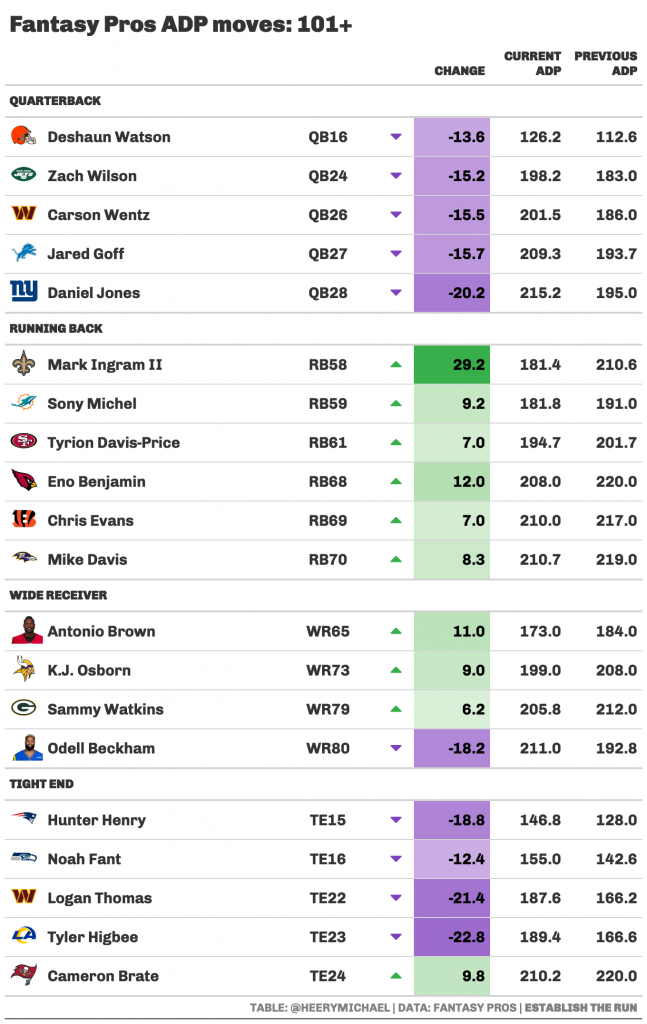 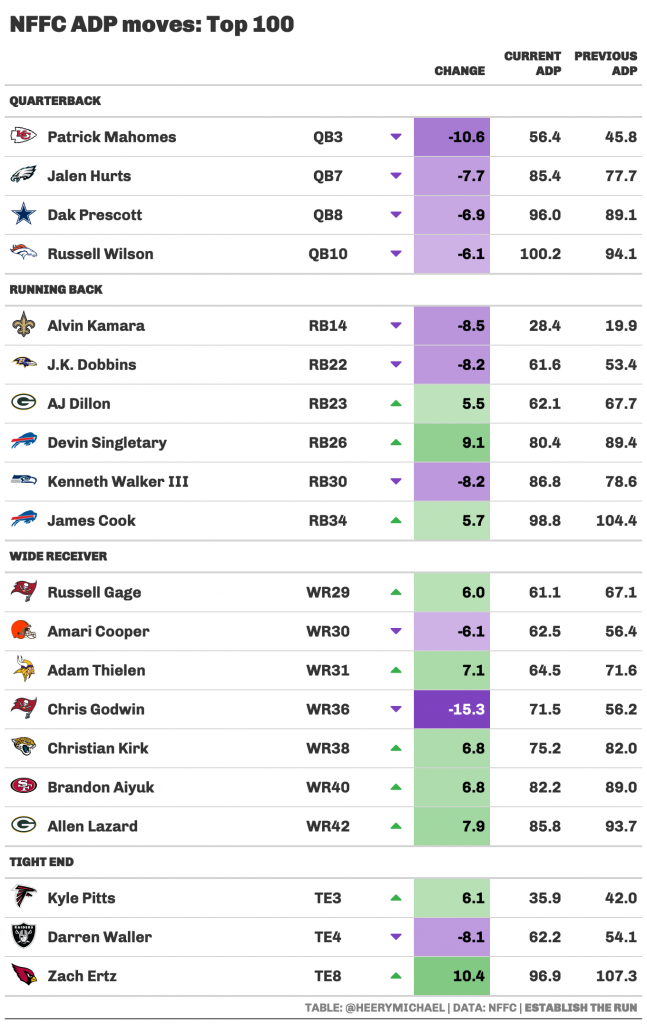 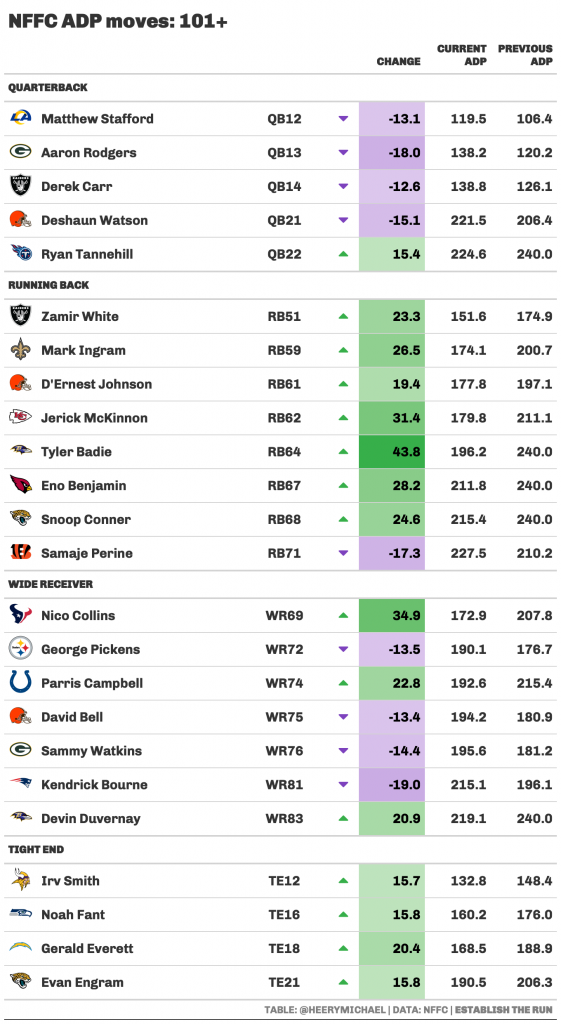 Here's how the ADP for the Bucs pass catchers has evolved over the last two months in @FFPC slim leagues, pre and post Gronk retirement: pic.twitter.com/H6nZd2BgBj