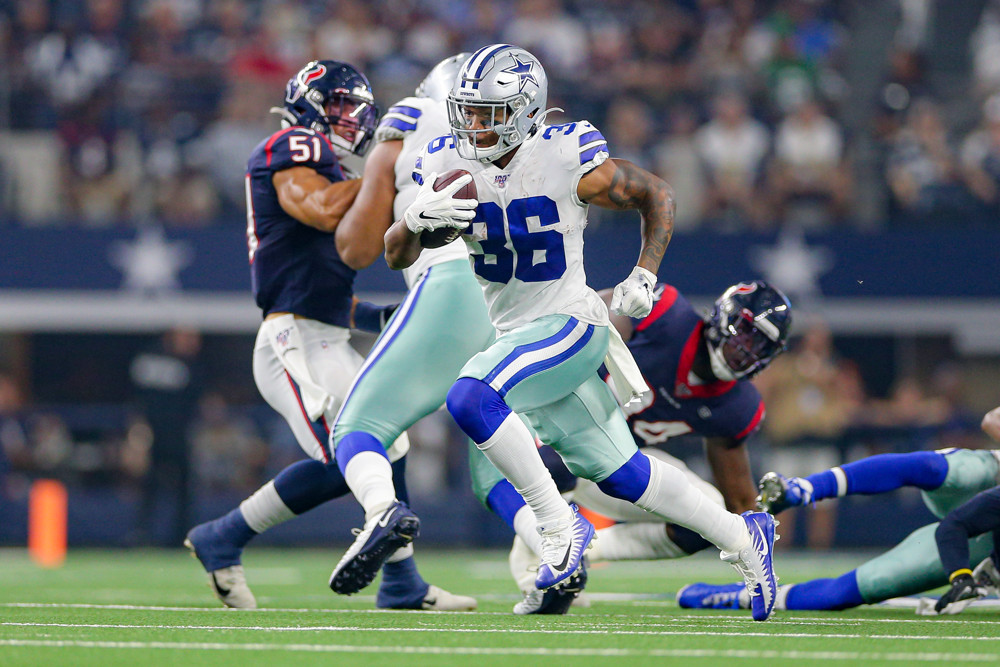 Well, they’re right if we’re focused on player performance due to the tiny sample sizes and vanilla scheming. But if we’re focused on usage, preseason matters very much. By usage, I mean who is running with the first-stringers, who is forced to play when the rest of the starters sit and where on the field players are being used.

Similarly, no one gave Phillip Lindsay a shot to win the starting running back in Denver a year ago. But in the preseason, Lindsay stole significant first-team work from Freeman and put himself on meticulous drafters radar. Taywan Taylor’s alleged “sleeper” status proved to be fraudulent when he ran as the No. 4 receiver last preseason, Rashaad Penny’s Round 1 status was exposed as irrelevant, Peyton Barber separated massively from Ronald Jones – the list goes on and on.

These were the most important usage takeaways I saw in Week 3 of preseason action.

1. Leonard Fournette’s Elite Usage
We finally got a look at Leonard Fournette Thurdsay for the first this preseason, and he didn’t disappoint. Uncle Len was in on 18-of-19 first-team snaps, including all four 3rd-down snaps. He drew three targets, hauling in two for 19 yards. Top backup Alf Blue didn’t play, but this is still exciting usage for Fournette. He’s one of the few backs in the NFL very likely to have a true three-down plus goal-line role. And Andrew Luck’s surprise retirement creates two more positive game script situations for him. Again, 300 carries and 60+ catches in within Lenny’s range of outcomes this year, and the percent of time that happens is rising.

2. Sony Michel Healthy, Rocking
Tom Brady played 28 snaps on Thursday. Sony Michel was in on 15 of them and racked up 10 carries during that time. The positives are Sony looks extremely healthy, the Patriots have the league’s best offensive line (per Brandon Thorn here) and the Patriots are annually among the league leaders in RB rush attempts from inside the 5-yard line. Just last year, Sony was 6th in the league in rushes from inside the 10-yard line despite missing three games and being limited in a few others.

Of course, the negatives are Sony’s lack of pass-game role. He was removed in favor of James White (8 snaps) and Rex Burkhead (7) on every pass down. Still, Damien Harris played zero snaps with Brady and Sony’s knee looks more than right. He’s a major threat to lead the entire league in touchdowns.

3. Concern On Kerryon?
When Theo Riddick got cut, I thought the floodgates would open on Kerryon Johnson’s usage. Something around 60-70% of the early-down carries plus 80-90% of the pass-down work would make sense for a back of Kerryon’s ability. However, Matt Patricia is not the sharpest tool in the shed when it comes to player usage. Matthew Stafford played 18 snaps Friday and Johnson was only in on eight of them. CJ Anderson was in on 10 and handled a few of the pass-down reps. I’m still high on Kerryon, but a true three-down role and 20-touch projection is likely wishful thinking under Patricia. He mind-numbingly thinks it’s optimal to “save” his best back for December and January.

4. The Mysterious Case Of Christian Kirk
I want to preface this by saying I honestly don’t know what to make of Christian Kirk’s usage this preseason. He’s clearly a better talent than Damiere Byrd and Trent Sherfield, and Kirk clearly showed last year he’s capable of playing outside.

The best argument for Kirk right now is that the Cardinals haven’t really shown much of their “10” personnel which will have two slots, two WRs, zero TEs and one RB on the field. That’s a very rare formation in the NFL, but Kingsbury is expected to implement very rare things. That formation could also get Kyler killed. For now, I’m just letting someone else take Kirk – I don’t think the offensive effectiveness will be strong enough and the target share will be condensed enough to hurt me.

5. Chris Godwin, OJ Howard Continue Massive Usage
Jameis Winston played 58 snaps this preseason and Chris Godwin was in on all 58. He lined up in the slot 32 times and finished with a 6-72-1 line. We don’t need to rehash this for the 100th time, but Godwin’s usage, scheme, team environment and natural talent are all elite.

As for OJ Howard, he was in on 57 of Winston’s 58 snaps this preseason and lined up in the slot 12 times. That only resulted in a 2-20-0 line on four targets, but no one should be worried. Howard is a unique talent whose per-play efficiency in the pass game has been among the league’s best tight ends. Now Howard is going to play every snap.

6. Tony Pollard The Horse
Ezekiel Elliott is still not back with the Cowboys, putting his Week 1 status in serious doubt. Over the last two weeks, Dak Prescott has played 22 snaps and Tony Pollard has been on the field for all 22 of them. No other RB has even sniffed the field. And I’m not one to be on #TeamWatchTheGames, but Pollard has been spectacular. He’s rushed 15 times for 84 yards with one TD and added three catches for 19 yards. He’s PFF’s No. 14 RB this preseason among 180 qualifiers.

7. Ted Ginn Not Going Away
Drew Brees saw his first action of the preseason on Saturday, logging eight snaps. Michael Thomas was in on all eight (and made two highlight-reel catches), Ted Ginn played seven and Tre’Quan Smith played four. It’s easy to forget about Ginn because 34 years old and was injured for most of last year, but he’s not going away. Ginn’s role as the field-strecher in this offense remains intact – he’ll be cheap access to any shootouts that may happen involving the Saints this season.

8. The Austin Ekeler vs. Justin Jackson Split
Even though Philip Rivers didn’t play at all, Chargers starters played 61 snaps this preseason. Austin Ekeler was in on 40 of those and Justin Jackson logged 21. I think that’s the kind of split we can expect in Week 1 when the Chargers host the Colts – there’s no sign of a Melvin Gordon deal. Ekeler is no screaming bargain on DraftKings at $5500 given this 65/35 kind of split, but his floor/ceiling combo is nice given his career per-touch efficiency and Rivers’ RB target rates.

9. Tevin Coleman Has Edge On Matt Breida For Now
In the third preseason game, Jimmy Garoppolo was in on 38 snaps. Tevin Coleman got 24 and Matt Breida got 14. And even though Breida has looked very capable as a pass-catcher, Coleman has been in on eight 3rd-down snaps this preseason vs. three for Breida (via Graham Barfield). Coleman is almost certainly going to start against the Bucs in Week 1 and be in on a majority (but not all) of the pass downs. But Breida will have plenty of chances to establish a hot hand.

10. Don’t Sleep On James Conner
The offseason coachspeak that the Steelers would suddenly go to a RBBC after a decade of refusing to do so was always silly. Especially when they have a back of James Conner’s caliber. Conner was in on 29-of-34 first-team reps this preseason, racking up 11 carries plus three carries during that limited action. Jaylen Samuels has almost exclusively played with the second-stringers. Conner, who averaged 18.8 carries plus 4.7 catches across the first eight weeks of last season, has a good chance to replicate that usage to open this year.