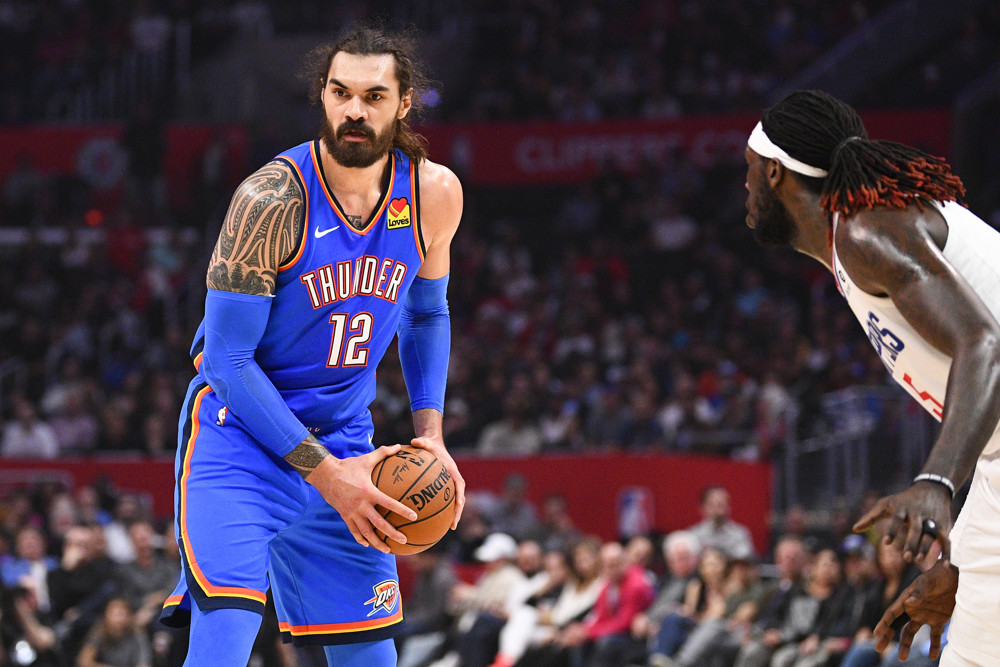 We have seven games today, but it’s not nearly as bad as the chaotic Saturday slate with 15 open tags (probable, questionable, doubtful). With all but two teams putting in their injury reports, it’s really just the Magic with Aaron Gordon (hamstring) and Michael Carter-Williams (foot) as questionable, and Kent Bazemore (calf) also questionable as things you may have to think about when setting your lineups. The Blazers and Clippers are on a B2B, so we’ll get their reports later today. You’d think the Blazers should be good to go, especially Damian Lillard, C.J. McCollum and Gary Trent Jr. The Clippers, however, will undoubtedly be resting players against a Nets team that already may be without their three best guys.

1. Russell Westbrook (quad) will miss his second straight game with Eric Gordon (ankle) still sidelined. It should be Ben McLemore in the first unit again, but the surprise part on Thursday was the Rockets kicking the tires on Michael Frazier. Assuming no funny business, James Harden will be a monster in a dream matchup while there’s plenty of usage to go around to Danuel House, B-Mac and Robert Covington. McLemore revenge game?

2. The Nets are setting up for how they played the Bucks with Caris LeVert (rest), Jarrett Allen (ankle) and Joe Harris (groin) all doubtful for tonight against the Clippers. That should mean we get Garrett Temple, Timothe Luwawu-Cabarrot, Lance Thomas and Rodions Kurucs as the starters, and Tyler Johnson should start. Chris Chiozza should also get some overlap as the PG2 and Jeremiah Martin figures to slot into the PG2 spot. Donta Hall and Justin Anderson will be the backup PF/Cs.

3. The Wizards only have Shabazz Napier (ankle) listed as probable, so he should be good after a tweak on Friday. After not having any overlap with Ish Smith two games ago, there were 2.6 minutes of two-PG lineups because of some Isaac Bonga foul trouble. The Wizards are eliminated, so today could be the day that Troy Brown starts at point guard. It’s a tough matchup for him, but he’s so good at filling stat sheets he could go off. He did also bang knees, so it’s nice to see he’s not on the report at all.