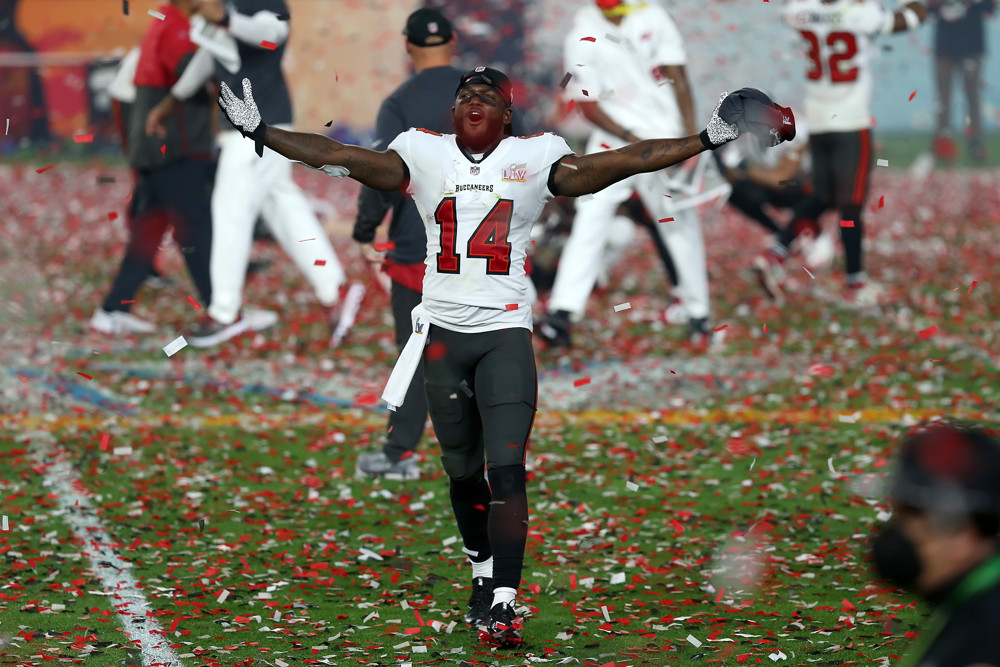 DraftKings’ weekly NFL Milly Maker remains the flagship DFS tournament. It’s a unique event because it often has more than 200,000 entries, roughly 30% of the prize pool goes to first place and someone becomes a millionaire off a $20 buy-in.

This “put up a little to win a lot” model is always going to be incredibly popular. It attracts tons of unsophisticated and casual players, making the Milly Maker a very +EV tournament for thoughtful and sharp players. Of course, we need to be aware that realizing the positive expectation is very difficult at these massive field sizes.

So how do we win it? By picking the right players, dummy! Of course, that is first-level thinking and not a real or thoughtful strategy. We are not nearly as good at picking the “right” players as we think we are. So while much of the field is just selecting players they like, we need to optimize for first place through other strategies.

That means thinking about lineup construction, salary allocation, flex usage, correlation, ownership leverage and more. If we can understand what wins this tournament, we can build a repeatable process that raises our chances of shipping.

The data you see below was compiled by Mike Leone, our Director of Analytics.

WHAT WE FOUND
1. Double Stack Our Quarterback
“Double stack” means rostering a QB with exactly two of his teammates at any position. For example, Dak Prescott with Amari Cooper and Ezekiel Elliott. Or Dak with Cooper and CeeDee Lamb. Or Dak with Lamb and Michael Gallup. The field has raised their double-stack percentage over the last few years, but they are still lagging far behind the winning teams.

2. Bring It Back With One Opponent — Specifically a Wide Receiver
“Bring it back” means using at least one player from the opponent of our quarterback stack. For example, if the Cowboys are playing the Eagles our stack could be Dak Prescott, Amari Cooper and Michael Gallup. Our ideal bring back would be one of Devonta Smith or Jalen Reagor. The idea is to maximize correlation and decrease the number of things we need to get right. If Dak has a monster game, chances are his teammates went off and someone on the other side was forcing him toward the ceiling of his attempt range.

3. Spend All or Most of our Salary Cap
There’s a narrative out there which suggests leaving cap money on the table is sharp because you’re more likely to have a unique team. While that’s true on Showdown and shorter slates, it’s simply not a factor in the Milly Maker. These are 12- and 13-game slates with an endless number of combos. For the fourth straight year, we found zero edge in leaving money on the table. If anything, spending more showed a slight advantage — simply because we’re making better projected teams.

4. Use Wide Receiver In Flex Spot
There was a time when rostering three RBs and three WRs aka “RB in the flex” was standard practice among sharps. That has changed, in part because DraftKings raised the salary floor at RB to $4,000. As of last season, our best leverage came with a two RB, four WR lineup — aka WR in the flex. That could be slightly skewed by injuries to Christian McCaffrey and Saquon Barkley last season, but I expect the overall trend to continue.

At the core, WR in the flex is correct because their top 1% outcomes are higher than running backs in this full-PPR format. But there are ancillary benefits as well. It gives us more room to Double Stack WRs (see No. 1 above). It gives us more room to bring it back with a WR (see No. 2 above). And finally, it’s easier to find leverage plays at WR — guys who have a good ceiling with lower ownership than a RB.

5. Spend Up At Quarterback
This is the biggest shift we’ve seen in DFS over the last year. The emergence of multiple elite dual-threat QBs has changed the entire landscape. Josh Allen, Kyler Murray, Lamar Jackson, Deshaun Watson, Russ Wilson, Patrick Mahomes — it is simply very difficult for pure pocket passers (even in good matchups) to match the consistency and ceiling. This season, we’ll add in more strong rushers such as Trey Lance and Justin Fields. We need to find upside at the QB position — we can’t just skate by anymore with matchups and floors. Note that this year, we are adding ceiling to our projection tables.

So where did the money come from to spend at QB? Both the field and Top 100 teams are spending less at running back — roughly $5,750 on average.

On the other end of the spectrum, we want to avoid the absolute mega-chalk. The field averaged 0.25 players at 40% ownership or more, but Top 100 teams averaged just 0.13 players.

Note that the correlation between ownership and DraftKings points at D/ST is just 0.250 — by far the weakest at any position. In other words, it is very hard to project how defenses will perform. As you can see above, we should be willing to both spend down in terms of salary and ownership.