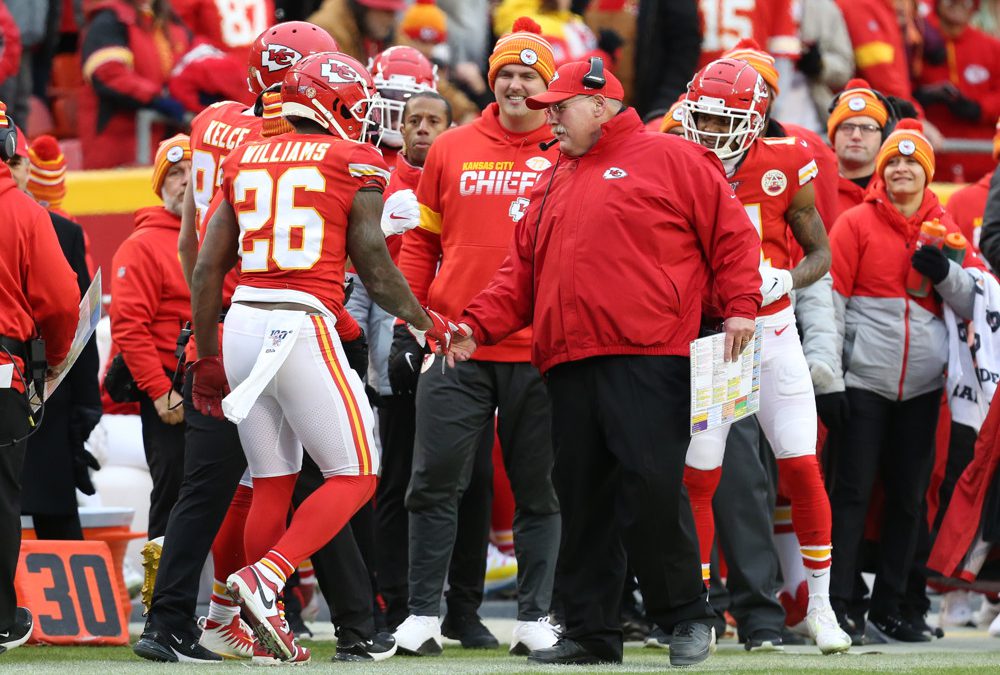 Notes: I was high on Sammy Watkins in both the Divisional Round and the AFC Championship game. Now I believe the market has overreacted to his 7-114-1 eruption against the Titans. Note that Watkins has been under 50.5 yards in 9-of-16 games this season (56%) and the 49ers ranked 7th in completion percentage allowed, 1st in yards per completion allowed and 6th in sacks.

Notes: Manny Sanders only has two catches in the 49ers’ two playoff games. Of course, that’s because Jimmy Garoppolo has attempted just 27 passes in two games. Patrick Mahomes and the Chiefs force opponents into high pass volume scripts because of their explosive ability – games are typically either shootouts or comeback-modes. Chiefs opponents averaged 36.3 pass attempts per game during the regular season, 10th-most in the league.

Notes: I’ve tried to be higher than market on Damien Williams all postseason in both DFS and the prop market. It’s just rare in today’s NFL we find a back with a reasonable shot at 100% of the snaps and RB touches. Williams over 50.5 rush yards is also a solid bet (projection is 66.9), but Williams’ pass-game role is more game-script independent.

Notes: This is a classic case of a market overreacting to recent performance. Mahomes has recorded 53 rushing yards in each playoff game – one of which in spectacular touchdown-scoring fashion. But in the regular season, Mahomes was under 30.5 rush yards in 12-of-14 games. In 2018, he was under 30.5 rush yards in 15-of-18 games. This is certainly one of the stronger bets on the board, particularly at +113.