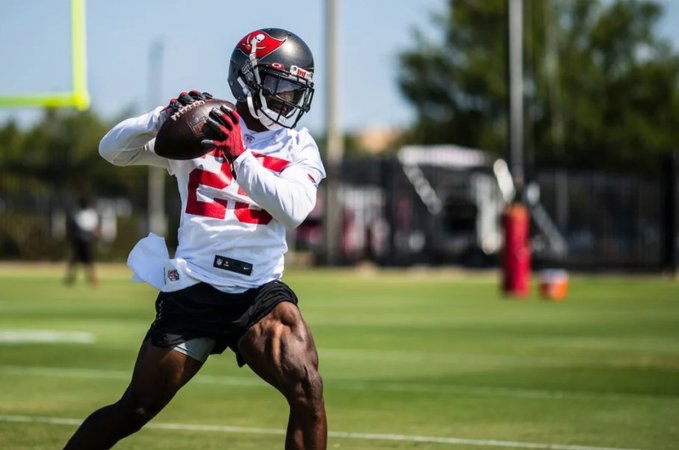 Breakout running backs are frequently the key to fantasy championships. Just ask anyone who had James Robinson last year. Or Alvin Kamara during his rookie campaign. Or Devonta Freeman in 2015.

You get the idea.

RB is the most important position in fantasy football; an elite runner can carry a team in a way no other position can. Case in point: The five highest (and nine of the top-10) best ball win rate seasons since 2015 have come from RBs.

Breakouts come in all shapes and sizes. Stylistically, LeGarrette Blount is the polar opposite of Danny Woodhead, but both posted an RB1 season from a late-round ADP. But are some RB archetypes more conducive to breakouts? And how does this relate to what we learned recently about the value of usability?

Previously, we used a method created by RotoViz’s Charles Kleinheksel to split RBs into four categories. Basically, you can take the top two RBs by ADP on each team and group each player based on where they’re getting drafted relative to their teammate. Over the last three seasons, the average difference in ADP between a team’s RB1 and RB2 was 97.5 spots. A gap smaller than that was labeled a committee, while a disparity greater than 97.5 was viewed as a starter and a backup. RBs who were not one of the first two backs drafted on their NFL team were split based on projected points (via ESPN’s Mike Clay).

At this point, we have four categories: committee RB1, committee RB2, clear starter, and clear backup. Since we’re focusing on late-round breakouts, all RBs with an ADP inside the first six rounds were thrown out, which eliminated the “clear starter” category.

I changed seven guys from “clear backup” to “committee RB2” due to ADP. For example, Latavius Murray was classified as a backup using the method described above, but he has almost as many carries as Kamara over the last two seasons. Tony Pollard could be called a backup using the same process, but fantasy players clearly like him enough to invest early. I used Round 12 as the cutoff point (i.e. if your ADP was before the end of Round 12, you were labeled a committee RB). This change affected the following players:

We now have two unique buckets: committee RBs and clear backups. Those are archetypes in themselves, but we’re going to divvy them up even more based on playstyle. Using Clay’s projections, I found each committee RB’s projected ratio of receiving points to rushing points and split the group into three equal-sized categories (pass-catching RBs, dual-threat committee RBs, and two-down grinders).

Clear backups were split into two groups based on whether they’d have a small role or no role. Clay’s projections were once again used as the differentiator.

At long last, we are left with five categories:

It’s worth noting that we’re using PPR data for this exercise. The most popular best ball platform on the market right now — Underdog — is half-PPR, but it’s so new that we only have one year of data. Later on, we’ll theorize how things would change in half-PPR, but the following numbers apply to PPR best ball and season-long formats.

First, let’s take a look at the committee RBs.

Pass-catching committee backs appear to be undervalued in full-PPR leagues. Not only do they average the best win rate, but they also score the most points despite being drafted the latest. Three of the four highest win rate seasons among committee RBs since 2018 came from pass-catchers. They are the only bucket to outperform their ADP-based expectation on average.

Over the last three seasons, the average win rate for all RBs with an ADP in Round 7 or later was 8.7%. The other two groups are below that number but above the baseline 8.3% win rate. Not bad, but not living up to the production of pass-catching RBs.

A three-year sample isn’t definitive by any means, so it’s not like you should exclusively draft RBs with a defined pass-catching role. Still, you should be aware that archetype has outperformed ADP in the past.

With that in mind, let’s examine the backup RBs.

Surprisingly, there is just a 6.7-spot difference in ADP after splitting the group in half based on projections. The data also demonstrates it’s better to take players with at least some role over a guy who won’t see the field without an injury, supporting our findings on the value of usability. Even though all of these RBs are backups — meaning none of them have a significant Week 1 role — it’s still better to take players who are doing something. This could be for a variety of reasons: It could be that having a role for a full season increases your chances of posting usable weeks simply due to variance, or maybe it indicates the capacity to take on a larger role in the event of an injury. Regardless, it’s clear that throwing darts at pure handcuffs is not the move.

As usual, I have to mention that James Conner‘s 2018 season is included in the second group, which is worth bringing up because his value fluctuated wildly throughout the offseason as we learned more about Le’Veon Bell‘s holdout. If you remove him and his 22.1% win rate, pure handcuffs average a 7.8% win rate, 44.3 points, and -17.8 points over ADP-based expectation.

Half-PPR changes things. Obviously, pass-catching RBs are better in full-PPR, but that’s not useful for the many fantasy players who are drafting on Underdog this offseason. We don’t have enough data to answer whether the edge in drafting pass-catchers disappears, but we can at least gauge whether the market has adjusted to the change in scoring. Using Establish The Run’s projections, the following RBs fit the mold of a pass-catching committee RB:

And here are five two-down grinders:

Some of the higher-profile pass-catchers (James White, Tarik Cohen, and Nyheim Hines) are going notably earlier on full-PPR platforms like Fanball, but others (Giovani Bernard) have a similar ADP regardless of site. It’s the same thing with two-down RBs; Gus Edwards and Damien Harris get selected earlier in half-PPR, but Ronald Jones and A.J. Dillon actually go earlier on Fanball.

For what it’s worth, Underdog generally has sharper and more reactive ADP. Fanball players may not have fully baked in the Aaron Rodgers news yet, and their ADP probably hasn’t caught up to the recent Bernard hype. My inclination is that the edge in drafting pass-catching RBs translates enough across platforms that they’re still worth targeting on Underdog, but we need another year or two of data before we can say for sure. In the meantime, I’ll leave you with the following takeaways:

We plan to do more work on RB archetypes throughout the summer, so stay tuned!