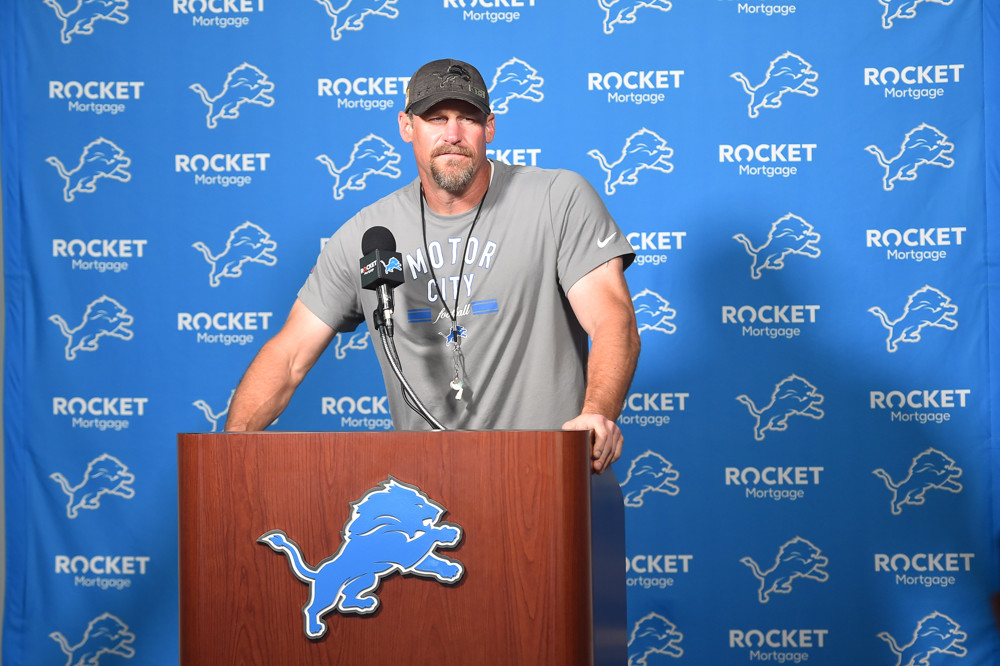 With the draft now in the books, it’s time to take a first look at both Rookie of the Year races. I’ll also discuss two futures bets that our Adam Levitan and Michael Leone have recently made, along with my reasoning behind making those same bets myself.

Offensive Rookie of the Year

Last year’s rookie class saw five quarterbacks taken within the first 15 picks, with three pass catchers going within the first six. This year’s class saw its only first-round quarterback selected 20th overall, while Drake London was the first skill-position player taken with the 8th overall pick. We’ll do a deeper dive on Offensive Rookie of the Year options as we get closer to the season, but needless to say this race is massively different than last year’s. With that in mind, here are a few options to consider that we can get at a notable value.

Similar to Mac Jones’ situation last year, Pickett was selected in the first round by one of the most stable organizations in football. If Pickett takes over for Pittsburgh within the first month of the season, he’ll face significantly less competition in the Offensive Rookie of the Year race than Jones did last year.

I’m generally optimistic about what the Jets are building, and I see Michael Carter as more of a role player than a blockade for a runner like Hall. Ultimately, if the start of Hall’s career largely mimicked that of Jonathan Taylor’s, I would not be surprised in the slightest; and Hall has significantly less competition than Taylor did in the 2020 Offensive Rookie of the Year race. Hall is the only Offensive Rookie of the Year bet I’ve made to this point, and if his odds become more favorable between now and opening day, I will consider adding to my position, just as I did with Taylor two years ago.

There are a number of viable wide receivers in this year’s Rookie of the Year race. Among those candidates, Burks is the best positioned to open the season as his team’s top option in the passing game. That sentiment is reflected in DraftKings’ early player totals, as Burks’ over/under in receiving yardage is more than 100 yards greater than the four healthy wide receivers that were taken before him in the first round. Jameson Williams is my favorite wide receiver in this class, so I will be keeping a close eye out for any updates on his status.

Defensive Rookie of the Year

I may outright avoid this race given the cluster of edge rushers at the top of this year’s draft class, but these are the three early options I’m monitoring.

Thibodeaux and the Lions’ Aidan Hutchinson are treated as Defensive Rookie of the Year co-favorites at some sportsbooks, which is how I’d currently handle this race if I was an oddsmaker. That small value on Thibodeaux isn’t enough for me to dive in, but it warrants mentioning.

When I watched Hamilton this offseason, I saw a lot of Seattle’s former perimeter corner Richard Sherman in his game. That unorthodox player comparison goes beyond both players having similar builds and nearly identical combine performances, as they are both very instinctive players with great ball skills. I’m not crazy about Hamilton as a space player, but his ability to make impact plays (turnovers) paired with his fantastic landing spot in Baltimore’s already-talented secondary put him in a unique position to challenge this class’s group of top-of-the-draft pass rushers.

Much like Browns linebacker Jeremiah Owusu-Koramoah last year, Karlaftis is “my guy” on defense in this year’s draft class. Three of the first five players taken this year were edge rushers, and the chances of one of those guys winning this award are really quite high. That said, the Jets’ Jeremiah Johnson was taken just four draft slots before Karlaftis, yet Johnson’s Defensive Player of the Year odds are currently clustered around +800. While I like Johnson as a player, the margin between Johnson and Karlaftis should be considerably tighter. Throw in the fact that Karlaftis will play a lot of football in front of national audiences as a Chief, and he’s the most interesting longshot in this race.

I use data in a variety of ways in just about everything that I do, but when it comes to football, my own systematic observations drive my decision-making process. That said, it’s usually good news when I arrive at the same conclusions as sharp guys like Adam and Mike that have a different methodology than my own.

I’ve been generally bullish on the Eagles since I wrote up early win total previews in late March, as they have a very appealing schedule while being well-positioned to leave the draft with a better roster than they had last season. I was not expecting that roster improvement to result in A.J. Brown landing in Philadelphia, which is when I bought my position on Hurts in this year’s MVP race.

My bull case on Hurts is similar to Leone’s, as Hurts is a dual-threat weapon capable of slate-breaking production that now has a pretty dynamic skill group. Like Mike, I also believe that Eagles head coach Nick Sirianni ultimately wants to have a more pass-centric, aggressive offense, which was plainly signaled by the acquisition of Brown. That said, Sirianni, to his credit, pivoted from the pass-centric offense that he wanted early in the year last season because it simply wasn’t working. Recognizing what your team is rather than what you want it to eventually become is a skill that not all coaches possess, and the Eagles were a more competitive team after that switch. If you’re considering an MVP bet on Hurts, a big part of that bet is on Hurts becoming a significantly more consistent passer this season that will allow Sirianni to deploy the more aggressive offense that he wants. I’m good with that at 40:1.

Speaking as someone that is entering my fourth year working for Adam, being on the same page here is really good news for me, because this guy is a dangerous man that routinely wrecks betting markets with his insights. It wouldn’t surprise me if oddsmakers had wanted posters of Adam Levitan hanging up in their office. Anyway, you probably can’t get Campbell at 60:1 odds anymore, but he is still available on PointsBet at 33:1 versus being otherwise available in the 20:1 to 25:1 range at most other spots (which is where he should be).

The Lions’ draft changed how I viewed them, as they suddenly have a pretty complete skill group to go with a pretty not-bad offensive line when everyone is healthy. While Jared Goff isn’t necessarily the sort of quarterback you want to plan a wedding for, he does have his moments and peak Goff could make it work with this group. Not having to worry about a rookie quarterback taking over at some point this season is one of the primary reasons I’m more optimistic about Detroit now than I was a month ago.

The Lions also get two significant upgrades on defense this year with the addition of Defensive Rookie of the Year favorite Aidan Hutchinson and the return of 2020’s third overall pick Jeff Okudah at cornerback. Throw in the potential for positive regression on Detroit’s 2-5-1 record in one-score games last season, and the Lions could be a Wild Card factor in an NFC that is filled with mediocre teams. In a sense, a bet on Campbell here is a bet on the Lions to make the playoffs, which is an event with +400 odds on DraftKings currently.