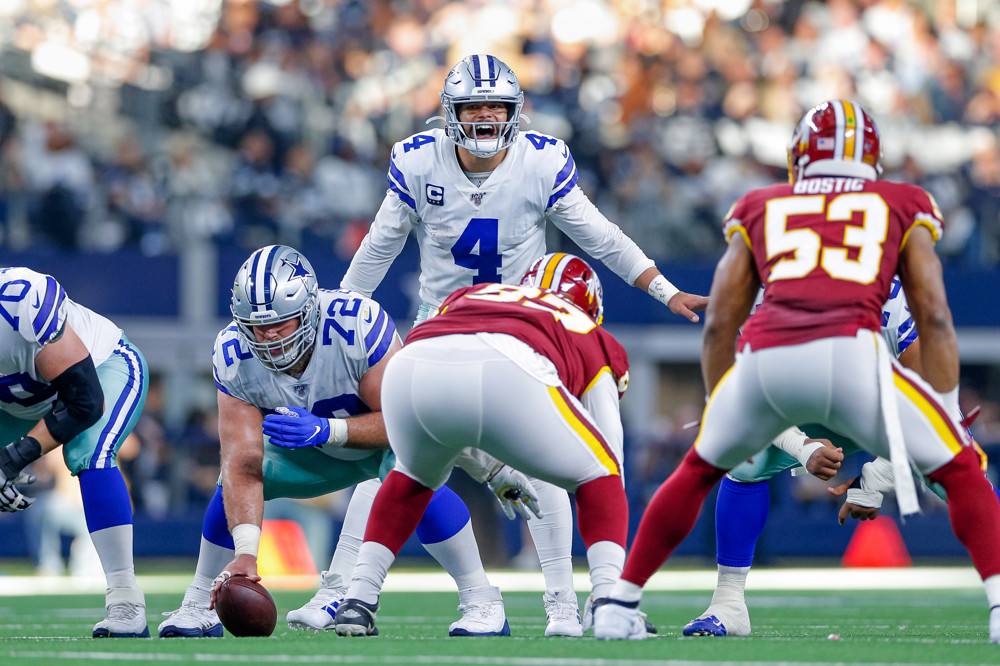 IMPORTANT Editor’s Note for NFL FANTASY PLAYERS:  Underdog Fantasy is offering ALL ETR subscribers an unbeatable deal! Anyone who purchases the ETR Draft Kit will receive a $10 site credit. First-time Underdog customers will receive an additional $25, making our Draft Kit nearly free if you haven’t tried Underdog yet!  After purchasing our Draft Kit, follow the instructions here to claim your reward.

Comeback Player of the Year is an award given to a player that has overcome some form of adversity from the previous year. Bouncing back from poor performance, significant injury, or otherwise being out of the league the previous season are the most consistent paths to being in contention for this award. Identifying trends in past award winners can help us make better bets. The chart below shows the previous winners of the AP Comeback Player of the Year since 2010.

Key Comeback Player of the Year Observations Since 2010:

— Seven of the 11 Comeback Player of the Year winners were quarterbacks.
— 10 of the 11 previous winners were offensive players, with two wide receivers, one tight end, and one safety making up the non-quarterbacks during this span.
— Eight of the 11 winners came back from injury, though in the case of Ryan Tannehill you could also claim that he bounced back from poor performance from the previous year, as he was originally signed as the Titans’ backup for the 2019 season.
— 10 of the 11 previous winners were on playoff teams, with Keenan Allen’s Chargers being two of four AFC teams with a 9-7 record that didn’t make the playoffs that season.
— 10 of the 11 previous winners were on teams with winning records, while Alex Smith won the NFC East last season with a 7-9 record.
— Just shy of half of these winners (5-of-11) were on teams that significantly improved from the previous year. Ignore team success as a factor in this race at your own risk.
— Chiefs safety Eric Berry beat a Hodgkin’s Lymphoma diagnosis to win this award, making him a true outlier with a unique situation.
— Michael Vick is also an outlier winner of this award, as returning from prison to lead a team to the playoffs is an exceedingly rare, if not singular occurrence in sports.
— The last two winners, Alex Smith and Ryan Tannehill, both started the season with new teams as backups before driving playoff pushes. Smith was one of many Washington quarterbacks last season. While his performance was solid in Washington, his Comeback Player victory was driven by the severity of the career-threatening injury he returned from. Just being on the field was a miraculous achievement for Smith. More simply, Tannehill just blew expectations out of the water as a Titan.
— Peyton Manning switched teams after losing a season due to a career-threatening neck injury. He then set the world on fire for three years in Denver, before winning a Super Bowl in his fourth.

Dak Prescott (+175 DraftKings vs +165 Fox Bet vs +150 PointsBet): Dak is the decisive favorite to win this award to the point that there should be a negative sign in front of his odds. Dak checks a lot of boxes related to this award. He suffered a visually gruesome injury last season, he’s ahead of schedule on his recovery, he’s surrounded by one of the very best offensive supporting casts in the league, he’s been an exceptional performer to this point in his career and his Cowboys have a healthy 9.5-game win total that Dallas just needs to match for Dak to contend for this award. A quarterback coming off a significant injury that leads a successful team is the standard profile for a Comeback Player of the Year winner, and Dak is in a very strong position to do exactly that. Prescott is such a strong candidate in this race, a bet on anyone else is also a bet directly against Dak.

Joe Burrow (+600 DraftKings vs +400 Fox Bet and PointsBet): I love Burrow long-term; he’s supported by a really strong skill group and thus I will be betting on him in a variety of ways this season. Additionally, the doctor that operated on Burrow has recently said that Burrow is on track to start on opening day. Burrow can be productive enough to win this award, particularly if his offensive line improves as expected, so pairing him with a Dak Prescott bet isn’t unreasonable. However, I have trouble suggesting that he’s a good bet to exceed his 6.5-game win total by 3.5 games (2.5 games at minimum) considering the division he plays in. As you’ll see in the chart above, team success has factored into Comeback Player of the Year for at least a decade now. So, understand that a Comeback Player of the Year bet on Burrow is either a bet on his Bengals significantly exceeding their win total or a bet on awards voters breaking pattern.

Nick Bosa (+700 DraftKings vs +550 PointsBet vs +350 Fox Bet): Bosa is a high-end pass rusher for the 49ers coming off a season-ending ACL injury suffered in mid-September of last year. While San Francisco’s 10.5-game win total suggests that he’ll be on a competitive team this year, a bet on Bosa to win this award is a bet on an outlier outcome, as only one defensive player has won this award this past decade and they returned from a cancer diagnosis.

Christian McCaffrey (+700 PointsBet vs +600 DraftKings vs +450 Fox Bet): You’d have to go back to Garrison Hearst in 2001 to find the last running back to win the AP Comeback Player of the Year award, which makes any bet on a running back a bet on an outlier outcome. On the positive side, McCaffrey is capable of historic production, amassing 1,000 yards rushing and receiving in the same season. If you’re going to bet on an outlier, at least bet on one that can realistically land in a history book. On the downside, you’re not only paying a pretty high 7:1 premium to bet on a running back to win this award for the first time in 20 years, but you also need the Panthers to beat their 7.5-game win total. Additionally, McCaffrey was sidelined by a high-ankle sprain early last year, followed by shoulder and quad issues when he tried to return late in the season. While McCaffrey missed most of last season due to these ailments, most Comeback Player of the Year award winners return from significant season-ending injuries.

Saquon Barkley (+700 PointsBet vs +600 DraftKings and Fox Bet): If we’re being honest, injuries have made the supremely talented Barkley a disappointment to this point in his career. That might actually be a positive as it pertains to this award, as that means he has more adversity to overcome than just returning from a season-ending ACL injury. Regardless, every other challenge that Christian McCaffrey has in winning this award could also be said for Barkley. One advantage that Barkley has is that he plays in the New York market, so if his freakish athletic ability results in historic production for an improved Giants team, the New York media could help drive Barkley’s standing in this race. But, at the end of the day, a Comeback Player of the Year bet on Barkley is a bet on an outlier outcome at 7:1 odds.

Carson Wentz (+1000 PointsBet vs +900 DraftKings and Fox Bet): If you’re betting on Wentz for this award, you are betting on him bouncing back off a bad year under the watchful eye of his old coach, Frank Reich. Being reunited with his former coach is a narrative that could actually help some in this race as it would create an additional talking point. If Wentz plays well while the Colts meet or exceed their projected 10-game win total in a very winnable AFC South, it would put Wentz in contention to win this award most years. With that said, while the Colts have a solid roster, they aren’t exactly brimming with game-breaking pass catchers, which makes the idea of Wentz overcoming Dak Prescott in this race very reliant on the success the Colts have as a team.

Sam Darnold (+2000 PointsBet vs +1600 DraftKings vs +1300 Fox Bet): The Panthers’ excellent skill group and offensive coordinator Joe Brady provide Darnold with a radically different (also better) supporting cast than he’s had to date in his pro career. That alone provides some optimism that Darnold will get his career back on track as a Panther. Darnold will have to exceed Carolina’s 7.5-game win total while being productive enough to compete with decisive favorite Dak Prescott in this race, not to mention the other options that have a path to victory.

Jameis Winston (+5000 PointsBet vs +3300 DraftKings): We’ve now seen Saints coach Sean Payton go 7-1 over the past two years while starting Teddy Bridgewater and then Taysom Hill at quarterback, which is a remarkable achievement. There is no guarantee that Winston will win the Saints job and even if he does, Hill will be involved to some degree, which has to be factored into any pro-Jameis stance heading into opening day. Additionally, a Comeback Player of the Year bet on Winston is also a bet against decisive favorite Dak Prescott winning this award. However, the idea of betting on Payton to get the most out of a quarterback that has already thrown for over 5,000 yards in an NFL season at 50:1 odds is an opportunity that isn’t going to happen again. If Winston wins this job, he could realistically lead the league in passing yards while leading the Saints to nine or more wins after having served as a backup last year. If Winston wins the job outright heading into the season, his odds for this award should range near 15:1, especially given the Saints’ healthy 9-game win total.

Jimmy Garoppolo (+5000 DraftKings and PointsBet vs +1600 Fox Bet): Jimmy has to be mentioned because he has the potential to be the starting quarterback for a team with a 10.5-game win total. On the other hand, there is no guarantee that he’s going to enter the season as the starter and it would be quite surprising if third overall pick Trey Lance didn’t see significant playing time before year’s end.