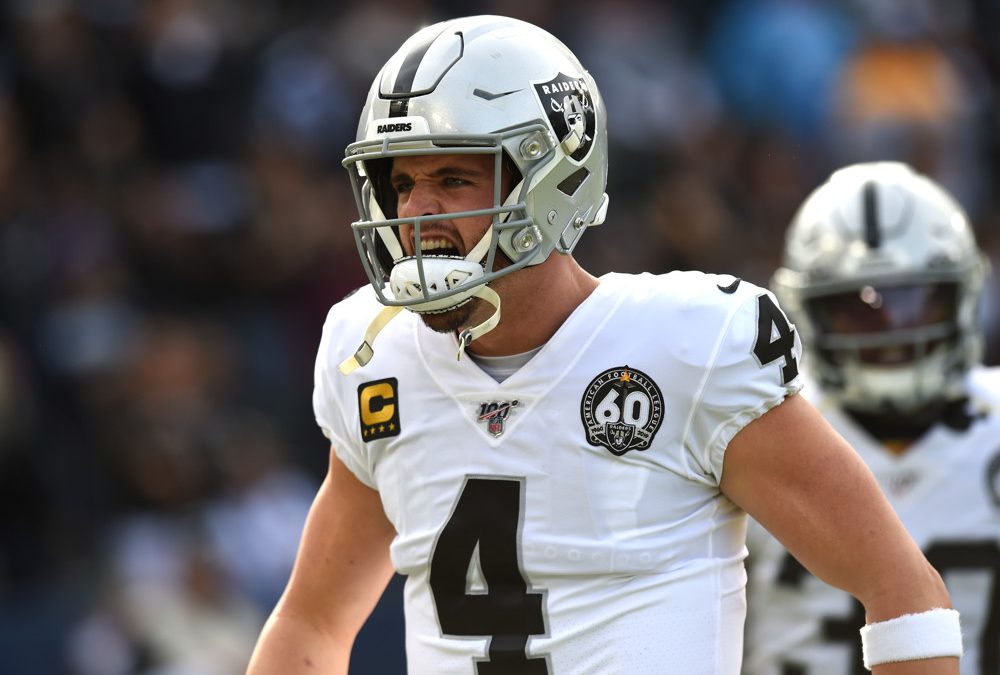 Given some of the recent signings and difference-making trades in the NFL, it’s time to hunt for some early line values in the MVP race. The list of 10 quarterbacks below is a mix of top contenders and longshots with notable line disparities between sportsbooks.

Please note that line-shopping this market is ESSENTIAL. There are huge discrepancies (as you’ll see below) in prices. If signing up for a new book, be sure to get the bonus offers in here.

Herbert’s MVP candidacy will be among my favorite discussions this offseason. Herbert would have been right in the MVP mix last year if the Chargers were a more successful team. He wouldn’t have won, but he’s already shown that he’s a talent elevator that played well enough in his second season to have been within statistical striking distance of Tom Brady and Matthew Stafford in the MVP conversation. That alone is reason enough to be very optimistic about what Herbert can do in his third year.

The AFC is loaded with legitimate contenders this year, and the West specifically has four teams that could all realistically contend for the division. Competition is the biggest hurdle for Herbert or any AFC signal caller in the MVP race this season. My other concern is that I don’t view the concept of being aggressive with a high-end quarterback as some form of innovative thinking that warrants considerable enthusiasm. I could run off a number of play callers on both sides of the ball that impressed me last year, but none of them were Chargers. In fact, I’m not sure any unit in football underachieved more than the Chargers’ defense in 2021. While last year was Brandon Staley’s first as an NFL honcho and their recent defensive acquisitions are certainly intriguing, I’m treating the on-field strategic aspect of this organization as more of an unknown variable than an edge at this juncture.

The Rams won the Super Bowl last year, so we already know that Los Angeles is capable of being the best team in the sport. Apart from throwing eight interceptions in his final three regular season games, Stafford was neck-and-neck with second-place finisher Tom Brady in the MVP race throughout last season. Regression may come for Cooper Kupp and therefore Stafford’s 41 touchdown passes, with the void left by retired tackle Andrew Whitworth serving as the logical path to this offense sliding. When considering that Arizona, Dallas, Green Bay, and Tampa Bay have all already lost significant players this offseason, Los Angeles is still well positioned to contend for the top spot in the conference.

Through Week 6’s overtime win in New England last year, Dak was very much in the thick of the MVP race while playing some of the most impressive football of his career. Prescott hurt his calf late in that game against the Patriots, and then missed Week 8’s contest in Minnesota despite coming off the Cowboys’ Week 7 bye. From there, the Cowboys’ offense was up and down the rest of the way, shredding cupcakes while underwhelming against the more competitive teams they faced. In a best-case scenario, Dallas is still in the driver’s seat in the mediocre NFC East, which positions them to be a factor once again in the NFC. In a worst-case scenario, Dallas has lost notable talent on both sides of the ball and their best shot in the Dak Prescott era may have been last year. I was bullish on Dallas last year; I am far more lukewarm on them right now.

Murray is a dynamic talent that is capable of winning an MVP award, as he showed throughout Arizona’s 7-0 start last season. With that said, much like Dallas, Arizona has already lost significant players on both sides of the ball this offseason and the possibility that Kliff Kingsbury is a fake sharp is still very much on the table. An MVP bet on Murray is much more of a bet on his dynamic talent in a declining NFC than it is on his supporting cast.

We don’t have to get overly cute here. Jackson is a recent MVP winner that headlines a still-talented Ravens team that was absolutely ravaged by injuries last year. The emergence of Joe Burrow’s Bengals and the otherwise-loaded AFC are obstacles for Lamar’s MVP candidacy, but keep in mind that last year was just the fifth time Baltimore has finished below .500 since the turn of the century. Any kind of bet on the Ravens is a bet on one of the most consistent teams in football. Two of the Ravens’ three uncommon opponents are the Giants and Jaguars, which gives Baltimore a genuine edge over Cincinnati (who get the Cowboys and Titans) on the schedule. Being able to get Lamar at 28:1 odds was among the biggest surprises in my MVP research.

Carr played ridiculously well in the first three games of last season, to the point that it amended how I view what he’s capable of as a player. From a football standpoint, it would have been very interesting to see what kind of season Carr would have ended up with if he didn’t lose Jon Gruden’s opponent-specific game planning or Henry Ruggs‘ space-creating speed. It also should not be ignored that this team still made the playoffs despite the off-field turmoil that engulfed this organization last season. Moving forward, the addition of Davante Adams certainly makes the Raiders a far more capable offense in an AFC West that is absolutely loaded with dangerous teams. The high-end competition in the division, the overall strength of the conference, and the transition into the Josh McDaniels era all represent challenges for Carr’s MVP candidacy. With that said, Carr should not be available at 66:1 MVP odds right now, so if you are going to bet on him to win the MVP, do it right now on Fox Bet if these odds are still available.

It’s still not an absolute certainty that Lance is the opening day starter for the 49ers this year, and San Francisco honcho Kyle Shanahan made it abundantly clear last season that he didn’t believe Lance was ready. With that said, the 49ers are coming off an NFC Championship appearance behind a high-end roster that enjoys a strategic advantage over most opponents. While they are stylistically different players, this situation parallels Patrick Mahomes taking over for the Chiefs in his second season in many ways. To be clear, I was more aggressive on Mahomes heading into that second year in best ball, MVP tickets, and sports cards than I have been on Lance to this point; but the situation that Lance finds himself in right now doesn’t happen very often and I generally tend to bet on these situations in some fashion when they arise.

The Vikings are a sneaky interesting team in a weakened NFC, as Minnesota lost six one-possession games to high-quality opponents last year while being the only team to beat Green Bay in a regular season contest that Aaron Rodgers played from start to finish. Do I think Cousins takes down next year’s MVP? I do not. But I do expect Minnesota to have at least an 8-game win total while being a potential playoff team. Cousins may not be the quarterback you want to run to the altar with, but he’s been better than many seem to give him credit for as he’d start on half the teams in the league. Ultimately, Cousins’ MVP odds should end up in the +3000 to +4000 range, where he’ll essentially start a new tier behind signal callers like Dak Prescott and Derek Carr.

As is the case for all AFC signal callers, Jones has a number of high-caliber quarterbacks to outperform to have a real shot at taking down the MVP. With that said, the Patriots made the playoffs last year and Bill Belichick’s quarterback will start the season closer to 50:1 in the MVP race than the 100:1 that he can be currently had for.

I am a little bit bullish on the Jets, which I’ll get into more when I write up team totals in April. As far as the MVP race goes, Wilson’s path is very narrow, but his MVP odds will be closer to 75:1 than 200:1 by the time opening day rolls around (unless it’s injury-related).