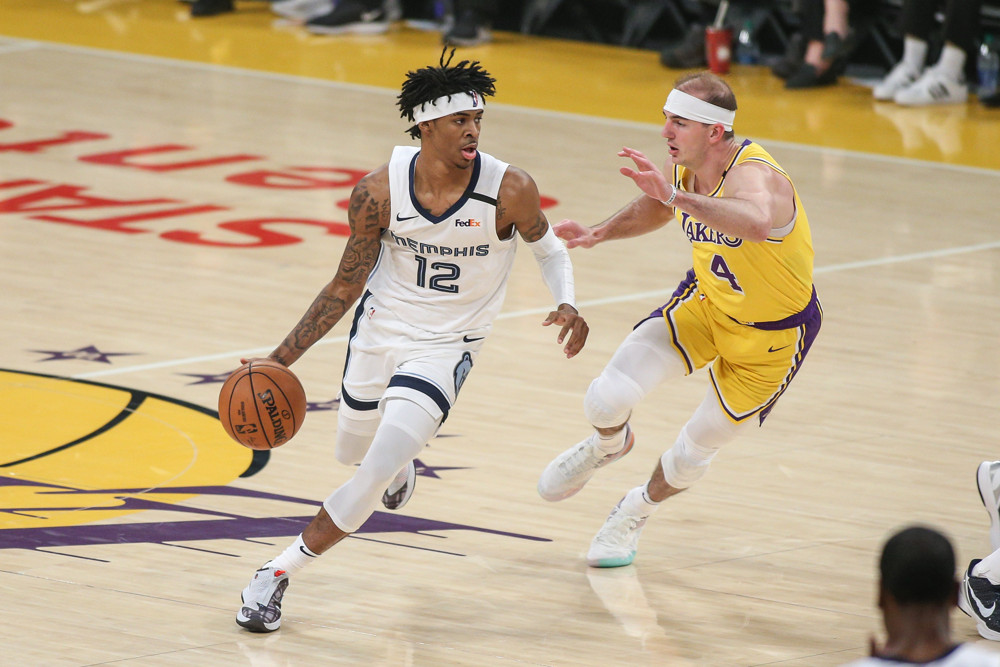 Fantasy drafting is all about cost, and at the right cost it’s hard to shy away from just about any fantasy-relevant player. That’s important to remember as you go through these names below. I’m not avoiding them, but based on where they’re going, I’m likely going to be lining up other players.

As you go through them, you’re going to notice a ton of guys who are older or have shown a propensity for missing games. Yes, predicting injuries is usually a fool’s errand in football, but in hoops most teams have the long view as they may have to play 20-plus games in a deep playoff run, they might tank, or they may just not want to put that player out there. Of course, resting on back-to-backs is a major factor. I’m keeping this to guys inside the top 100 in the Y! default ranks. Let’s get to it.

Ja Morant (ESPN 52, Y! 51) — Morant was one of the worst high-volume drivers in the NBA last year and his pullup game was among the worst, as well. Plus, his assists per minute dropped 1.3 per 36 in the second half while his floater game was a major anchor to his value at just 36.0% for 30.3% of his shots (non-restricted paint twos). Yeah, the actual nine-cat value of Morant is rough as he wasn’t even a top-150 guy, but you really can’t make a case for him in the top 50.