Silva: Five Things I Think About The 2020 NFL Draft 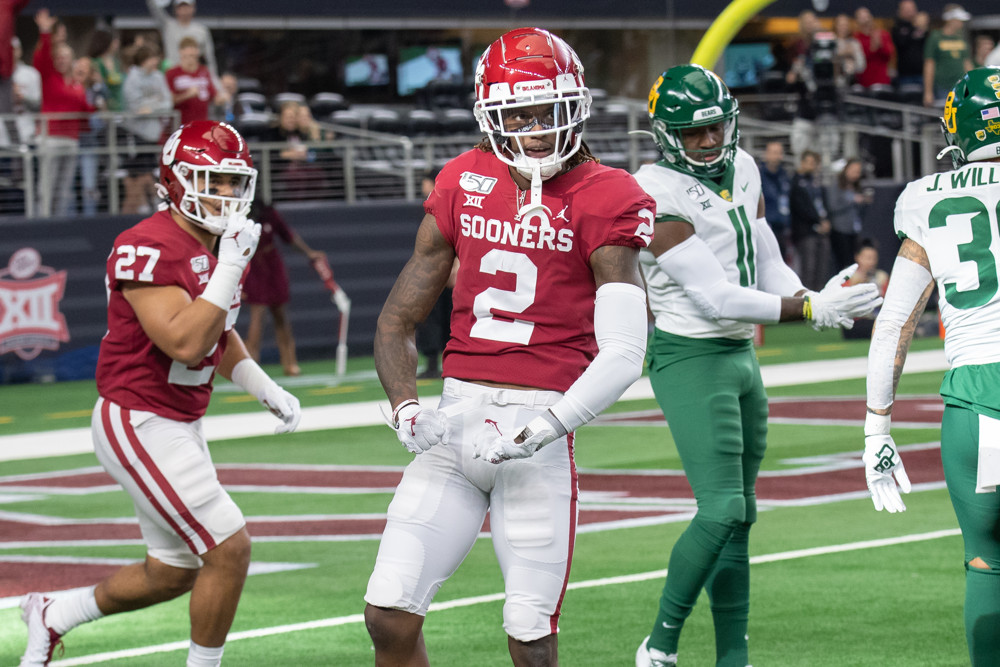 In a year of such global and league uncertainty, I expect decision makers to consciously or subconsciously focus on hitting “singles and doubles” over home runs when they go on the clock. And there is a distinct comfort level in drafting offensive linemen. Their primary purpose is to protect the most valuable player on the field, O-Linemen feel like safer picks, and they tend to elicit less outside criticism than other positions.

This year, there happen to be a ton of teams drafting early that need up-front help.

The Giants at No. 4, Dolphins at No. 5, Chargers at No. 6, Cardinals at No. 8, Browns at No. 10, and Jets at No. 11 are desperate for O-Line assistance. The Bucs, within striking distance at No. 14, are rumored to be interested in trading up for an offensive tackle. I expect Andrew Thomas of Georgia, Tristan Wirfs of Iowa, Jedrick Wills of Alabama, and Mekhi Becton of Louisville to all go within Thursday night’s top-11 selections.

A development like this could correspondingly push 2020’s second tier of offensive linemen up the board. Austin Jackson of USC, Ezra Cleveland of Boise State, Josh Jones of Houston, Isaiah Wilson of Georgia, and Michigan center Cesar Ruiz are candidates to benefit with improved draft slots.

Extreme wideout depth is one of this draft’s worst-kept secrets. NFL Network superstar Daniel Jeremiah placed eighteen wide receivers in his final Top-100 rankings, and at one point in the process had given twenty-seven wide receivers top-three-round grades.

Alabama’s Jerry Jeudy and Henry Ruggs and Oklahoma’s CeeDee Lamb seem like safe bets to be drafted inside the top-20 picks. LSU’s Justin Jefferson belongs in the first round, too. But there is a wide variance of opinion regarding the next tier. NFL teams appear less enamored with Baylor’s Denzel Mims than media analysts and the Mock Draft circuit. Arizona State’s Brandon Aiyuk underwent core muscle surgery shortly before the draft. TCU’s Jalen Reagor is an exciting prospect with field-flipping explosiveness but lacks ideal size and wasn’t overwhelmingly productive in college.

There will be lots and lots of starting-caliber wideout prospects available in the second and third rounds, decreasing urgency for decision makers to take them early. And by nature, wide receiver is a riskier position when it comes to the draft. Here is the full list of first-round receivers selected from 2015-2018:

There were no Top-30 facility visits this year. There was no NFL Combine Re-Check. Very few teams were able to examine incoming collegiates with their own trusted doctors before the quarantine. This adds an extra and enormous layer of uncertainty to prospect profiles. As alluded to above, my expectation is that team decision makers will feel compelled to hit “singles and doubles” over home runs when they officially go on the clock.

One NFL source told me it was a “shitshow” with “a bunch of 60-year-old men not muting their phones yelling at their computers.” ESPN’s Dianna Russini reported she had to hang up on a head coach because, during their call, the coach could be heard instructing his young children to get off their iPads because they were taking up the household’s internet bandwith “in a loud dad voice.”

Teams should still be able to work out trades before the first, second, and third days of the draft begin, but there will probably be far fewer on-the-clock deals due to the limitations an all-online draft will present.

Mock Draft-driven groupthink and the emergence of highly popular Mock Draft simulators have created a spurious sense of confidence regarding the NFL draft’s predictability. When you read a bunch of mocks that look similar or simulate a bunch of drafts whose foundations are subjective inputs yet produce similar ranges of results, you tend to start believing in their predictive powers.

But just last year, the nation’s top Mock Draft as scored by The Huddle Report belonged to The Athletic’s Ben Standig. Standig won by correctly forecasting only eleven player-to-team matches, good for a 34% hit rate. And that was during a year in which significantly more pre-draft information and data circulated than what we’re dealing with now.

The main talking points at this year’s NFL Combine concerned the new Collective Bargaining Agreement. There was less chatter about prospects. And the world shut down shortly after that. Teams have incomplete profiles on players who didn’t participate at the Combine. In many cases, prospects have no documented measurables or medical reports at all. Annually on the Pro Day circuit, coaches, execs, and scouts travel from school to school and keep constant lines of communication. There was almost none of that this year. And no amount of phone calls, FaceTimes, or Zoom conferences can come anywhere close to replacing it.

The NFL draft is an inherently unpredictable event as exhibited by the low hit rate of Standig’s nation-best Mock Draft, and the fallout from Covid-19 has made it so there is exponentially less information in pre-draft circulation than ever before.

I’ve already come to grips with the fact that my 2020 Mock Draft is going to suck.