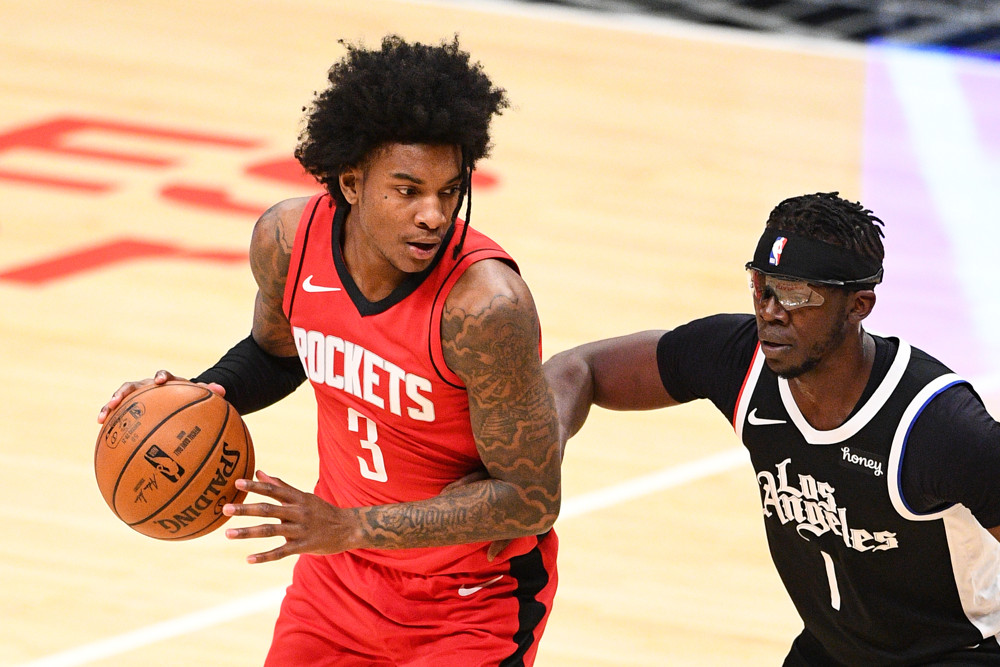 The “sleepers” term is interpreted in many different ways, but I’ve always thought of it as guys you can get in (or near) the second half of your drafts and they could put up early- or mid-round value depending on where you took them. With that in mind, here are guys I have my eyes on for drafts.

Note: ESPN still has some work to do on adjusting for some of their younger guys in their rankings, so I’ll be covering that in Exploiting the ESPN Default Rankings in the coming days. It’s a lot to cover. This is mostly in terms of Yahoo! ranks, but I did put the ESPN ranks in there for these guys. They’re not in any particular order, but I broke them down for where you should look to get them.

Kevin Porter Jr. (ESPN 115, Y! 90) — What other way can we start here? John Wall is gone and KPJ proved he can handle the ball as a top-14 player for touch time per game in his final 10 games. KPJ still has some major room for improvement as a 44.4 eFG% guy on pullups, but we know he can fill it up with his 50 ball vs. the champs along with his 20/4/8 per-36 line in 619 minutes without Wall and Eric Gordon. He’s being groomed as their PG, and he certainly can score in the 20s with dimes in the 6-8 range. I will fight you for him.

Darius Garland (ESPN 57, Y! 73) — Improvement was the story for Garland in his sophomore season. In months with six-plus games in 2021, Garland improved every month in TS% and AST%. In his final 10 games, Garland climbed into the top five in drives per game with a fantastic 54.4 FG% — 60% at rim after the break, too. His PNR mate, Jarrett Allen, helped Garland achieve a 21/3/7 per-36 line after the break in 500 minutes together. He might be taking a massive leap in his third season. I’m hoping he’s my highest-rostered player in the middle rounds.