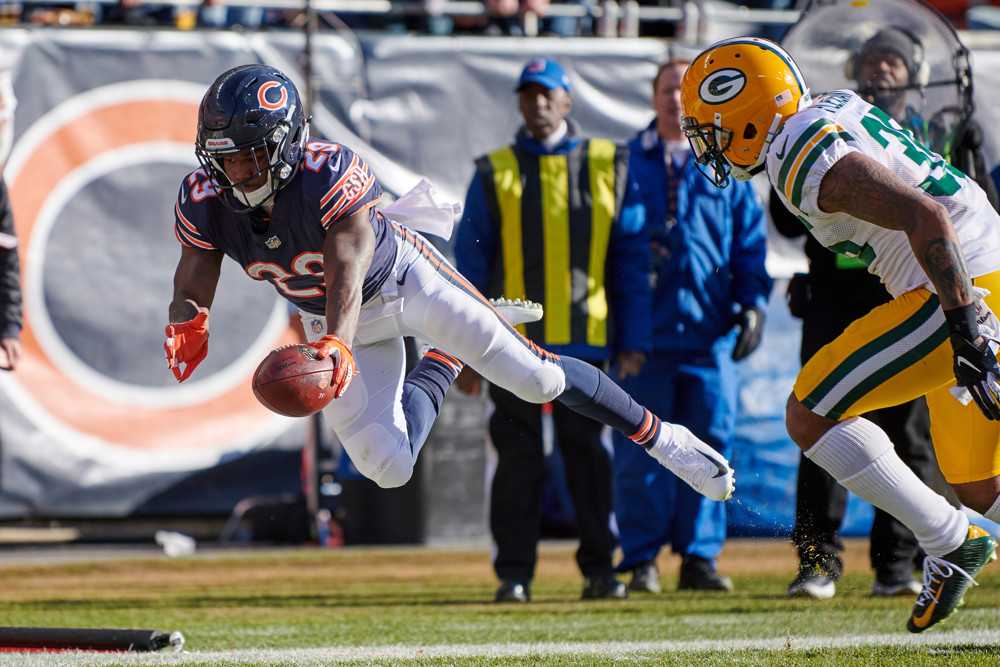 My Top-150 rankings are constructed based on 0.5 PPR scoring with the intention of bridging the gap between full-PPR and non-PPR formats. The difference between full point-per-reception leagues and “standard” tends to be exaggerated to begin with. There is obviously no effect on quarterbacks, and this is where last year’s top-ten running backs and wide receivers finished in each style of scoring:

As you can see, positional finishes in each format were very similar.

But there are specific players who benefit from full-PPR scoring more than most and should be targeted more aggressively by PPR drafters. James White is a great example; he finished as last year’s RB7 in PPR but was RB11 in non-PPR, deriving so much of his value from receiving. Among running backs, only Christian McCaffrey (107) and Saquon Barkley (91) caught more passes than White’s 87. But 48 backs had more rushing attempts than him.

White is my RB26 in half-point PPR, and I wouldn’t necessarily move him ahead of Kenyan Drake (RB25), Sony Michel (RB24), or Phillip Lindsay (RB23) in a full-PPR Top 150. But White is clearly a preferable full-PPR asset and should be targeted with more confidence in such drafts.

At wide receiver, Tyler Lockett’s 2019 target expectation rose considerably following Doug Baldwin’s retirement, but he remains a superior non-PPR than PPR asset as a player who has never reached 60 receptions in a season and plays on the NFC’s run-heaviest team. Mike Williams, Calvin Ridley, Robby Anderson, Will Fuller, and DeSean Jackson also take full-PPR hits because of their styles of play and offenses in which they reside. The opposite is true for Julian Edelman, Keke Coutee, and DaeSean Hamilton, slot receivers who run high-percentage routes and don’t average big yards per reception but can hog volume.

Ultimately, we want our guys catching passes regardless of position and regardless of scoring format, and that is especially a trait we must seek in running backs. Receptions gain more yards than rushes on average, and we want our running backs to stay in the game when their teams are playing from behind. Running backs forced to exit the field in favor of pass-catching teammates in such scenarios have extremely low week-to-week floors no matter if you’re playing in a PPR, non-PPR, or half-PPR league.