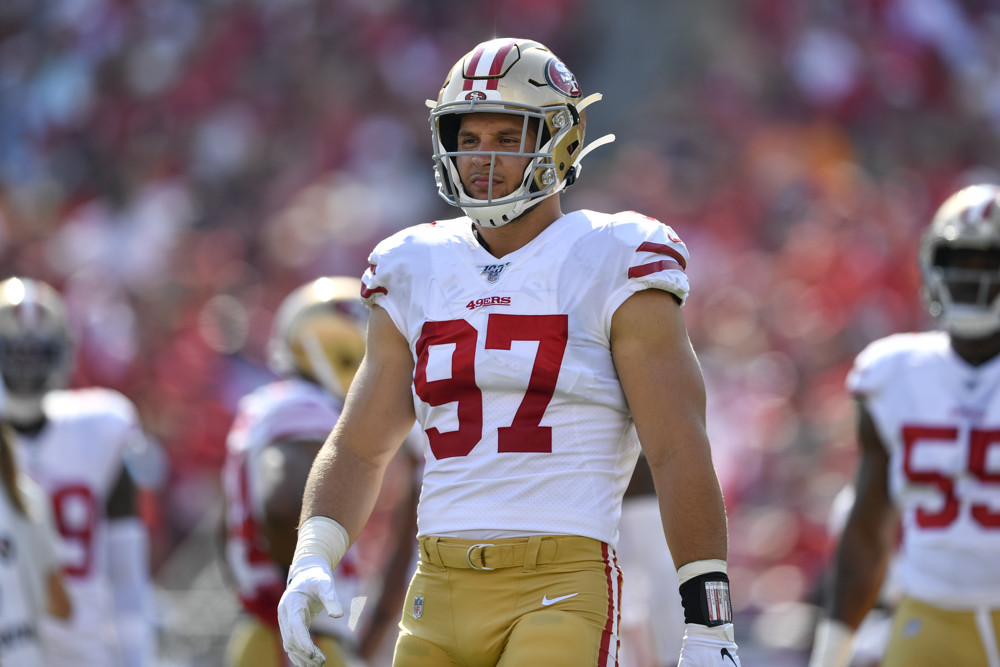 I’ve been studying NFL football and specifically line play for the last six years. And there hasn’t been a more talent-rich, deeper position group than the defensive line. The biggest, fastest athletes on the field naturally gravitate towards the defensive side of the ball early in their lives and it bleeds into the college and pro levels. Combined with as nuanced and refined of an approach as ever before relative to the technical development of the position, specifically pass-rush tactics, has resulted in pass-protection being the most difficult (and arguably valuable) job in the NFL outside of playing quarterback.

These rankings will be useful in many ways. The most important component of picking a fantasy D/ST is their ability to put pressure on the quarterback. Start/sit decisions at quarterback and DFS projections should always include the opposing pass rush. In betting markets, line play has far more meaningful than the public believes.

Editor’s Note: Our Draft Kit is jam-packed with everything you need to be ready for the season. Evan Silva’s Top 150 and Tiers, Adam Levitan’s analysis, rankings for every format and tons more. Click here for more details.

My criteria for ordering all 32 pass-rushing DLs is predominantly based around film study, which included watching every game of the 2019 season at least once, focused strictly on the trenches. My process for evaluation is rooted in trait-based evaluations that assess skill-sets, physical tools/traits, level of competition, production, and coaching. Combined with a preexisting knowledge of the majority of pass-rushers from previous seasons of film study, personal insights from many of the players themselves, and dissecting some advanced metrics, this list was born and will be updated each week during the regular season.

With that said, here are my rankings of the NFL’s best pass-rushing units for 2020:

Defensive coordinator Mike Pettine’s impact was fully felt in 2019 after the team’s off-season splurge bolstered the pass-rush and allowed his innovative blitz concepts and pass-rush packages to bring about career years for Kenny Clark, Za’Darius Smith, and Preston Smith. With another year in the system and last year’s first-round pick and athletic freak Rashan Gary slated to take on a bigger role after playing just 23% of snaps as a rookie, one of the NFL’s top rush units in 2019 should become even more dangerous in Pettine’s scheme in 2020.