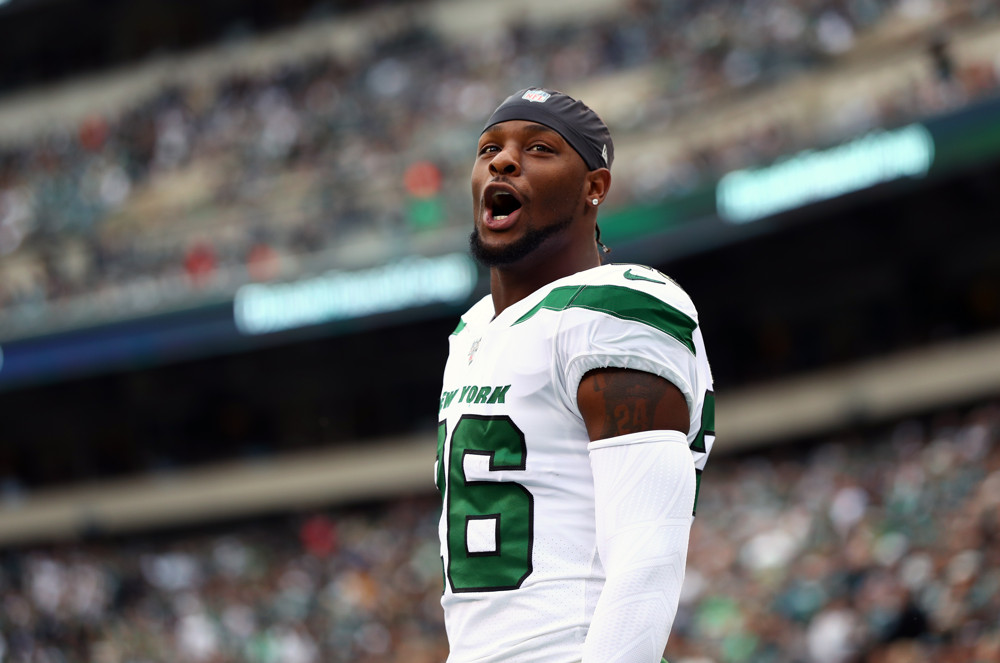 News Note: We’ve bumped George Kittle significantly down based on Sunday morning’s Adam Schefter report. Schefter said Kittle (groin) is fully expected to play, but “there is some concern about whether he will be able to finish the game.”

QUARTERBACK
Patrick Mahomes ($7500 DK, $9200 FD) — Given the way quarterback salaries are condensed and underpriced on DraftKings, Mahomes is a standout play in one of the season’s likeliest shootouts. He’s very strong on Fanduel as well, but note he’s $1000 more than Lamar Jackson.

Lamar Jackson ($6900 DK, $8200 FD) — Massive weekly floor thanks to 10.4 rush attempts per game. The ceiling comes into play this week against a Bengals defense ranked 29th in yards per play allowed.

Matt Ryan ($6400 DK, $8100 FD) — Now has five straight 300-yard games to open the season. With a non-existent run game and bottom-barrel defense, that trend is here to stay. The Cardinals continue to play without starting CBs Patrick Peterson and Robert Alford.

RUNNING BACK
Dalvin Cook ($8400 DK, $8200 FD) — Brutal matchup against an Eagles defense ranked 4th in rush defense DVOA. But Cook’s pass-game and goal-line role keeps him in play even as the cost rises. He’s 9th among all RBs in receptions and T-5th in carries inside the 5-yard line.

Le’Veon Bell ($6400 DK, $6800 FD) — With Sam Darnold back, the entire Jets offense gets a massive boost. Yet they’re still at Luke Falk prices. Bell has handled 88% of the Jets’ RB carries and leads the entire team in targets at 6.4 per game.

Cooper Kupp ($7100 DK, $7800 FD) — Kupp comes in riding a streak of four straight 100-yard games and holds a massive 28.3% target share on the season. His quick-hitting route tree fits nicely against a 49ers defense which will be putting a lot of pressure on Jared Goff.

Odell Beckham ($6800 DK, $7600 FD) — Don’t get confused and think this is an imposing matchup for the Browns sputtering offense. The Seahawks are 21st in yards per play allowed and 19th in pass defense DVOA. Beckham is the No. 7 player in this week’s Buy Low Model.

Adam Thielen ($6700 DK, $7200 FD) — The Eagles’ extreme pass funnel means we can project Kirk Cousins’ attempts in the 30-35 range. At that number, Thielen becomes a standout thanks to his target share (24%) and massive talent advantage over the Eagles woeful secondary.

Jamison Crowder ($4000 DK) — When we last saw Sam Darnold and Crowder together in Week 1, the slot man caught 17 passes. Obviously not sustainable, but Darnold and Adam Gase both have long histories of targeting slot receivers. Robby Anderson ($4000 on DK) is the more high-variance option thanks to his deeper route tree.

TIGHT END
Travis Kelce ($7000 DK, $7500 FD) — With George Kittle and Austin Hooper such strong plays, we suspect Kelce’s ownership will stay in check. As noted in Silva’s Matchups, Kelce has drawn seven red-zone targets and scored on zero so far.

George Kittle, if healthy ($5200 DK, $6500 FD) — If salaries were released after Kittle’s Week 5 MNF performance, he’d be far more expensive. Instead, they’re stale for a matchup which sets up perfectly. Kittle shredded the Rams for 9-149-1, 5-98-1 and 4-100-0 in his last three against them. The Niners still can’t solve their WR woes. We’re monitoring the groin strain Kittle suffered during Friday’s practice. See the notes at the top of this article for more.

Austin Hooper ($5000 DK, $6400 FD) — Other than the hapless Bengals, every opponent has relentlessly pounded the Cardinals with tight ends. Hooper clearly has the trust of Matt Ryan, easily leading the team in catches (34) and is just two behind Julio Jones for the team-lead in targets.

DEFENSE
Ravens ($4100 DK, $5000 FD) — Certainly overpriced as the sites continue to lower the floor at the bottom end of the D/ST scale. But the devastating injuries to Cincy’s offensive line and wideout corps have neutered this unit.

Chiefs ($2500 DK, $3400 FD) — Shootouts can breed big defensive scores due to the number of dropbacks. Deshaun Watson took the most sacks in the NFL last year and is T-4th in that category this year.

Jets ($1500 DK) — A D/ST hasn’t been priced this cheap on DraftKings since Week 1 of 2014. The raw expectation is low, but this slate does not have any glaring values at the position. In cash, we’re always more likely to play thin options at D/ST than elsewhere.