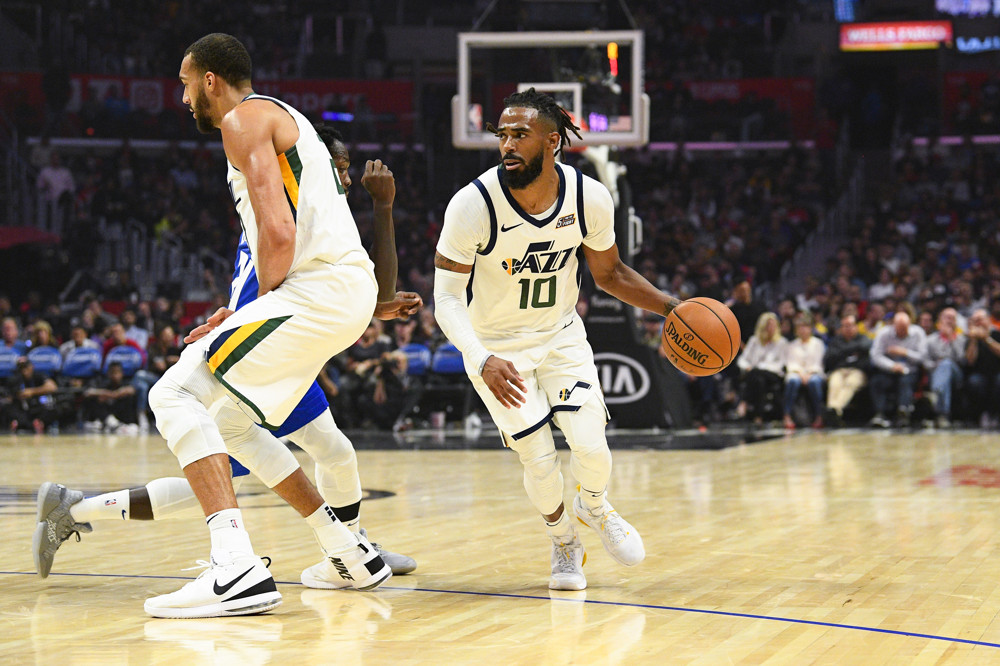 Welcome to the third edition of GPP Leverage. This article is going to be a catch-all space for my GPP thoughts. In every article I’ll address some of the relevant GPP plays for that day’s slate, but some of the articles will be more focused on plays and others more focused on strategy. Today is going to be more of a strategy session as I wanted to spend some time talking about macro concepts in lineup building for GPPs and how my thought process has evolved over time.

When I first started playing GPPs, my focus was on trying to score the most points. Every lineup I built was simply trying to score the most fantasy points and thus I’d often enter my cash lineup into GPPs. Back in the early days of DFS this was actually a profitable strategy and one that I rarely got punished for. Competitors had a difficult enough time assessing which plays were the best ones that I could add expected value simply by playing them.

As the field sharpened, my approach had to adjust. I had to start considering ownership of the individual plays I was making. I started out by thinking of ways to make lineups that projected well, slightly more different than everyone else. Usually, these lineups would come with a contrarian piece or two, but many of the plays in the lineup would simply be the best plays. Eventually, the idea of contrarianism started to take hold and I experimented with more lineups that could be considered “anti-fragile” – lineups that would benefit from when everything else goes wrong. Through experimentation I started to realize the benefit of anti-fragility but also the risk. The benefit is that when everything goes unexpectedly you have a better chance at beating the field. The risk is that you lose track of projected points simply in pursuit of low ownership. The combination of the two is where good GPP lineups are created.

The evolution of thinking through “how contrarian” to get is where I think most DFS players end up and ultimately I think where they get stuck. The emphasis on getting contrarian ends up overriding the idea of creating a lineup that projects well and maximizes upside and DFS players reach to be contrarian.

Instead of focusing on how contrarian you need to be DFS players should think about how they can create lineups that work together to maximize upside. I touched on some of this in an article I wrote for our NFL section about attacking GPPs.

Certainly you want to maximize correlation and evaluate upside as discussed in that article, but for NBA DFS I think it’s also imperative that you consider how slate pricing and players interact with each other to limit upside. So in this space, we’re going to talk about one of the questions I’ve been getting asked most frequently on our live shows: Groups and Rules.

As a mass-multi entry player, I don’t have the benefit of perfectly crafting a lineup that meets all the criteria I’m looking for in a GPP lineup. A lineup that maximizes projection and correlation while considering ownership so I have to instruct an optimizer what rules I’m thinking of in my head. The programming of the optimizer with groups and rules is what people get interested in when they start to use their own. There is a misguided perspective that if you have all the right settings you just get to hit a button and print money. Giving you the groups and rules I’m using on a slate can certainly help push you closer to making lineups in bulk that make sense, but the skills to think through these groups and rules are what I want to emphasize in this piece.

When I’m thinking through groups and rules, the general ideas I’m contemplating are “how many paths do I have to this combination of players getting into the winning lineup?” The number of paths should correlate to how many people you’re competing against in a GPP, so different groups and rules may be appropriate for different sizes of GPPs, but here are a few basic concepts I’m working through when developing groups and rules.

How Slate Pricing Interacts with Upside

Every slate is unique in so many different ways, but one of the most important ways a slate is unique is the pricing. How many expensive players are available on the slate? How many cheap players are viable? Where is their depth and where is it shallow? On slates with large gaps in pricing and very few expensive players available, it’s more likely two expensive teammates can find their way into the winning GPP lineup. On slates loaded with expensive players from many different games, it’s less likely two expensive teammates will find their way into the winning lineup. This has nothing to do with how the two players correlate with one another, but instead how many other options they’re competing with on the slate. When thinking about groups and rules, think about what combinations of players they’re competing against – specifically via price.

The bigger the slate the more combinations that are possible to get into the winning lineup. As a result, you need to be closer to perfect the more games there are on the slate. This same idea works with the size of the GPP you’re playing in. The bigger the range of outcomes, the closer to perfection you need to chase – which means more groups and rules. On a two-game slate, it’s possible for Jayson Tatum, Gordon Hayward, and Jaylen Brown to end up together in a winning GPP lineup. They don’t need to hit their absolute ceilings because of slate size; they just need to be better than the other options. On a 10-game slate, it’s almost never happening. Those three have to reach their individual ceilings and it’s hard to do it when they compete with each other for touches.

In football, correlation is easier to spot because a quarterback is throwing the ball to a receiver and they’re both getting points. In basketball, this happens with “assists” but it’s a smaller portion of the overall scoring. So you need to think about it differently. Do these players cannibalize one another’s production? If the production isn’t cannibalized, do the price tags make it difficult for the players to achieve their upside together? Is the barrier to upside too high?

Russell Westbrook and James Harden are a good example of this. They’re two of the best DFS plays on most slates they play on, but both guys are so expensive that for them each to hit their upside in the same game it’s going to require something unusual to happen (like overtime). As a result, most slates I’ll have rules for a max 1 of Russell Westbrook or James Harden in lineups I create.

With cheaper players, there is more margin for error. If Westbrook and Harden were both priced at $6,000, we wouldn’t have to make this rule. The two players can comfortably reach upside levels at those price tags.

Prior to Jaren Jackson Jr.’s injury, the Grizzlies employed a three-man frontcourt rotation of high-upside DFS targets. All three (Jackson Jr., Clarke, and Valanciunas) are pretty good per minute producers, but their playing time is extremely dependent on the other options. There are only 96 minutes available at the power forward and center spots and the three options can’t play anywhere else. It’s nearly impossible for all three to go off in the same game and the upside is usually unlocked when one player’s playing time craters due to foul trouble.

A common group I’ve referred to on our live shows that I utilize for the Jazz is a max two of Jordan Clarkson, Mike Conley, and Donovan Mitchell. The three guards have all been projecting well for the Jazz but they’re all going to get their production with backcourt minutes and usage. If two of them go off in a single game, it’s hard to imagine the third getting there as well. All three need the ball to generate their fantasy points. In this case, while the Jazz might utilize some three-guard lineups and the playing time might not get cannibalized, the opportunities are.

How to Maximize Correlation

The last tip I’ll give in this piece is about maximizing upside. If you have two or three expensive players from the same team in the same lineup, you want to create more paths to them achieving their upside together. The extra path in NBA is through more playing time and more playing time happens in competitive games – either through overtime or just games where the coaches lean on tighter rotations because of the competitiveness of the game. So if you’re using multiple higher-priced teammates together, you’ll likely want to include a player from the opposing team in the lineup. This maximizes the correlation because IF you get the teammates side right it’s most likely coming in situations where someone from the opposing team is also benefiting.