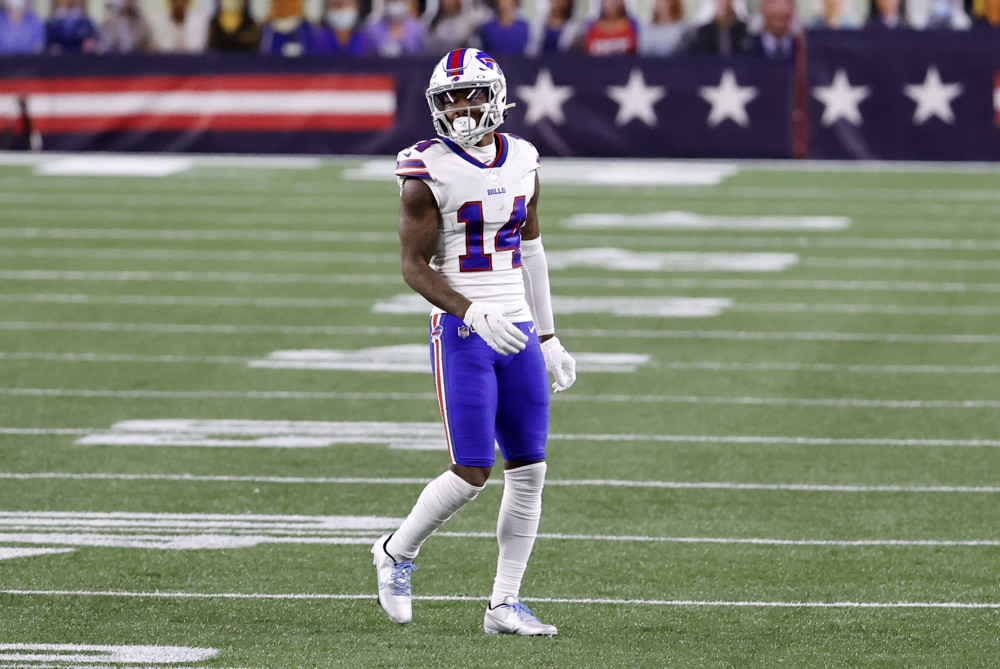 SNF is a rematch of last January’s AFC Championship between the Bills and Chiefs in K.C. that opened with a 9-0 Buffalo lead but finished with a 38-24 pro-Kansas City result. This year’s Chiefs defense looks leakier than ever after it conceded the league’s sixth-most yards per pass attempt (8.6) and third-most fantasy quarterback points in Weeks 1-4. In his last two games, Josh Allen is 52-of-72 passing (72%) for 606 yards (8.4 YPA) with a 6:1 TD-to-INT ratio and 10/50/1 rushing line. Sunday night positions Allen for an eruption spot in Week 5’s highest-totaled game. … Zack Moss and Devin Singletary maintained a near-even RBBC in last Sunday’s 40-0 blowout of Houston; Singletary handled 15 touches on a 44% playing-time clip versus Moss’ 14 touches on 56% of Buffalo’s offensive snaps.