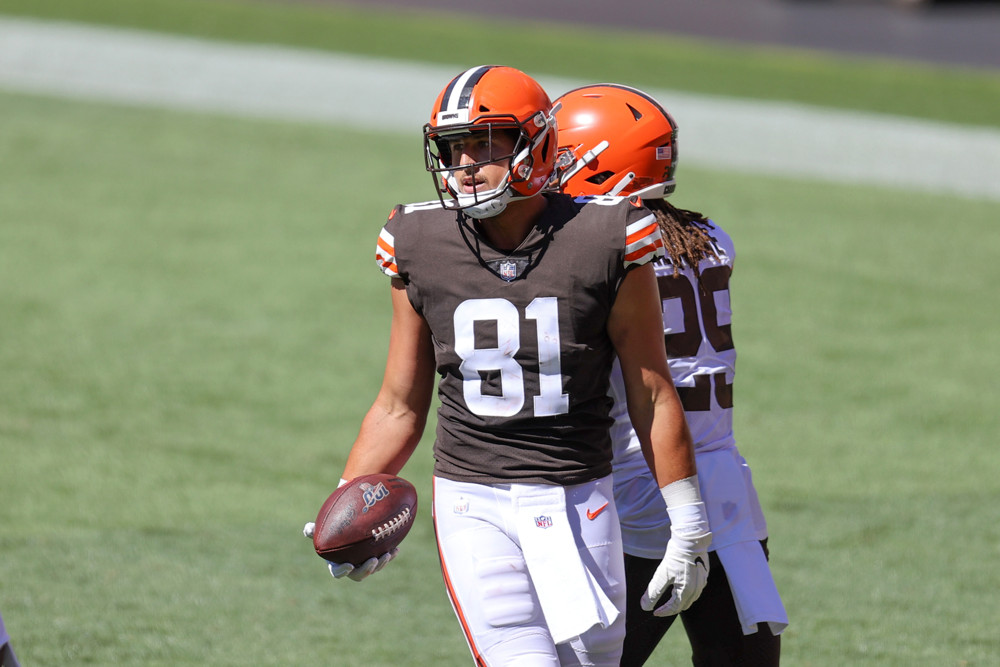 Back in desperation mode after somehow losing to the lowly Giants after their bye, the Eagles visit Cleveland having failed to clear 30 points in 10 straight games and averaging a pathetic 20.7 over their last three. This year’s Browns were permitting 31.6 points on average before consecutive weather-affected games against the Raiders and Texans, and only eight teams have conceded more quarterback fantasy points than Cleveland this year. Carson Wentz sets up as a high-variance, fringe QB1/2 option here; the Eagles’ wide receivers and TE Dallas Goedert all encounter promising Week 11 spots. … As expected, Miles Sanders immediately retook Eagles lead-back duties in Week 10’s defeat, handling 17 touches on a 72% playing-time clip against the Giants.