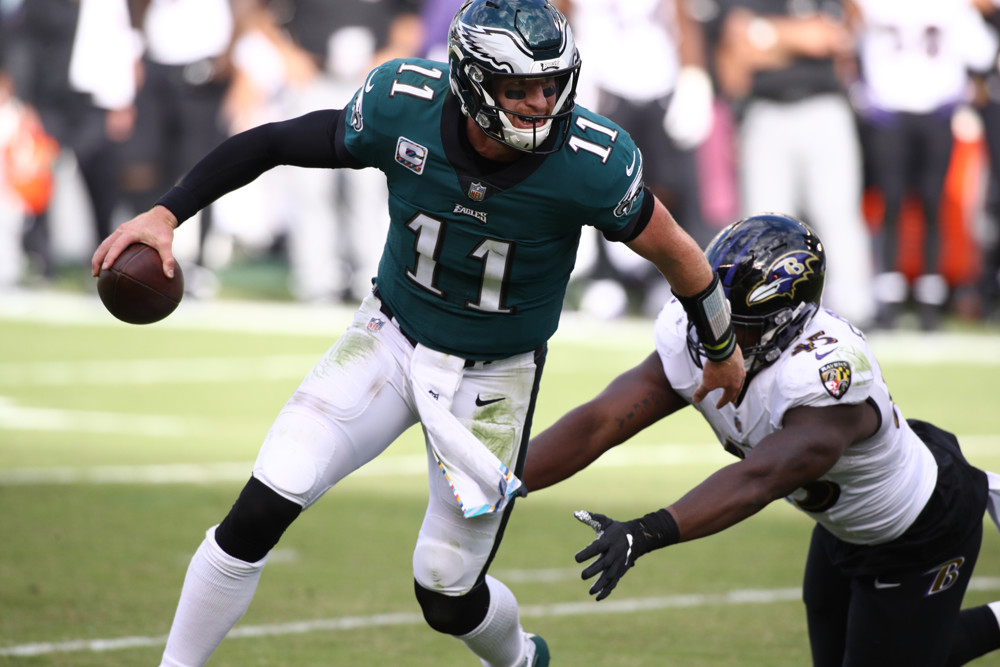 With the first win of the Joe Judge era in the books, the Giants visit Philly to face the NFL’s most injured team. Yet OC Jason Garrett’s offense has shown no signs of getting off the schneid, managing 20 points or fewer in 5-of-6 games and needing consecutive weeks with defensive touchdowns to inflate their final scores. Far healthier on DC Jim Schwartz’s side of the ball, the Eagles’ D/ST should be teed up confidently entering Week 7 with the NFL’s fourth-most sacks (21) and third-most QB hits (52). Daniel Jones is averaging an interception per game, has fumbled four times (three lost) through six starts, and thrown exactly one touchdown pass since Week 1. … Sheer usage keeps Devonta Freeman in low-end flex conversation – he’s handled 19 touches in back-to-back games and controlled a whopping 95% of last week’s Giants backfield work – yet Freeman’s productivity has been predictably nonexistent behind New York’s frequently caved-in offensive line.