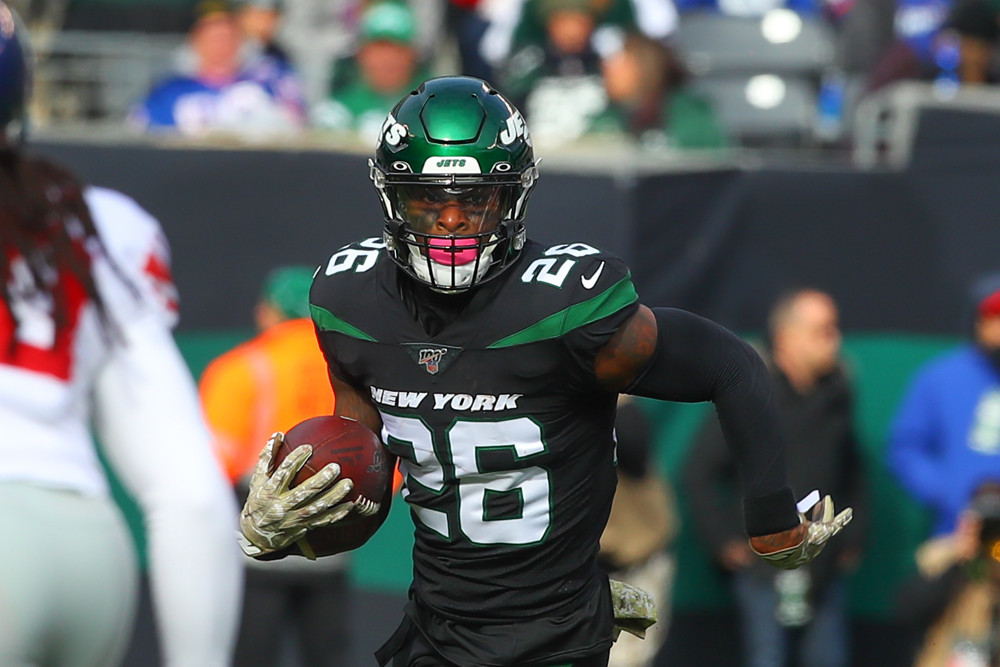 As we’ll get to momentarily, there’s a reasonable chance Sam Darnold, Le’Veon Bell, Robby Anderson & Co. spend most of this game squaring off with Bills backups as opposed to imposing defenders such as CB Tre’Davious White, MLB Tremaine Edmunds, and ten-sack breakout DT Jordan Phillips. That gives Darnold, Bell, Anderson, and Jamison Crowder contrarian DFS-tournament life, although this game’s supremely low total and scoring-unfriendly venue may cast cold water on their upsides.

With touch totals of 23 and 29 since missing Week 14 with an illness, and now facing a Bills run defense that’s been generous even with its top run stoppers in the lineup all year, Bell looks like the Jets’ strongest Week 17 DFS bet based on workload and matchup amid rampant whispers this will be the final game Le’Veon ever plays for Gang Green.

His team locked into the AFC’s No. 5 seed with nowhere to go, Bills coach Sean McDermott opened the week waffling on whether to play starters against the Jets. McDermott eventually settled on doing so for the most part but has sounded far from committal on running his first-teamers for full 60-minute stints.

“To go into detail will take some time, but the majority of guys will play,” McDermott stated. “They’re not going to all play the same amount in the game. We’re going to be smart with that.”

The Bills’ offense sounds like a fantasy situation to avoid.