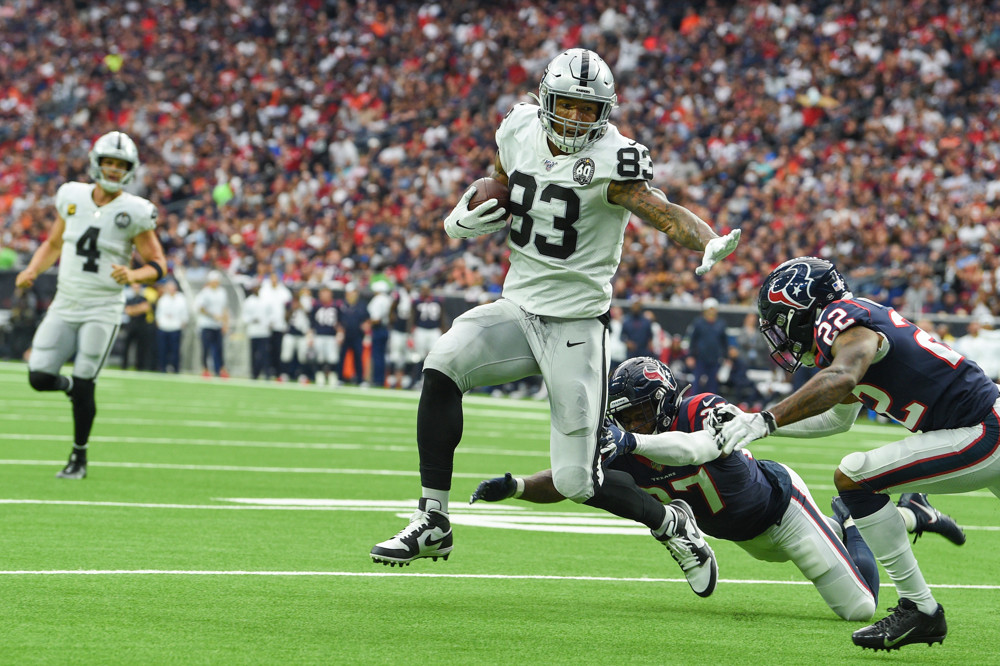 The undefeated Raiders visit Foxboro on a short week following last Monday night’s upset of the Saints. Playing grind-it-out, short-area offense keyed by so far by Josh Jacobs’ league-leading 59 touches, Las Vegas looks likely to encounter the Patriots without both RT Trent Brown (calf) and LG Richie Incognito (Achilles’), while Jacobs’ Week 2 efficiency was compromised by a slew of nagging in-game injuries. New England held Miami and Seattle backs to a combined 47/184/1 (3.91 YPC) rushing line in Weeks 1-2. Jacobs is a boom-bust RB1 play as a severe road-dog running back in a difficult draw. After Jacobs showed he couldn’t physically handle bellcow usage against the Saints, expect to see more of Jalen Richard and Devontae Booker on a short week. … In two career meetings with Bill Belichick’s defense, Derek Carr is 49-of-83 passing (59%) for 411 yards (4.95 YPA), one touchdown, and two interceptions. Despite Week 2’s efficient game versus New Orleans, Carr is a two-quarterback-league play only at New England. Offenses facing the Patriots have managed 118 combined snaps, third fewest in the league.