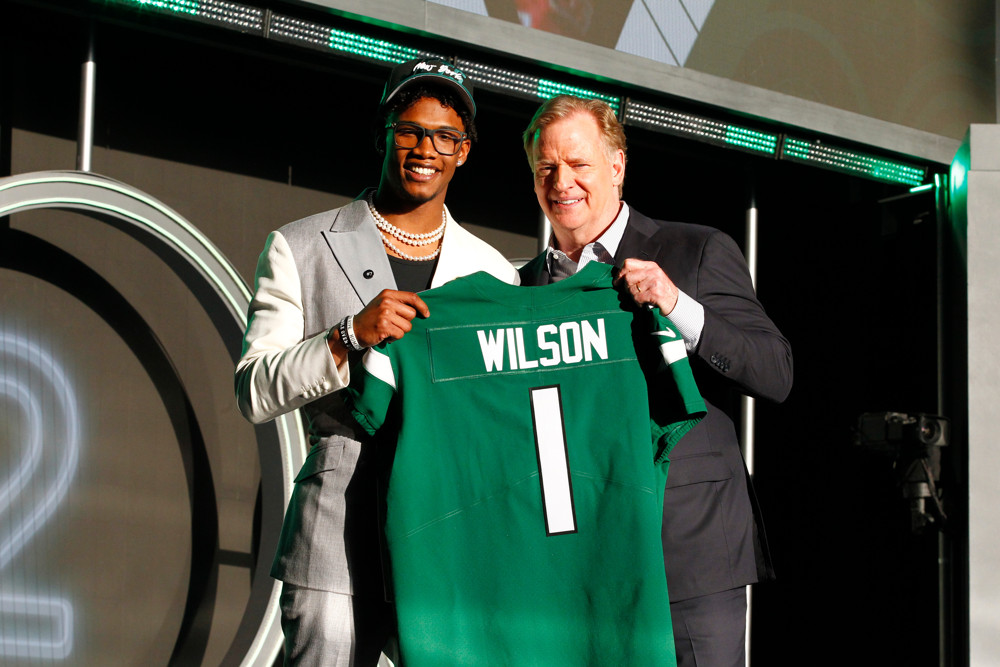 The Jets have been brazenly looking to add wide receiver talent this offseason. First, they went after Tyreek Hill, who opted to take his talents to South Beach rather than teaming up with Zach Wilson in New York. Next, it was Deebo Samuel, who has reportedly requested a trade from San Francisco. The Jets have also been tied to DK Metcalf throughout the spring.

They didn’t land an established star, but they got the next best thing on Thursday when they spent a top-10 pick on Ohio State receiver Garrett Wilson. Wilson joins Elijah Moore and Corey Davis on a surprisingly solid wide receiver depth chart. New York is wisely giving Wilson the weapons necessary to succeed in the pros, so the next year or two will be a fair gauge on whether the 2021 second overall pick can make it as an NFL quarterback.

With that being said, let’s get into how Wilson came out in ETR’s initial post-draft projections and investigate how his selection impacts other members of the Jets’ offense.