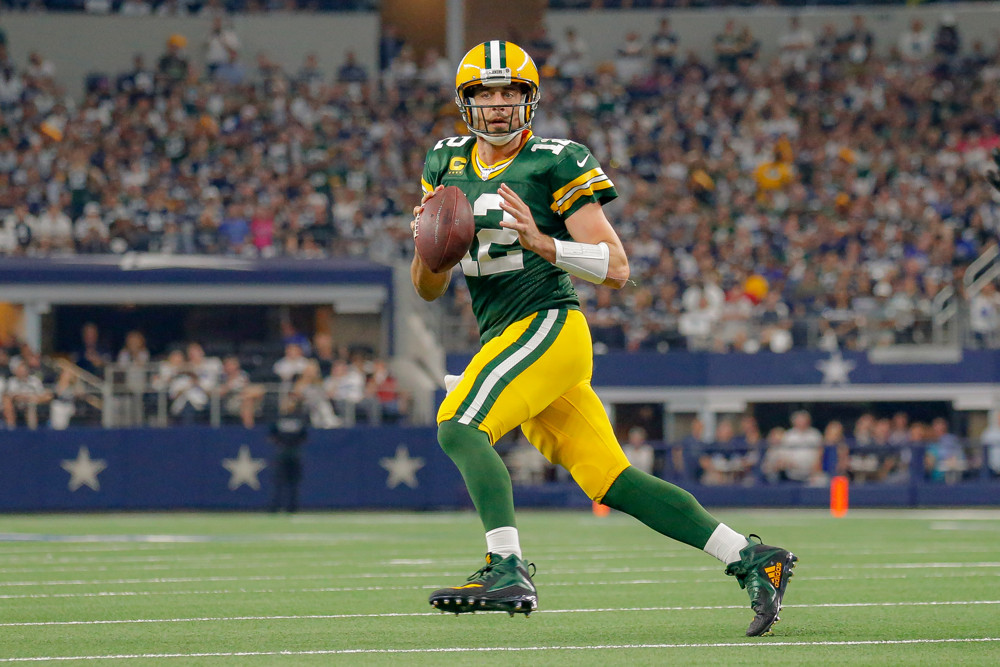 Weather is often overrated by fantasy players. I believe it’s because we remember the handful of games per season weather actually made a significant impact, while selectively forgetting the hundreds of games in which people worried about weather but it made little/no impact.

There are also a lot of variables. Some quarterbacks are not affected very much by winds or snow. Others can’t function in it. Sometimes the winds are 30mph outside but certain stadiums block most of that wind and other stadiums trap the winds inside. Some coaches will change their gameplans for weather, others won’t.

All this guesswork is why it’s very dangerous to overreact to weather. My personal process is to not change any projections unless it’s extreme. By extreme, I mean sustained winds of at least 20mph, temperatures below 25 degrees, or heavy rain/slow.

With that said, here are my takes on today’s four weather situations:

GB at NYG: Radar shows there will be precipitation through the entire game. It will be some mix of light rain, snow and maybe sleet. Winds only moderate, 10-12mph sustained. Aaron Rodgers and the Packers have plenty of experience in these conditions and Davante Adams wins in the short-area well. I have given slight downgrades to Adams and Sterling Shepard, but they remain two of the stronger plays on DraftKings. I would bump down ceiling projections on Rodgers and Daniel Jones.

SF at BAL: Rain in the forecast, especially early. But winds similar to East Rutherford, only around 10-12mph sustained. I would not downgrade Lamar Jackson much, if it all.

TB at JAX: Small chance of precipitation, but winds expected to be between 15-20mph sustained. Both teams win and create shootouts via deep passing, so there’s some real concern here. I’d lower both the floor and ceiling on Jameis Winston and Nick Foles by around 5-10%.

OAK at KC: Strongest winds on the day up around 20mph and expected to “feel like” 26 degrees. The Chiefs are accustomed to playing in this weather and their team total remains among the highest on the slate by a wide margin. I’d downgrade the floor and ceiling of Patrick Mahomes and the pass game, but only by around 5-10% as well.

BOTTOM LINE: Most of this weather is right on the cusp of having a significant impact. I am personally ignoring the weather concerns, but I’d encourage you to make your own decisions. In GPPs particularly, note that these concerns will lower ownership – particularly if forecasts/totals get worse closer to kick. If totals in these games crater further by noon ET or so, I’ll increase the percent of the projection downgrade.

Adam and Evan will go live for a Sunday Last Minute Live Stream at 11:45ET. We recommend checking our new Betting Lines page once or twice this morning and watching that stream for our final assessment.