Kerrane: TE Targets and Fades in the Middle Rounds 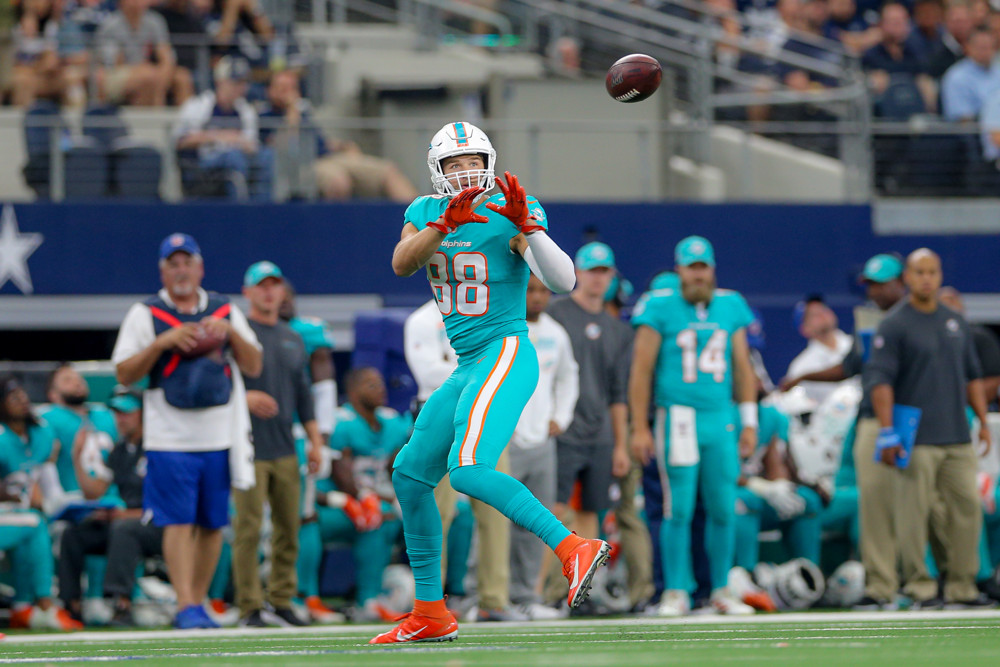 Last week I rolled out my early-round TE targets and fades using a methodology I created from PFF’s Yards per Route Run (YPRR) data. That methodology buckets TEs into four groups, and uses slightly different criteria to find target profiles for each group. The stats I’m using for these evaluations are the two stats that make up YPRR: Targets per Route Run (TPRR) and Yards per Target (YPT).

Below I’ve covered the nine TEs going Rounds 7 – 9 in the FFPC FBG Tournament. I’ve applied the methodology above, while also incorporating my own assessment of these TEs heading into 2020 to determine who we should be targeting at their current cost.

(The targets totals I refer to below are from PFF).

Hayden Hurst is not a player I’ve been interested in so far this off-season, and not one that I expected to warm to. However, Hurst was quietly impressive last season. Despite playing behind Mark Andrews, Hurst posted a solid TPRR of 18.4%. This is below our 20% threshold for veteran TE breakouts, but is well ahead of our 16% threshold for second-year TEs. And Hurst’s 9.2 YPT was comfortably above our 8.0 threshold.

It’s probable that Hurst benefited from playing with Lamar Jackson, which is obviously no longer the case. But he now joins Matt Ryan on a Falcons team that led the league in passing attempts, and just propelled Austin Hooper to a TE3 finish in points per game.

It’s also worth noting that although Hurst was almost certainly not worth the first-round pick the Ravens spent on him, he wasn’t a terrible prospect. His 20% MSY in his final college season is a solid number and in line with what we’ve seen from early-career TE breakouts.

On the other hand, Hooper — despite his impressive 2019 breakout — actually qualifies as a fade by this methodology. This is because Hooper’s success last year was driven more by Atlanta leading the league in passing attempts than by