NFL Awards: Who Wins and Why 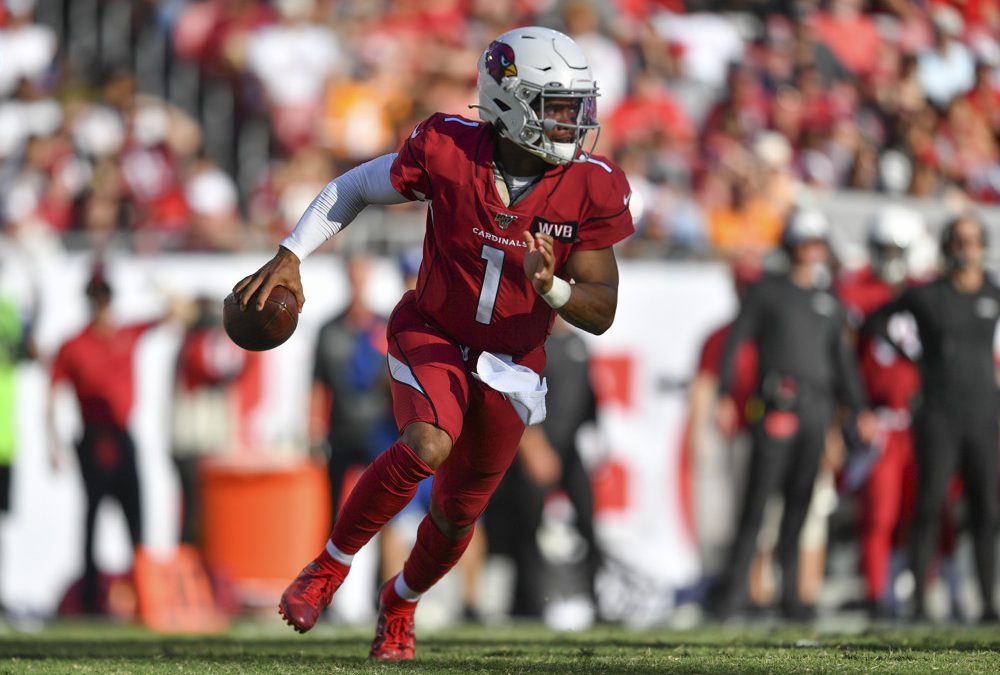 The foundation for making any kind of awards-based futures bet is understanding who has won said award and why. Since these types of futures are only named annually, one of the challenges in analyzing these awards is that we are working with a small, unreliable sample size. On top of that, NFL football is both played and analyzed much differently than it was even 20 years ago. That’s why there has to be some kind of cutoff so that old, irrelevant information doesn’t unnecessarily infect our process. With all due respect to NFL icons like Jim Brown or Barry Sanders, studying their NFL MVP campaigns of yesteryear isn’t going to help us make better bets this award season.

That’s why I decided to break down the last 10 years of NFL award winners, in search patterns and emerging trends that we can use to improve our process while making sharper betting decisions. Early next week I will follow this up with an analysis on potential candidates for MVP, Coach of the Year, Defensive Player of the Year, as well as both the Offensive and Defensive Rookies of the Year this coming season.

Editor’s Note: During the season, Ryan will examine the the awards futures market as part of our In-Season package. That package also includes Silva’s Matchups, Tiered DFS Top Plays, our Projections and all our shows. Click here for a full content schedule.

MVP
It’s no secret that the MVP award has become a quarterback award, as Vikings running back Adrian Peterson is the only non-quarterback to take home the MVP since 2007.

MVP Takeaways
— Nine of the last 10 MVPs were not only quarterbacks, but quarterbacks whose team earned a first-round bye in the playoffs.
— Seven of those nine quarterbacks had the number 1 seed in their conference.
— Matt Ryan is the only quarterback of those nine to win fewer than 12 games.
— Running back Adrian Peterson’s 2012 Vikings team was a 10-win, 6th seed. Meaning that all of the last ten MVPs, regardless of position, played for playoff-bound teams.
— Apart from general team success and position, passing touchdowns have been the next-most consistent factor for NFL MVPs over the past decade, as no QB has finished worse than 3rd in that category during this span.
— Both rating and QBR have also been strong indicators over the past decade. Cam Newton’s 2015 campaign being the lone instance where an MVP-winning quarterback did not finish 3rd or better in both categories.
— Standard numbers such as passing yards, completion percentage, interception percentage, or rushing yards are inconsistent factors for MVP voters in recent years.
— Half of the previous 10 MVP winners were long shots, the other half were among the favorites for the award.
— The seasons of Lamar Jackson, Patrick Mahomes, Matt Ryan, Peyton Manning, Adrian Peterson and, to a lesser extent, those of Cam Newton and Aaron Rodgers (2011) could all be considered historically significant performances.
— Peyton Manning (5), Tom Brady (3), and Aaron Rodgers (2) have all won the MVP multiple times.
— Tom Brady is the only player of this group that was not taken in the first round.
— Carson Wentz “probably” wins the 2017 MVP if he doesn’t miss the final three games due to injury.

Coach of the Year
Coach of the Year is not necessarily an award for the best strategist or a means to reward the most successful team. It is, at its core, an exceeds expectations award.

Offensive Rookie of the Year Takeaways
— Over the past 10 years, five quarterbacks, four running backs, and one wide receiver have won the offensive rookie of the year (OROY).
— Seven of the past 10 OROY were first-round draft picks. Packers running back Eddie Lacy (2nd), Saints running back Alvin Kamara (3rd), and Cowboys quarterback Dak Prescott (4th) were not selected in the first round.
— In recent years, Cardinals quarterback Kyler Murray edged out Raiders running back Josh Jacobs (who missed time with an injury) while Cowboys quarterback Dak Prescott won a very tight race with teammate Ezekiel Elliot.
— Only four of these 10 OROY winners were on a team with a .500 or better winning percentage.
— Four of the 10 previous OROY did not play in all 16 games.
— Additionally, Kamara was only classified as the starter in three of the 16 games he played in during his rookie campaign.
— The favorite has won the award in each of the past two seasons.
— Seven of the past 10 winners had odds of +900 or less.
— Half of the past 10 OROY winners have had odds of +500 or less and would be considered one of the three favorites for the award.
— Odell Beckham Jr. and especially Kamara are the only two real longshots to take down the award over the past decade.

Defensive Rookie of the Year Takeaways
— Over the past 10 years, three edge rushers, three interior defensive linemen, two linebackers, two cornerbacks, and no safeties have won the Defensive Rookie of the Year (DROY).
— One could frame that as six of the last 10 DROY were pass rushers or, at minimum, disruptors.
— Colts linebacker Darius Leonard is the only DROY not taken in the first round, although he was very close as the 36th overall pick in the 2018 draft.
— Eight of the last 10 DROYs were selected within the first 13 picks, while four were taken within the first three selections.
— Only four of the last 10 DROY award winners were on top-10 defenses, while only one was on a top-five defense.
— Only four of the last 10 DROY award winners were on teams with records better than .500. However, all four of those instances happened in the last five years.
— Aaron Donald at +900 had the longest odds out of the DROY winners this past decade.
— The reason Nick Bosa had +700 odds is because he first held out into late July and then sat out the entire preseason with an ankle injury.
— Seven out of the last 10 DROY had +450 or worse odds, while three of them had +200 or worse odds.