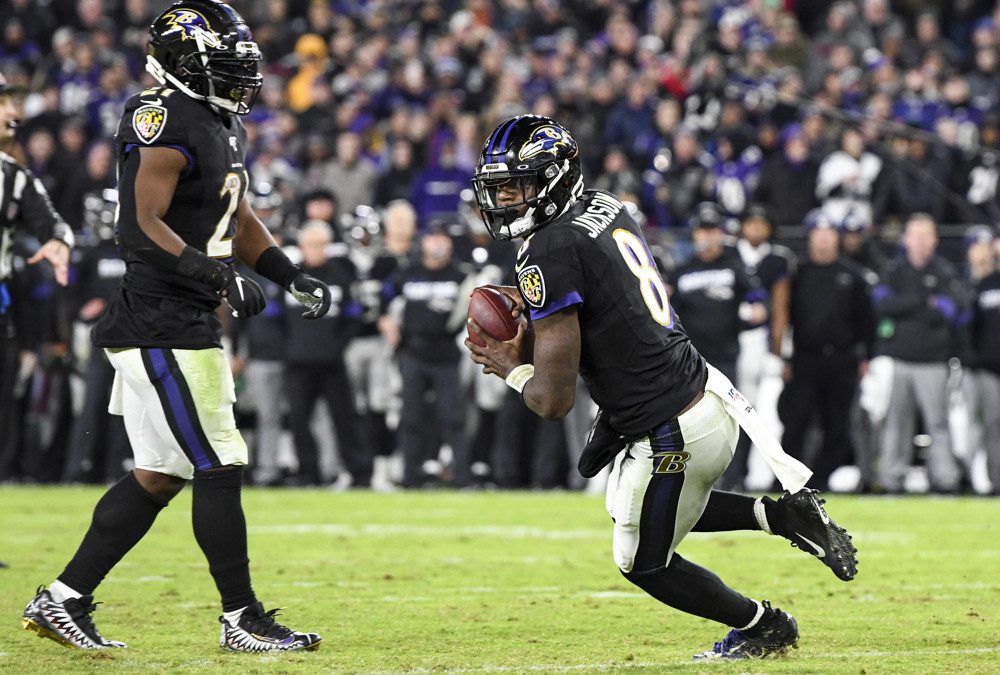 We don’t know exactly how good each NFL team will be come Week 1 of the 2020 season. And we definitely don’t know how good they’ll be come December. Injuries and unexpected performances will play a bigger role than what a schedule looks like in May.

So while we don’t want to overrate a team’s schedule, we do want to be aware of it while drafting. Here are the six biggest things fantasy owners need to know. Thanks to SharpFootballStats and Action Network for some of the data used below.

1. Jets headed for trouble early
The Jets have the NFL’s third-toughest overall schedule in terms of opponent win totals, per SharpFootballStats. But unlike the Giants, this schedule is not favorable to the offense. In the first nine weeks of the season, the Jets will play at BUF, vs. SF, at LAC, vs. BUF, at KC and vs. NE. The Bills, Niners, Chargers and Patriots project as four of the best defenses in the NFL and playing at Kansas City is a nightmare. The other three games in the opening nine (at IND, vs. DEN, vs. ARZ) are no picnic either.

Complicating this rough start is Sam Darnold breaking in two new starting outside wideouts in Breshad Perriman and Denzel Mims. Without a real offseason to work with, trying to build chemistry in the face of this early-season schedule is asking a lot. Jamison Crowder and Chris Herndon at least have a history with Darnold.

2. Tale of two halves for Bills
The first 10 weeks are as good as it gets for the Bills. That run includes home games against the Jets, Rams, Chiefs and Seahawks plus road games at Dolphins, Raiders, Titans and Jets. Josh Allen remains one of our favorite later-round QB targets and Zack Moss projects for a sneaky-strong role in the old Frank Gore role. However, things get tough quickly for the Bills following their Week 12 bye. From Weeks 13-16 (most league’s fantasy playoffs), they’ll see the Chargers, 49ers, Steelers, Broncos and Patriots. Three of those five games will be on the road and three of them will be in primetime. It’s something to keep in mind for the trading market as the season moves along.

3. Colts catch league’s softest schedule
The Colts face just three teams all season with a juice-adjusted win total of nine or more: Vikings in Week 2, Ravens in Week 9 and Steelers in Week 16. Sean Koerner of The Action Network has the Colts projected as favorites in nine games and never being at more than a 3.4-point disadvantage in power ratings. Only the Ravens, Chiefs and 49ers project as less than 3.4 in that category. It’s excellent news for all Colts, but particularly Jonathan Taylor and this run game. While pass-game question marks remain around Taylor, this schedule sets up quite well for run-centric game scripts.

4. The Big Dog shall eat
Similar to the Jonathan Taylor note above, it’s important for Derrick Henry to have positive projected game scripts. There are no signs that the Titans plan on expanding Henry’s pass-down role. So it’s worth noting that the Titans have the NFL’s second-softest win-total adjusted schedule and project as favorites in 10-of-17 games. Other than a Week 11 matchup at Baltimore, there are zero spots I’d be worried about Henry getting scripted out. The Titans catch three of the strongest defenses they’ll face (Steelers, Bills, Bears) at home.

5. Bucs, Panthers have Week 13 byes
The NFL scheduled zero byes in Week 12 but oddly built in two in Week 13. And those two happen to be the fantasy-friendly Bucs and Panthers. It’s certainly something worth considering if you play in a league where the playoffs start in Week 13 – like some of the large-field Best Ball tournaments have in the past. This would still not knock Christian McCaffrey out of the top spot, but it would give me pause on close decisions involving Mike Evans, Chris Godwin and DJ Moore.

6. Ravens close in dream spots
It’s extremely dangerous to project how good defenses will be in Weeks 15 and 16 aka the typical fantasy playoffs. But it’s hard to dream up a better set than the Ravens have. They’ll host the Jaguars in Week 15 and then stay home to host the Giants in Week 16. And if you have a Week 14 playoff game, Ravens at Browns projects as a fine spot.

7. There will be panic on Danny Dimes
Daniel Jones is one of my favorite late-round quarterback targets. From Week 8 on last season, he was fantasy’s QB5. Now he enters his second NFL season with a vastly improved offensive line and major upgrades in weaponry health. Evan Engram, Saquon Barkley, Golden Tate and Sterling Shepard all missed time at various points last season. Note that Jones — thanks in part to quietly strong rushing equity — went over 30 DraftKings points an outrageous four times in his 12 starts last year.

The problem for season-long players is the Giants’ opening schedule. All four of their opening month opponents project among the leaders in yards per play allowed: vs. PIT, at CHI, vs. SF, at LAR. It’s tough to enter the season with Jones as your QB1 in a 1-QB format given those opening matchups. But after that, we’ll be able to buy Danny Dimes cheap. And in the next nine weeks, he gets DAL, WAS (2x), PHL (2x), TB, CIN, SEA and ARZ. Those are all potential nice spots for Jones to resume his assault on 30-point fantasy games.