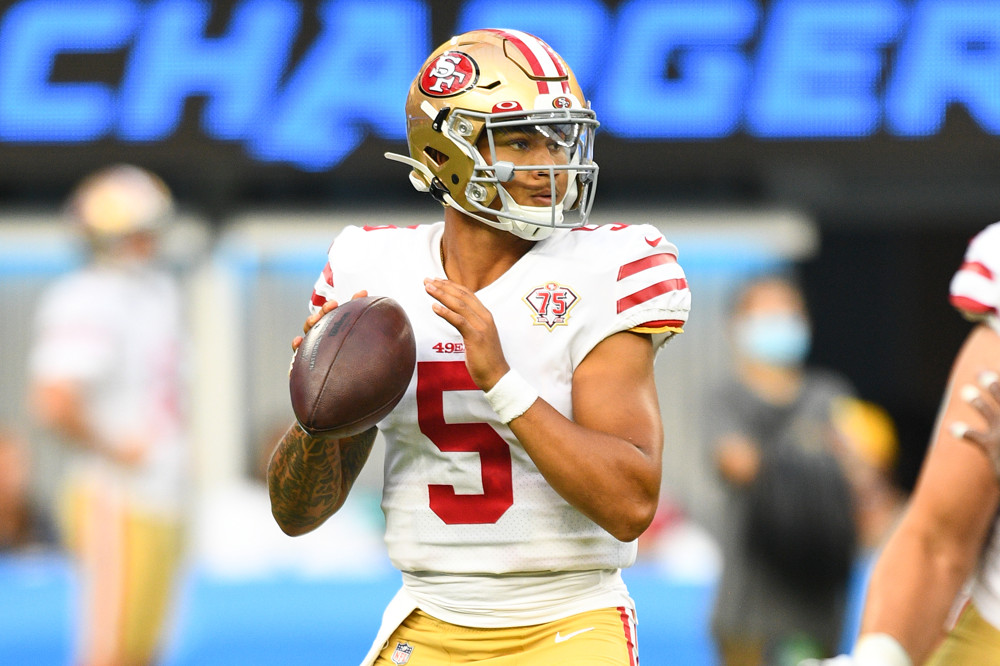 NFL rosters are far from being finalized and we’re still roughly a month away from knowing the schedule order, which means that any awards bet made now comes with a few forms of uncertainty. That uncertainty can result in some interesting value options, which we’ll discuss some of here for the MVP, Coach of the Year, and Comeback Player of the Year markets two weeks away from the draft.

I got my Lance MVP exposure at 66:1 when I wrote this a little less than a month ago, but he’s still a solid value at 50:1 odds as the 49ers are well positioned to compete for the top spot in the NFC this season. If Lance is the opening day starter, we can reasonably expect his MVP odds to end up in the 30:1 range, where he’s just about drawing dead if Jimmy Garoppolo starts in Week 1. It’s worth noting that Fox Bet does not currently have MVP odds listed for Lance, though they do have Garoppolo available at 50:1 odds.

The additions of premium offensive tackle Terron Armstead and game-breaker Tyreek Hill have raised the ceiling for the Dolphins’ offense, which is why Tua’s best MVP odds have fallen from 175:1 in mid-March down to the 100:1 price you can now get at BetMGM. Tua’s path to outproducing the litany of dynamic passers in the AFC is pretty narrow considering what he’s done in his professional career to this point, but we can reasonably expect his opening-day MVP line to be closer to the 50:1 range considering the high-end upgrades to Miami’s offense and their now 9-game win total.

Coach of the Year

In each of the last two years, the Coach of the Year race has not been decided until the very end of the season, and certain teams resting starters in the final week has had an impact on those outcomes. That’s among the reasons I’m more likely to make my first Coach of the Year bet in season than in any other major awards race. With that said, Pederson is a massive upgrade over the Urban Meyer debacle from last year and he’s taking over the team with the worst record in the sport last season. That leaves the Jaguars with plenty of room to significantly exceed expectations if second-year signal caller Trevor Lawrence takes a leap this year, which is why Pederson is an interesting value play here.

If you’re debating a bet on Daniel Jones to win Comeback Player of the Year at roughly 7:1 odds or you’re otherwise bullish on the Giants given their very manageable schedule, Daboll’s 20:1 odds at both DraftKings and PointsBet warrant consideration.

Comeback Player of the Year

Mack is in the 25:1 range for Defensive Player of the Year at most books currently, which makes his 40:1 Comeback Player of the Year availability an interesting value option if you want to bet on a big year from Mack. Lining up on the other side of Joey Bosa could result in Mack seeing the most one-on-one opportunities of his career to date.

Robinson is only listed on FanDuel as a Comeback Player of the Year candidate, and there are an abnormal number of players with a realistic path to competing for this award without any slam dunk favorite like Dak Prescott and Joe Burrow were last year (which we’ll discuss more as we get closer to opening day). However, Robinson, who turns 29 this August, just signed a three-year deal for $46.5 million (with $30.75 million of it guaranteed) to play for the defending-champion Rams where he’ll get to enjoy the first dose of high-end quarterback play of his entire career.

Fuller has still not signed with a team yet, but he would instantly become an interesting Comeback Player of the Year longshot if he landed in either Cleveland or Green Bay.

Jameis Winston breached 5,000 yards passing the last time he played 16 games in a season (in 2019 for Tampa Bay), while former teammates Chris Godwin posted a 86/1,333/9 receiving line and Mike Evans went for 67/1,157/8 during that campaign. Thomas missed much of the 2020 season and all of last year due to an ankle injury, but if he can return to form, he’s in an interesting position to put up some significant production that could largely mimic the CPOY-winning performances from the Chargers’ Keenan Allen in 2017 and the Packers’ Jordy Nelson in 2016.