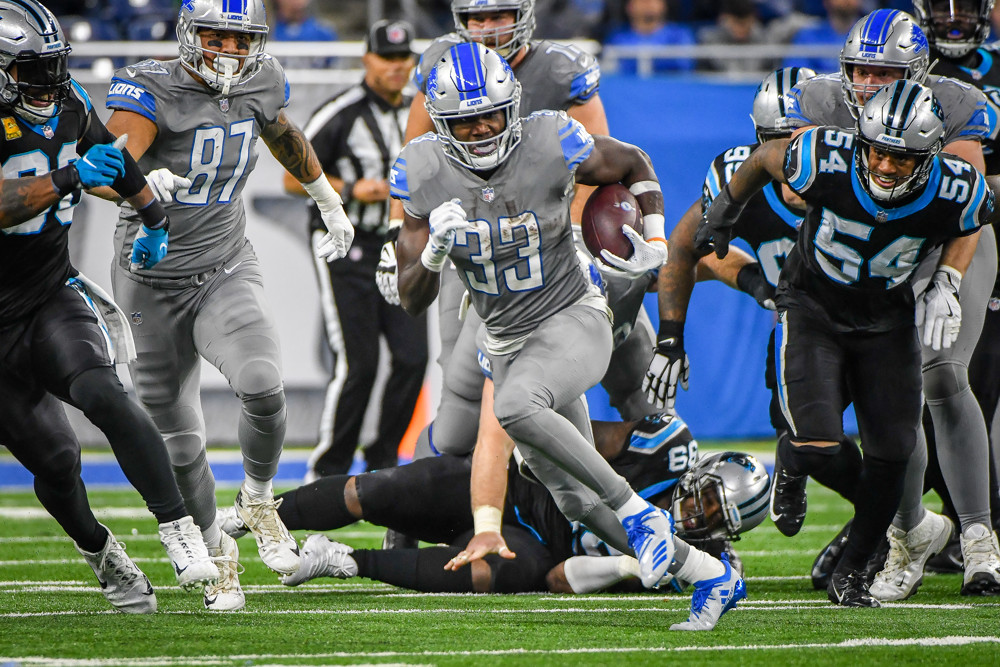 Evan Silva is constantly updating his Top 150 rankings, Tiers for Drafting and Team-by-Team Previews as news comes in. On this page, he’ll keep a log of those changes.

JULY 26
– Separated Vance McDonald, Jared Cook, and David Njoku into their own tier after previously tiering them with O.J. Howard, Evan Engram, and Hunter Henry. My own personal drafts led me in this direction because I wasn’t drafting either of the former three tight ends close to the latter three.

– Dropped Melvin Gordon from RB6 to RB13 based on increasingly-worrisome holdout concern.

– Hiked Kalen Ballage from RB45 to RB40 after he opened Dolphins camp as first-team back.

– Dropped Nick Chubb from RB8 to RB9 after reevaluating/testing my ranks in actual drafts.

– Raised Marquez Valdes-Scantling from WR45 to WR36 as Packers expected clear-cut No. 2 WR.

– Downgraded Joe Mixon from RB6 to RB8 due to general concern with offense.

– Hiked Tyler Boyd from WR34 to WR26 due to higher ceiling after AJG injury.

JULY 29
– Dropped Ezekiel Elliott from RB2 to RB3 based on holdout risk.

JULY 30
– Dipped A.J. Green from WR21 to WR30 based on further discouraging news.

– Dipped Marvin Jones from WR30 to WR36 after testing my rankings in drafts.

– Dumped Jarvis Landry from WR27 to WR35 after testing my rankings in drafts.

AUGUST 1
– Dropped Ben Roethlisberger from QB12 to QB13 after testing my rankings in drafts.

– Hiked Dalvin Cook from RB10 to RB8 after testing my rankings in drafts.

AUGUST 2
– Dipped Ito Smith from RB49 to RB57 with uncertain grip on Falcons No. 2 RB job.

AUGUST 3
– Moved A.J. Green from WR29 to WR33 after testing my rankings in drafts.

AUGUST 4
– Jumped Miles Sanders from RB30 to RB24. Over injury, outplaying competition in camp.
– Removed D’Onta Foreman after he was cut by the Texans.
– Added Giovani Bernard as RB59.
– Dropped James Washington from WR44 to WR53 due to lost ground in camp battle.

AUGUST 9
– Dropped Antonio Brown from WR12 to WR15 after turbulent start to Raiders tenure.
– Hiked Jamison Crowder to WR48 after he showed impressive bond with Sam Darnold early in camp/preseason.

AUGUST 13
– Raised Jimmy Garoppolo from QB24 to QB20 after testing my rankings in drafts.

AUGUST 14
– Hiked Jaylen Samuels from RB51 to RB47 after testing my rankings in drafts.

AUGUST 17
– Flipped Le’Veon Bell (RB7 to RB6) and James Conner (RB6 to RB7) based on increasing confidence in Jets offense.
– Hiked David Montgomery from RB29 to RB21 as it becomes increasingly clear he’s sewn up Bears No. 1 RB job.
– Raised Tevin Coleman from RB31 to RB26 with grip tightened on 49ers lead-back duties.
– Flipped Austin Ekeler (RB32 to RB31) and Darrell Henderson (RB32 to RB31) after testing my rankings in drafts.

AUGUST 24
– Dropped Kerryon Johnson from RB12 to RB16 based on preseason RBBC usage with C.J. Anderson and Ty Johnson.
– Dropped Cam Newton from QB7 to QB10 after mid-foot sprain in preseason.
– Raised Austin Ekeler from RB31 to RB28 with Melvin Gordon‘s holdout at standstill.
– Flipped Ezekiel Elliott (RB3 to RB4) and Alvin Kamara (RB4 to RB3) due to Zeke’s holdout.
– Hiked Darren Waller from TE28 to TE22 due to restored health, clear pathway to starting job.
– Inched up Allen Robinson from WR25 to WR23 during clean-sweep review of positional tiers.
– Skyrocketed Duke Johnson from RB33 to RB24 when Lamar Miller went down in preseason.
– In holding pattern on Lamar Miller until we find out extent of injury, but it looked serious. Scratch off cheatsheets for imminent drafts.
– Inched up Will Fuller (WR32 to WR29) and Sammy Watkins (WR33 to WR30) during clean-sweep review.

AUGUST 26
– Dropped James White from RB31 to RB33 after testing my rankings in drafts.
– Dropped James Washington from WR50 to WR54 based on nonexistent first-team preseason snaps.
– Hiked Michael Gallup from WR52 to WR46 due to big camp/preseason, Amari Cooper foot concern.

AUGUST 30
– Skyrocketed Tony Pollard from RB37 to RB28 with Jerry Jones saying Ezekiel Elliott won’t be there in Week 1.
– Removed Dontrell Hilliard from Top 150 amid indications he may lose Browns No. 2 RB job to D’Ernest Johnson.
– Added Gus Edwards to Top 150 as candidate for 9-11 touches per game alongside Justice Hill behind Mark Ingram.
– Dropped Le’Veon Bell from RB7 to RB9 due to slow-start concerns based on usage, early-season schedule.

AUGUST 31
– Skyrocketed Devin Singletary from RB57 to RB41 following LeSean McCoy‘s release.
– Standing pat on LeSean McCoy in Top 150 for now because I believe he will resurface.
– Reports emerged Saturday of Dallas nearing a long-term extension with Ezekiel Elliott that would return Zeke to the Cowboys’ roster by Week 1. I will keep Zeke at 1.04 in the Top 150 for the foreseeable future. Tony Pollard enters a sort of holding pattern with his fantasy outlook so heavily contingent on Elliott’s status. This has been a difficult situation to predict with so much public posturing by Jerry Jones, but I’m satisfied we never wavered much on Zeke. I’m still keeping Elliott behind Christian McCaffrey, Saquon Barkley, and Alvin Kamara because Elliott missed all of training camp — potentially increasing his injury risk — and could see a bit of a reduced early-season workload after Pollard showed so well in camp and preseason.