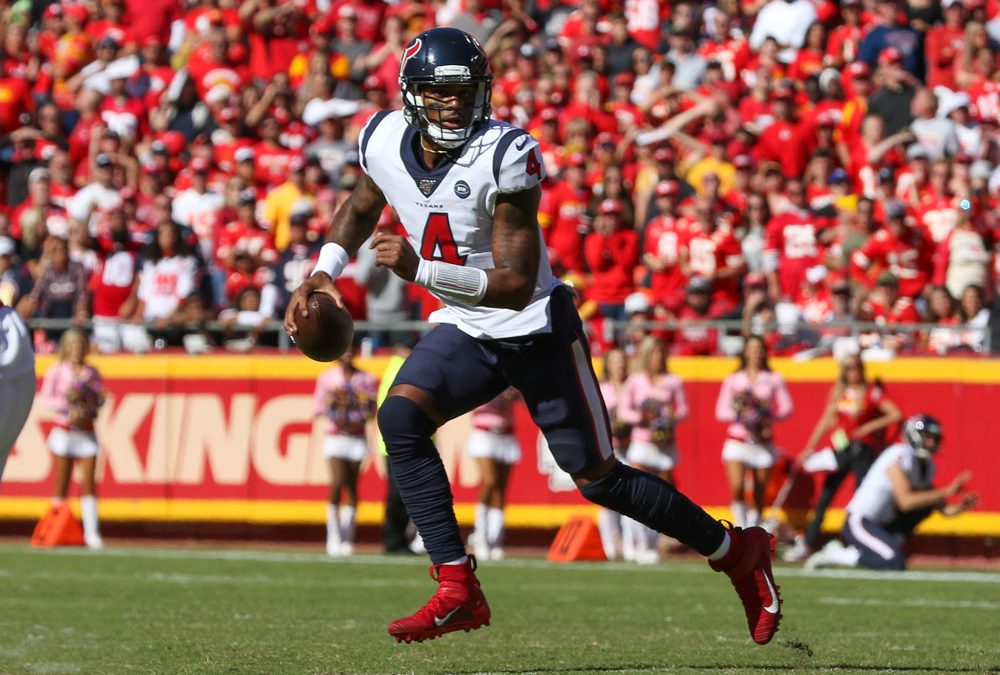 Welcome to the Thanksgiving edition of Snaps & Pace, where we examine trends in play volume and game pace. It is meant to be a 30,000-foot view of upcoming contests, with the goal of identifying which matchups will – and which will not – be played on fertile fantasy soil. For a primer on why this is important, click here.

Annually the most enjoyable DFS slate of the season, Thursday’s three-pack features only a single elevated point total amidst play-volume questions in all three matchups. From the Lions’ fickle snaps pace, to a DL/OL mismatch in Dallas, to the usual barely-legal assault that is Ravens-Steelers, Thanksgiving serves up nearly as much potential disaster as it offers ceiling outcomes. Right on brand.

Let’s see if we can flesh out which matchup offers the most pace-based upside, and maybe exorcise some ghosts of Thanksgivings past.

The good news is we know which Texans to start in fantasy, and it’s been most glorious since Bill O’Brien was demoted to yelling at his lawnmower. The bad news is the list of startable weapons is short, due in large part to thin play volume. Thankfully, Deshaun Watson is feeding Brandin Cooks and Will Fuller to such a degree that we can lock them in. As for the rest of Houston’s pass catchers, there are too many involved – even on days when David Johnson, Randall Cobb, and Kenny Stills are sidelined and Watson is dealing. The Texans had their way with the Patriots on Sunday and still stacked only 56 plays. Houston averages the third-fewest snaps during the last month (57.3) and is dead last on the season (58.5).