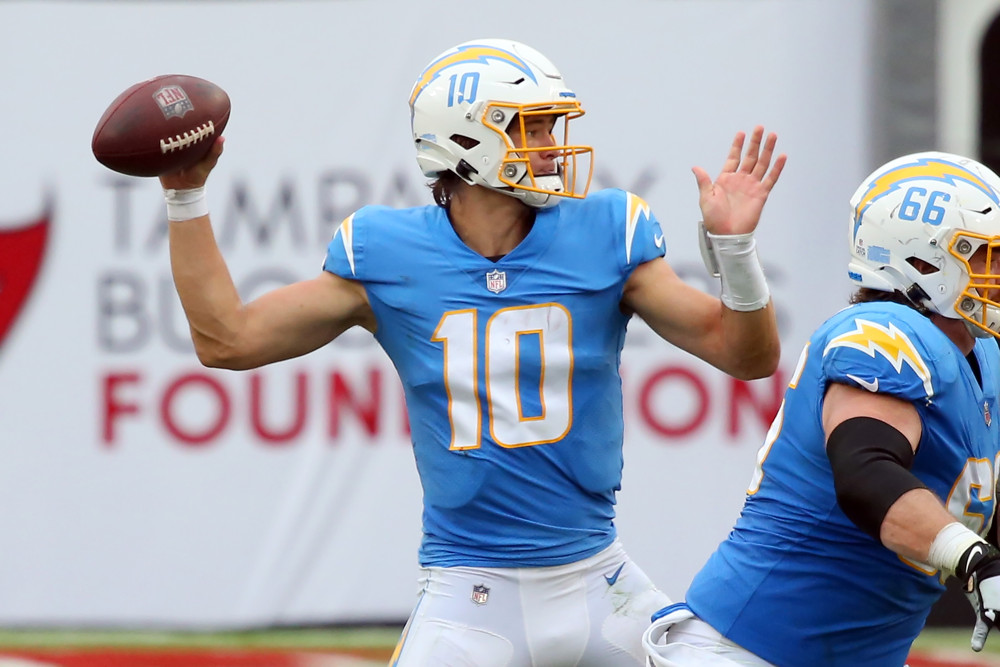 Welcome to the Week 12 edition of Snaps & Pace, where we examine trends in play volume and game pace. It is meant to be a 30,000-foot view of upcoming contests, with the goal of identifying which matchups will – and which will not – be played on fertile fantasy soil. For a primer on why this is important, click here.

With no one on bye, it feels like a normal week of games despite six teams already having played. Of course, there are only three games in the late window, and two involve slow-moving pace anchors. Fortunately, the Chiefs and Bucs should wrap up the main slate in style – assuming 4:25 p.m. isn’t too late for Tom Brady.

After a frustratingly conservative Week 10 game plan against the Dolphins, we got our Chargers back on Sunday. They passed on 70% of situation-neutral plays (fifth highest), and boosted their early-downs pass rate from 51% (17th highest of Week 10) to 68%, which ranked second highest on the week. Los Angeles pumped out a meaty 78 plays, and their 34-28 victory produced a windfall of useful fantasy performances. If only they all followed our plans so well.