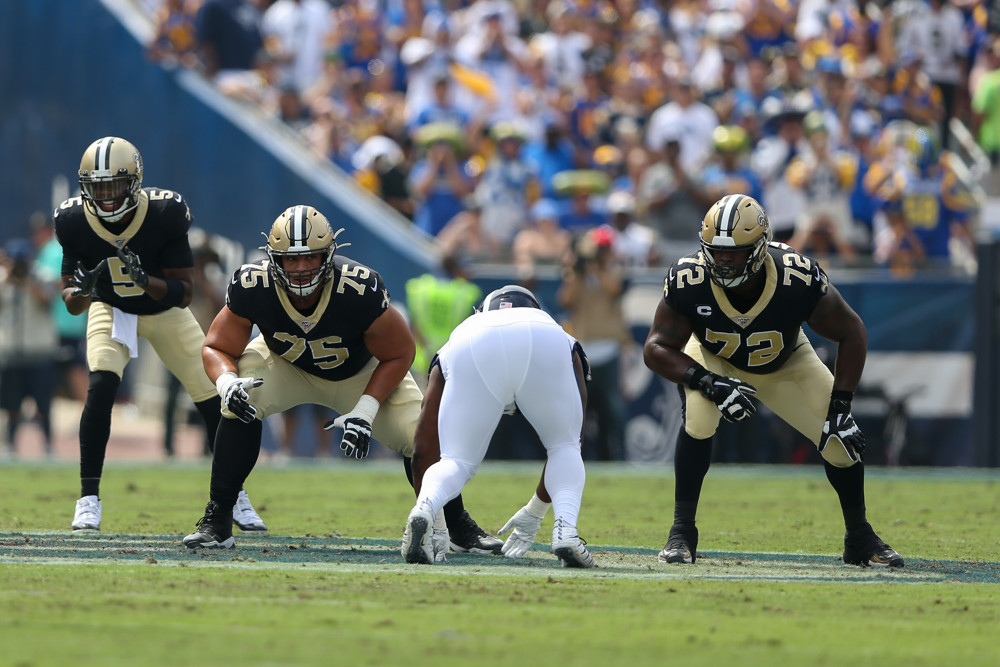 Offensive line play remains one of the most underrated pieces of the NFL puzzle. Relatively few people go in-depth on the subject even though it has a massive impact on the outcome of games.

I specialize in evaluating trench play. The primary factors I use to arrive at these rankings are my game-film evaluation of each individual offensive lineman, 2019 performance as a unit, age, experience, continuity, and coaching.

It’s important to note that most teams evaluated are done so with built-in expectations of variance that could bump them up or down a tier depending on how training camp plays out with regard to injuries, position battles, and chemistry.

Editor’s Note: Our Draft Kit costs just $34.99 and comes with a $25 coupon to use at FFPC. It includes Evan Silva’s Top 150 and Tiers, Sleepers, Busts, Rankings for all formats and tons more. Click here for more details.

Notes: The Saints have put on a masterclass at building their offensive line over the last couple of seasons through outstanding scouting, evaluation, and development of the position. All five projected starters are homegrown first, second, or third-round draft picks and three of the five are on rookie deals. Two of those on rookie deals are excellent players at their respective positions (Erik McCoy and Ryan Ramczyk) while the lowest drafted of the unit (Terron Armtead, round three) is their best player and arguably the best left tackle in the NFL.

Due to the front office’s shrewd execution in the draft they’re allocating just $28M of their salary cap (26th lowest with the league average at $39M) towards an elite offensive line (1st adjusted line yards).

They continued their strategy of dedicating premium draft capital towards the position this off-season after cutting Larry Warford by drafting 2020 first-round pick Cesar Ruiz. I’ve heard word that the plan is to slide McCoy to guard to replace Warford with Ruiz taking over at the pivot. There may be an uncomfortable adjustment period over the first several weeks of the season, but over time as they each settle in there’s a good chance of them at least reaching the level of McCoy and Warford were at last season. With an average starting age of 25, no glaring weaknesses, and everyone locked up through 2021, this unit stands above as the clear-cut top unit in the NFL.