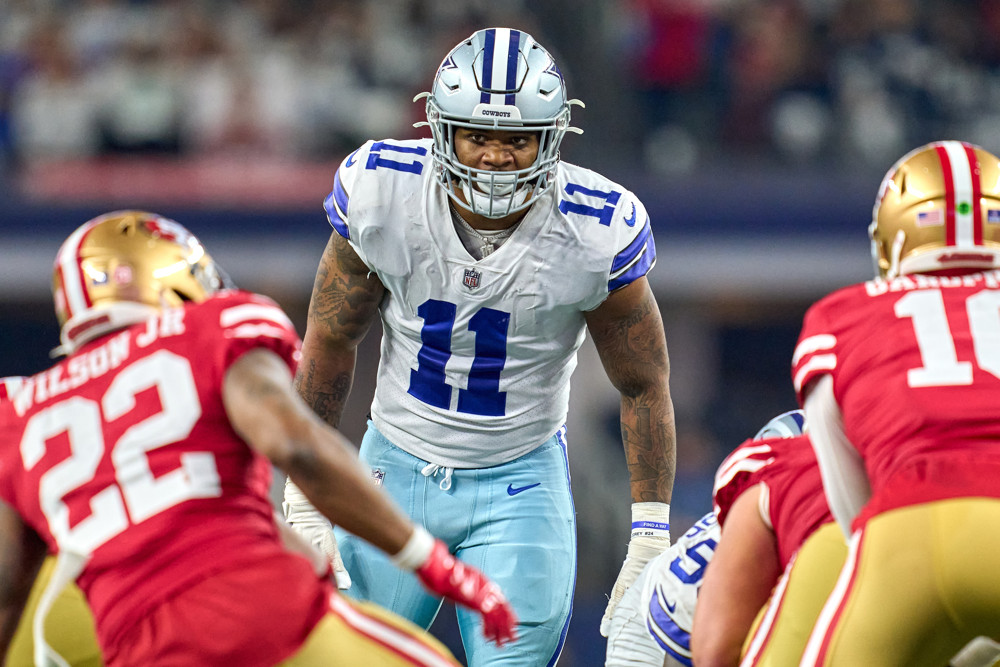 I’ve been studying NFL football and specifically line play for the last seven years. And there hasn’t been a more talent-rich, deeper position group than the defensive line. The biggest, fastest athletes on the field naturally gravitate towards the defensive side of the ball early in their lives and it bleeds into the college and pro levels. Combined with as nuanced and refined of an approach as ever before relative to the technical development of the position, specifically pass-rush tactics, has resulted in pass-protection being the most difficult (and arguably valuable) job in the NFL outside of playing quarterback.

These rankings will be useful in many ways. The most important component of picking a fantasy D/ST is their ability to put pressure on the quarterback. Start/sit decisions at quarterback and DFS projections should always include the opposing pass rush. In betting markets, line play has far more meaningful than the public believes.

My criteria for ordering all 32 pass-rushing DLs is predominantly based around film study, which included watching every game of the 2022 season at least once, focused strictly on the trenches. My process for evaluation is rooted in trait-based evaluations that assess skill-sets, physical tools/traits, level of competition, production, and coaching. Combined with a preexisting knowledge of the majority of pass-rushers from previous seasons of film study, personal insights from many of the players themselves, and dissecting some advanced metrics, this list was born and will be updated each week during the regular season.

Most teams have one defensive tackle that comes off of the field and/or an edge-rusher that kicks inside on obvious passing downs, so these lineups factor that in and represent the best rushers listed at each position

The Cowboys have been an electric pass-rush throughout the season thanks to excellent edge talent, depth and defensive coordinator Dan Quinn moving their best players around to create advantageous matchups. Dallas doesn’t have great interior rushers aside from versatile chess-piece Dorance Armstrong Jr., but get by with extensive stunts and line games led by superstar Micah Parsons and DeMarcus Lawrence’s ability to dominate one-on-one matchups (69 pressures and 12 sacks between them).

Philadelphia has the best overall depth in the NFL up front with a well-rounded collection of rushers that can win at a high-level using speed (Haason Reddick, Josh Sweat, Robert Quinn) and power (Javon Hargrave, Fletcher Cox, Brandon Graham). Reddick, Sweat and Hargrave have a combined 82 pressures this season. Reddick and Hargrave have the most combined ‘high-quality sacks’ among edge/interior teammates in football, signaling their ability to get home using a high degree of skill. With a high-octane offense on the other side of the ball their pass-rush has been able to have a lead at their back nearly all season and rush on a lot of obvious passing downs, which has helped them isn’t likely to change anytime soon barring injury.