What to Look For in WR Prospects 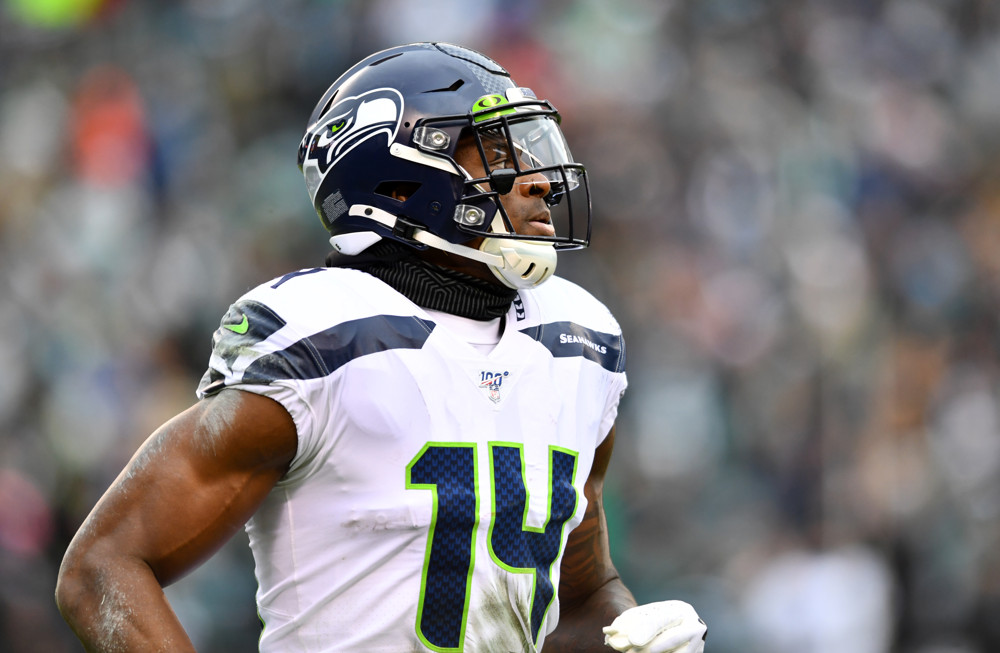 Wide receiver is a position we tend to value highly in dynasty leagues — they typically make up a large portion of the top of our rankings. As a result, it is the most critical position to evaluate heading into the NFL Draft. But what makes a WR prospect one that we should pay attention to? This is a breakdown of what to look for in WR prospects, and some items we will be looking for and discussing as we release our player profiles.

A similar relationship exists when looking at the total pool of prospects. It can be useful to look at a player’s first three years in the NFL when considering their impact in dynasty fantasy football. If a player has not hit within three seasons, it is likely that if he ever does, he isn’t still on the same team who selected him as a rookie. Looking at our WR database containing prospects since 2005, here was the percentage of players to average 15 or more points per game in at least one of their first three seasons by round.

Without looking at any other information, draft position stands to be an incredibly powerful data point.

While draft position does a lot on its own, there are certainly other data points that can improve our chances of finding successful players. Age and experience are two of the most powerful.

Let’s again consider a WR “hit” to be one who hits 15 PPR points per game within three seasons, and look at the same pool of players. If we consider only top-100 picks, here are the hit rates by prospect age at the conclusion of their final seasons.

Experience is perhaps even more powerful. By looking at the number of seasons removed from high school a player is, we see a huge split in results. Again, this is hit rate for top-100 picks only.

Combining draft position, age, and experience already gives us a massive leg up in attempting to find viable WR prospects.

This is a bit of a corollary to age and experience, but it includes a small statistical influence as well. Dominator Rating (dom) is a metric devised by Shawn Siegele that averages the percentage of team receiving yards and receiving touchdowns that a player accounts for. Coming from this is breakout age — the age at which a player first posts a Dominator Rating over 30%.

What we’ve learned over the years is that breakout age can be predictive of success. Here is a clean summary of hit rate by breakout age.

Again, things get interesting when we consider the year of a player’s career that he broke out rather than the age. Of course, we have some over-lapping signal here, but it’s certainly stronger for experience (I also modeled this out myself).

This marries nicely with our earlier finding that three-year prospects were the best-performing group on experience alone. In fact, we can create three distinct groups.

Athletic measurables are not typically something of great importance when observing WR prospects. In most modeling contexts, they will not appear as significant, with a lot of the signal likely being covered by other inputs. With that said, we can still get some quick-and-dirty thresholds that can give us a birds-eye view of what may be in store for a prospect. Using our database, these were relevant measurement cutoffs that increased the likelihood of a hit in a statistically significant way.

Looking back at past performance, these thresholds have held up. Of the 41 different WR1s over the past 10 seasons who we have the full slate of measurements for, 25 met the benchmarks in at least four areas. Only two (Cooper Kupp and Jarvis Landry) met just one.

You may see a variety of statistics referenced in our upcoming WR profiles. Here is the skinny on the most common ones you will see, along with abbreviations you may see for those stats.

Market Share of Receiving Yards (ms_rec_yd) — The percentage of team receiving yards a player accounts for. Only includes games in which he participated. Averages with market share of receiving TDs to create Dominator Rating (dom).

Market Share of Receiving TDs (ms_rec_td) — The percentage of team receiving TDs a player accounts for. Only includes games in which he participated.

Receiving Yards Per Team Pass Attempt (rec_yd_pta) — The average number of receiving yards a player is responsible per team pass attempt. This is a nice way to account for both efficiency and volume. It is the most valuable pure production statistic in modeling future performance out of those readily available. Only includes games in which he participated. Note that career receiving yards per team pass attempt (c_rec_yd_pta) is valuable in finding comparable WRs.

Market Share of Rushing Yards (ms_rush_yd) — The percentage of team rushing yards a player accounts for. Only includes games in which he participated. This statistic is valuable in finding comparable WRs.

Adjusted Yards Per Play (adj_ypp) — Yards contributed by the player per play, with a 2x multiplier given to receiving. Only includes games in which he participated. This statistic is valuable in finding comparable WRs.

Market Share of Touches (ms_touches) — The total percentage of rushes and receptions a player accounted for in games played. Essentially, how often is this player getting the football. Note that career market share of touches (c_ms_touches) is valuable in finding comparable WRs.

Weighted Breakout Age (x85BA) — A weighted average of breakout age and final age that attributes 85% to breakout age. This is an important adjustment to make in modeling to account for players who did not break out, or did so early. This statistic is valuable in finding comparable WRs.

Weighted Breakout Year (x85BY) — A weighted average of breakout year and total years that attributes 85% to breakout year. This is an important adjustment to make in modeling to account for players who did not break out, or did so early. This statistic is valuable in finding comparable WRs.