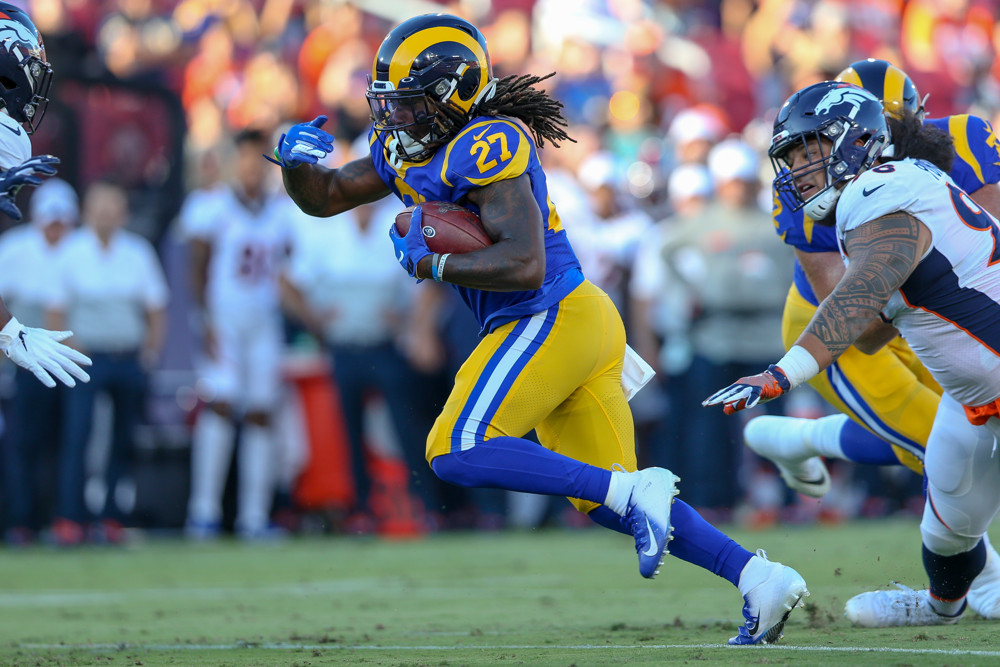 In the coming weeks I’ll be rolling out my Zero RB targets for 2020. But first I want to spend some time covering the strategy more generally. Below I’ve outlined what the Zero RB strategy is, why it works, where to use it, which RB profiles to target, and why 2020 is shaping up to be an ideal year for the strategy.

Editor’s Note: Our Draft Kit is just $34.99 and comes with a $25 coupon to use at FFPC. Click here to see our full content schedule and here for more details.

1. What is Zero RB and where did it come from?

Fundamentally, Zero RB is exactly what you’d expect it to be: you don’t draft RBs… for a while anyway.

The strategy was originated by Shawn Siegele in 2013, the same year he took 1st and 2nd place in the NFFC High Stakes Main Event. And it has since become a well known (although not always popular) high stakes strategy.

In Shawn’s original article he specified that he preferred to take, at most, one high upside RB through the first five rounds. And generally speaking, the strategy will have you mostly avoiding RBs in the high leverage rounds and then targeting RBs later in the draft when many of your leaguemates will be catching up at WR. But Zero RB isn’t just a set of prescriptions for how many RBs to take or when to take them. To use the strategy, it’s critical to understand how it works.

The first reason that Zero RB works is that drafters consistently overestimate the reliability of projections.

Projection error exists at every position, but RBs — despite being easier to project on a week-to-week basis than WRs — are particularly exposed at the season-long level. Let’s take Josh Jacobs as an example. He’s going 20th overall in FFPC ADP despite having just 20 receptions last year. Looking at projections though, Jacobs is a defensible pick in this range. You’ll typically find him projected for at least 30 receptions this season.

But what’s going on here is that projections have to account for the downside possibility that Jacobs isn’t used any differently than he was used last year–something that appears a little too likely for comfort after the addition of Lynn Bowden and a 2-year extension for Jalen Richard. And then, projections also have to account for the upside that Jacobs emerges as a three-down workhorse–in line with comments by Mike Mayock before the draft. But whatever middle ground a projector chooses for Jacobs–however sound that choice–it won’t be an especially likely outcome in and of itself. In fact, relying solely on that projection actually obscures Jacobs’ wide range of outcomes.

Jacobs is hardly the only player with a wide range of outcomes this season, but he’s a helpful example here because in many ways, how Jacobs’ season plays out is not up to him. Unlike a WR, he won’t get the chance to out compete his position-mates for targets. He’ll either be on the field for passing downs, or he won’t be. Therefore Jacobs–like many other early round RBs–is dependent on his team’s unknown/uncertain plans, to extent not typically found in early round WRs. When drafting Jacobs and RBs like him, it is important to remember that you are making a bet on his ceiling projection: that he emerges as a workhorse RB. You are not locking up a safe floor at RB, because spending high draft capital on RBs is not safe…

Antifragility is a term coined by Nassim Nicholas Taleb in his book The Black Swan. When something is fragile it is easily broken by chaos and volatility. When something is antifragile, it is not resilient to these forces, it is made stronger by them.

Therefore, when we say that Zero RB is antifragile, we mean that Zero RB drafters benefit from the chaos of the NFL season